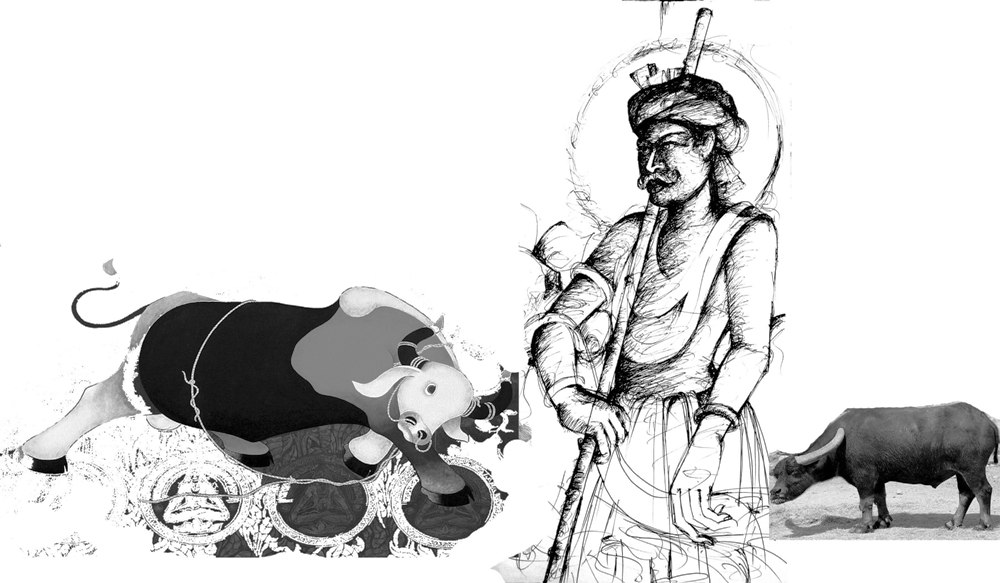 Jitendra Yadav, national President of AIBSF, who started the practice of celebrating Mahishasur Martyrdom Day at JNU after a long struggle with Brahmanical forces, said that the Day was important as it enabled us to know our history and our real heroes. Mahishasur Martyrdom Day, he said, was a movement of cultural liberation of the Dalitbahujans – a movement that stands up to Brahmanical domination.

He said that Mahishasur was the king of the original inhabitants of the country. When the Aryans invaded India, they were repeatedly vanquished in the battlefield by the well-organized army of Mahishasur. In the end, the Aryans decided to employ deceit. They sent Durga into the palace of Mahishasur. She lived in the fort for nine days and on the tenth day, she deceitfully murdered Mahishasur.

Outlining the programme of this year’s Mahishasur Martyrdom Day celebrations at JNU he said that besides students, leading academicians, social activists, journalists and politicians would be attending the function. The function, to be organized on 9 October, will begin with a one-minute silence in memory of Mahishasur. This will be followed by the speakers presenting their views on Dalitbahujan culture and history. The organization will also submit a memorandum to the Prime Minister demanding a ban on the festival of Dusshera, which celebrates murder. Yadav has also appealed to the youth of the Bahujan communities to maintain peace and order on that day.