According to the history written so far, the Indian subcontinent was never inhabited by the creatures called Asur, Rakshasa or Danav but Indian literature – including Ramayana, Mahabharata and the Puranas – have innumerable references to them. These creatures were huge, looked fearsome, practised black magic and their primary preoccupation was to harass the gods and the gentlemen inhabiting the Earth. Historians insist that the stories about demons actually refer to the struggle between Aryans and the non-Aryans, which continued for several centuries. But even those who see these tales in this context have no qualms accepting that Ram had returned to Ayodhya after slaying the ten-headed Ravana or that the residents of Ayodhya had lit earthen lamps to welcome Ram, Laxman and Sita. We have been celebrating both Dipawali and the slaying of Ravana for centuries if not millennia. 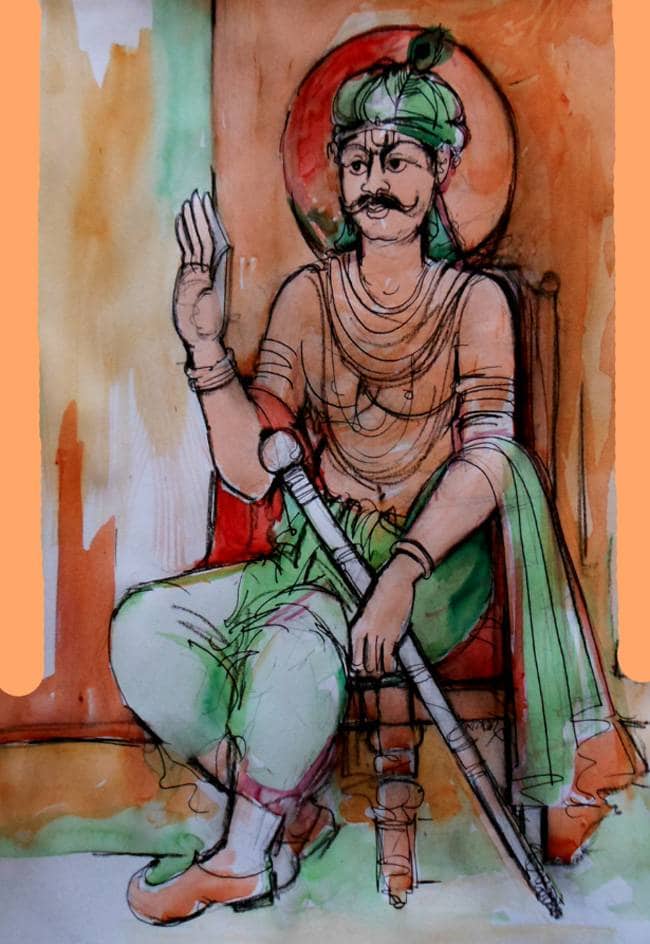 Similarly, in the northeast, Durga, who killed Mahishasur, is worshipped. Though the Bengalis have taken the practice of worshipping Durga to the states where they have migrated, Durga Puja is basically a festival of Bihar, Bengal and Odisha. Sometimes, one wonders why Durga Puja is confined mainly to the northeastern and eastern parts of the country and why the killing of Ravana is celebrated only in north India and not in the south. Similarly, Ramlilas are staged only in north India.

The religious scriptures and Puranas invariably depict the Asurs as unscrupulous villains but it is the gods who indulge in all sorts of deceit. The demons and the gods jointly churned the ocean but the invaluable things that emerged from the ocean, including Laxmi, ended up in the kitty of the gods; they also usurped the amrit (elixir of life) that the ocean threw up, and Rahu and Ketu were beheaded when they tried to partake of the elixir by surreptitiously joining the row of the gods. In the Mahabharata, after escaping from the fire in lakshagraha (house of lac), during their sojourn in the forests, Bhim, one of the Pandavas, happened to meet a Danvi. He spent some days with her and then returned to his own world, never looking back on how his son Ghatotkacha was brought up. Even then, Ghatotkacha did his duty towards his father by laying down his life in the battle of Kurukshetra. Innumerable comparisons have been made between the characters of ‘maryada purushottam’ (One who performs his duties ideally) Ram and ‘demon king’ Ravana. Though Ravana did kidnap Sita, he never misbehaved with her. On the other hand, Ram’s behaviour with his wife was entirely condemnable. He humiliated her on more than one occasion. Ram deceitfully killed Bali. Eklavya’s tale is testimony to how a guru sought the thumb of a Tribal youth to secure the future of his upper-caste disciple. All these Puranic tales have become the subject matter of intense and sometimes bitter debate over the last few years. First, the anger and frustration of the Dalits exploded, turning them into haters of the Brahmanical system. And now, the Tribals, too, are increasingly becoming bitter about how they are treated.

India’s ancient history, especially of the region that now covers modern West Bengal, Odisha and Bihar, is being analyzed from different angles. Among the historical works that are being dissected and discussed is W.W. Hunter’s Annals of Rural Bengal. Hunter’s formulation is that Vedic Brahmins and Manu established the religion of central India, ie the region that extends from the Himalayas to the Vindhyas. He contends the Aryans, who migrated from Central Asia to different parts of the world and laid the foundations of many civilizations, were the founders of Hinduism. The branch of the Aryans that migrated to India first settled in the area between two rivers of the northwest – Saraswati and Drishyawati. From there, they moved in the southeasterly direction along the course of the River Ganga, establishing settlements on the banks, eventually reaching Bengal. Manu describes this region as the region of Hinduism. Those who lived in this region, whose diction was clear and who were fair-complexioned were put in one class and whose diction was not clear, who were dark-complexioned and who consumed forbidden foods were put in another class – the class of Asurs.

The mixing of varnas

Before Hinduism, as propounded by Manu, could extend its influence, Buddhism arose and gained wide acceptance among the people outside this region. The kings here were not Brahmins or Kshatriyas. They were the original inhabitants of the country and were out of the pale of the varna system. Whether it be emperor Ashoka or the kings who ruled Bengal from their capital Gaud from AD785 to 1040, they were all Buddhists. In AD 900, Bengal’s ruler, Adhishwar, who considered himself a Hindu, summoned five Brahmins from Kannauj to perform Vedic yagnas and rituals. These Brahmins settled down on the eastern bank of the Ganga and married local women. When they were well settled, their wives from Kannauj joined them, and they moved ahead, leaving their local wives and so-called illegitimate children behind. From these illegitimate children were born Radi Brahmins and other castes such as Kayasthas. Thus the mixed race and castes that emerged were not only the result of intermarriage between members of different varnas but also between those in the varna system and those out of it. So, then who were the inhabitants of the erstwhile Bengal, which included Virbhoom and Maanbhoom? Hunter, quoting pandits, divided them into five broad categories: 1. Non-Aryan Tribals. 2. Vedic and Saraswat Brahmins. 3. Kshatriyas driven away from central India by Parshuram, along with a sprinkling of Vaishya families, who could not proceed beyond Bihar. 4. The descendants of the Brahmins who had come from Kannauj and 5. Kshatriyas, Rajputs, Afghans, and Muslim invaders from north India. None of these communities were part of Manu’s varna system. The Brahmins of central India called the Bengali Brahmins Radis and neither dined with them nor had matrimonial relations with them.

Thus the people of Bengal were divided into two camps: The invader Aryans, who enjoyed Brahmin-like status and the Tribals, whom the Aryans had encountered there and whom they were pushing deeper and deeper into the jungles. Aryans were so intoxicated with their sense of superiority that they started considering Tribals sub-human – even likening them to animals. There were many reasons for their hatred for the Tribals. First, the Tribals were dark-complexioned; second, they spoke a language, which, according to Aryans, had no grammar; third, the way the Tribals ate and drank; and fourth, they did not perform any rituals, did not worship Indra and had no god of their own. In the Vedic hymns, they were referred to as Dasayan, Dasyu, Daas, Asur, Rakshas, etc.

Sushma Asur, a Tribal poetess, says that the practice of Durga Puja, which, in fact, is a celebration of the murder of Asurs, should be stopped. Mahishasur and Ravana are not only Asurs but also heroes of the tribal community. In the Vedas, Puranas and Brahmans, the Tribals have been wrongly portrayed as villains. The Tribals have always resisted discrimination and exploitation. There are many traditions and legends of Asur, Munda and Santhal Tribals, which are records of tribal resistance. Since the non-tribals don’t understand tribal languages, they think the Tribals have nothing against Hindu myths and the racial outlook on which they are based.

We often talk of the ‘collective consciousness’ of Indian society. But does our society really have a ‘collective consciousness’? And if it is there, can it survive in the face of the racial discrimination practised here? Do we ever think what must be going through the mind of a Tribal when he sees the grand Durga pandals, huge idols and ten-day celebrations of Durga Puja? Or, are we waiting for a time when he would start celebrating the slaying of his own ancestors? That is somewhat unlikely as a bitter battle is already on between the Tribals and the non-tribals over the cultural model adopted by our policymakers.

Vinod Kumar is a journalist, novelist and an activist. His novels Samar Shesh Hai and Mission Jharkhand, based on Jharkhand society, have been well received. He writes regularly on political, tribal and cultural issues