After Dr Bhimrao Ambedkar, it was Kanshiram who took the Bahujan movement to the small towns of north India. He had the same complaints against the mainstream media as Dr Ambedkar. When Kanshiram was touring the country to forge a common front of the Bahujans, he used to tell the audience at his public meetings that the entire Indian media was in the hands of Brahmins and Banias and that was why it neither had any place for people like him nor for movements launched by them.

In the period when he was establishing and strengthening BAMCEF, the media figured prominently in his speeches. According to Kanshiram, the media’s policy was of ‘blackmail and blackout’. “They cannot publish any news about our activities. Our second national convention was held in Delhi. It lasted five days but no newspaper published even a single line about it,” he said. When the ‘mainstream’ media actually published news of any of his activities, he would be amazed. He also referred to one or two such instances in his speeches. 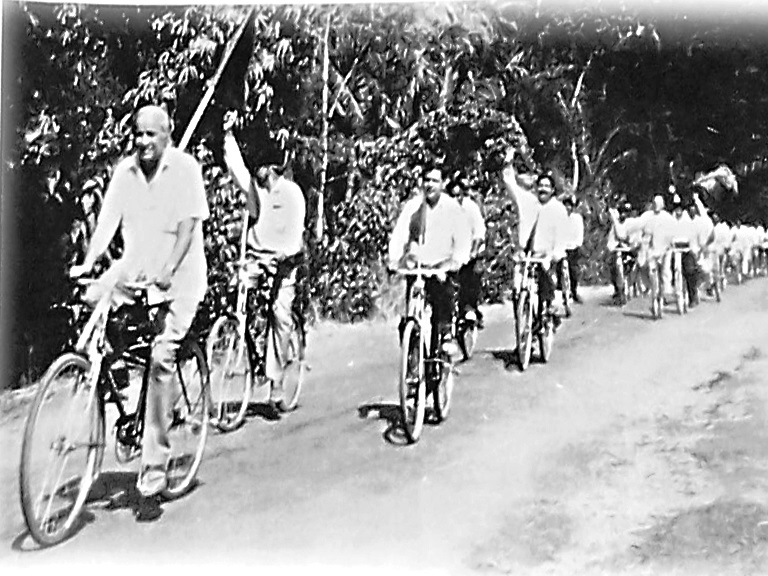 After the death of Kanshiram on 9 October 2006, his admirers have been trying to collect all his speeches and writings and publish them, as was done in the case of Ambedkar. As a part of this endeavour, after publishing a collection of his interviews and editorials published in The Oppressed Indian, A.R. Akela has compiled a collection of Kanshiram’s historic speeches, which he plans to publish in several volumes. Kanshiram’s speeches are important because they were part of his mission to forge an organization of Bahujans. His speeches repeatedly refer to his experiences with, and his plans for, the media.

The publication of Hindi weekly Bahujan Sangathak started on 14 April 1980 – the most important date for the Bahujan movement. Kanshiram was its editor. Reports of his speeches were carried by the weekly.

The collection of speeches begins with his explanation of why Bahujan Sangathak was needed. On 24 November 1980, Kanshiram told the Bahujan community about the importance of daily newspapers in these words: “Daily newspapers come out every day and we read them. They influence us and bring changes in our attitude. The country’s dominant classes and castes had realized this at the beginning of the British rule and surely but streadily they brought the daily newspapers under their control. Ultimately, their control over the daily newspaper business was complete. This created many problems for the Dalit castes.” Then Kanshiram also makes an appeal to the Bahujans: “Those who are saddened by the fact that the privileged, prosperous class has come to control the minds of the Dalits and the exploited lot, they will have to take some steps to remedy the situation. They will have to break the stranglehold of the dominant class on the dailies.” When he started the publication of Bahujan Sangathak, he was well aware of the fact that it may not last more than a couple of issues. He used to say in his speeches that the members of his community must have launched thousands of publications but none survived more than one or two issues. He emphasized the need to not only start publications but also to ensure that they last.

A bare reading of the collection of his speeches is enough to see why Kanshiram, during the initial days of his movement, laid equal stress on collecting resources, motivating people, sharpening organisational skills and developing Bahujan media. A mobile exhibition on Baba Saheb Ambedkar travelled with him. The idea was to introduce people to the contribution of Ambedkar. For him, such fairs were the primary means of communication.

Kanshiram knew very well what medium would be best suited for inspiring and influencing the community he was targetting. At the time when Kanshiram was preparing the ground for the Bahujan movement through BAMCEF, according to him, about 30 per cent of the Dalits knew nothing about Dr Bhimrao Ambedkar. Kanshiram knew that merely introducing this section of the people to Ambedkar would help turn it into a potent weapon for raising political consciousness and bringing about social change. He used to boost the confidence level of the Bahujan community by making claims which, perhaps, even he knew were hollow. For instance, he told his audience that in 1991, the year of Ambedkar’s 100th birth anniversary, 55 dailies in different languages would be launched from different parts of the country and more than 100 magazines on different subjects would also start publication. He also said that the poor were the owners of the country and that they should write on the walls of their houses in bold relief that “I am the owner of this country”.

The constitution of the BSP was the culmination of a long process. Kanshiram began by building his base among government officers and employees. Although only government servants were members of the BAMCEF, its message was travelling far and wide in the Bahujan community. Though it may sound strange, it is a fact that in his speeches, he never referred to atrocities against Dalits. He never recounted instances of oppression.

The fact of the matter is that beaming a message to a community or society is ann art that is difficult to master. Which message will inspire a community and which will dampen the spirits of one’s opponents is something that requires a razor-sharp mind to determine. Its execution requires an equally strong political acumen. Kanshiram inspired confidence among his audience without taking the aid of the mass media. He used to tell his audience in simple yet effective language that when the British left India, the number of class one and two officers in the country was merely a dozen and then it had grown upwards of two lakh. There were 20 lakh educated employees. The number of graduates had crossed the five-lakh mark. Thus, he insisted that it was wrong to think that the movement lacked resources in any way.

The current compilation of speeches could be prepared only because A.K. Maurya and Kundan Lal, two committed activists of the movement, collected and kept the issues of Bahujan Sangathak safely. That helped A.R. Akela immensely as he could get access to important literature dealing with the initial days of the Kanshiram-led movement.

It was Kanshiram’s message that the Bahujans need not depend on the publications of others that inspired a section of Bahujans to preserve their own literature. In the foreword to the collection, Daddu Prasad writes, “The publication of the speeches of Kanshiram carried in the issues of Bahujan Sangathak up to 5 April 1982 is of great importance for the Bahujan movement, especially since the speeches have been published without any explanations and /or interpretations. No one with financial means came forward for this work and those committed to Kanshiram and his ideology completed it against all the odds.” 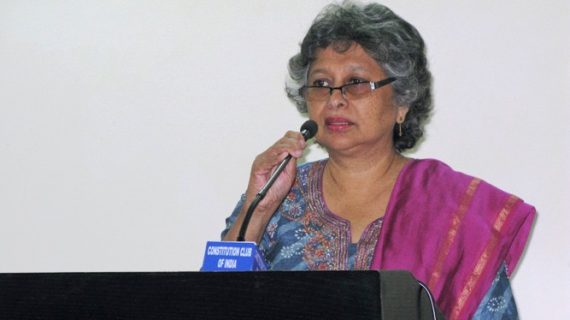 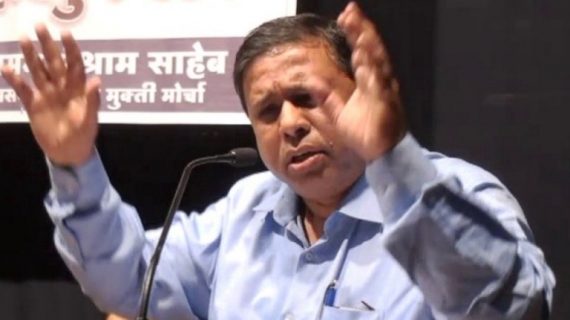