BHATINDA (Punjab): A play Khetan Da Putt, based on the poetry, life and diaries of the revolutionary poet Avtar Singh Pash was staged at the Punjab Central University on 9 September – the poet’s birth anniversary. The play begins with Pash’s poem Sapne Har Kisi Ko Nahi Aate (Not everyone dreams), and depicts his thoughts about society, family, farmers and workers. It presents all aspects of Pash’s personality before the audience. Pash was as radical in his personal life as in his writings. The audience was moved by the last act of the play, which showed the gunning down of Pash by the Khalistanis and included recitation of one of his poems. 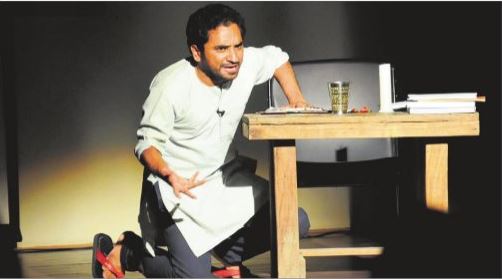 Rana Ranbir, who wrote the play and also acted in it, said that few poets talked about the rights of the common man and Pash was one of them. Before the play began, Vice-Chancellor Prof R.K. Kohli dwelt on the social importance of literature and Prof Chamanlal recalled the time he spent with Pash.