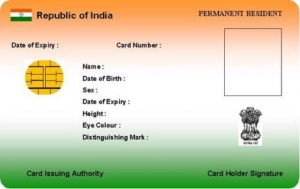 Mumbai: The government of Maharashtra will be introducing user-friendly smart cards in lieu of caste certificates. “We are going to introduce this revolutionary scheme from March. The smart card will be issued in the name of the head of the family and the name of dependents will be mentioned on them,” said Dilip Kamble, the minister of state of social justice, adding, “Citizens will be asked to submit their existing caste certificates, following which the smart cards will be issued to them.” The process of issuing the smart cards – to members of SC, ST, OBC and VJNT (Vimukta Jati and Nomadic Tribes) sections – will be completed in a year’s time. The government’s plan hasn’t convinced Bapu Bhosale, leader of Dalit Panther, though: “If the government fails to issue smart cards on time after asking citizens to submit their caste certificates, it will lead to chaos. In the existing system, there is no time limit for issuance of such certificates.”