AZAMGARH (Uttar Pradesh): All roads of the town were leading to the Krantiveer Ramprasad Bismil Auditorium on the premises of the local Shibli National PG College. Scholars from all over the country had gathered here. The occasion was the inauguration of an exhibition on the revolutionaries of the Kakori “conspiracy” that had on display their jail diaries and rare photographs and documents. Shahid-e-Watan Asfaqulla Khan’s grandson, Ashfaq Ullah Khan, did the honours. In the evening, a seminar on “The heritage of Indian revolutionary movement and our resistance” was held in another auditorium named after Razzab Ali, the great revolutionary of the 1857 War of Independence. The seminar was addressed by well-known historian Prof Lal Bahadur Verma; senior litterateur from Nepal, Rajendra Gurgain; and Nepal’s rebel poetess Tara Parajuli. The seminar was chaired by Ashfaq Ullah Khan.

The entire programme lasted six days, 26-31 May, during which seminars were held at different places in the district. On the second day, in the evening, a seminar on the “Language of cinema and its use in Indian-Nepali documentary films” was held in the Krantiveer Peer Ali open-air auditorium on the premises of Shibli College.

On the third day, a discussion on “Tragedy of farmers: Questions and more questions” was held at the Shri Mathurarai Women’s College, Maaltari, about 30km away. The fourth day witnessed a thought-provoking session on “Market, Democracy and Communalism” in the auditorium of the ancient Shiva temple in Jeeyanpur Sagdi, about 24 km from the town. On the fifth day, a discussion on “Ideological unity of people’s struggles” was held at Beebipur, about 25 km away.

On the last day, a seminar on “Kabir in the present times” was held at Mahapandit Rahul Sankratayan Girls’ Inter College, Kanella, located about 28 km from the town. In his keynote address, critic P.L. Singh said that it was unfortunate that the number of those ready to spill blood – their own and of others – for the sake of hypocritical and absurd beliefs was growing by the day. The need of the hour was to persuade the commoners to think and behave rationally. Stalls selling books and posters of poems and screening of films till late in the night were other attractions of the six-day programme. -Shah Alam 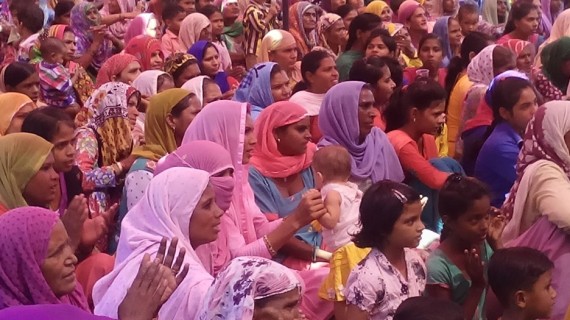 On October 1, when thousands of women marched on the streets of Sonepat, it was as if they were announcing the inauguration of a new era 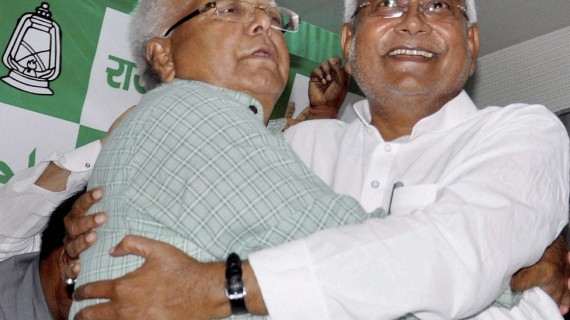 What turned out to be the game changer were RSS Chief Mohan Bhagwat’s statements regarding need for a fresh look into the issue of reservation. These statements created uncertainty in the minds of the OBCs and Dalits, the beneficiaries of reservation