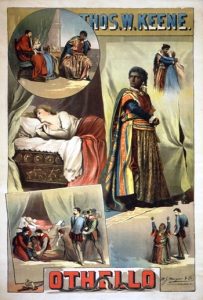 Representation of the outsider, the foreigner, or indeed any “other” is often biased, one-sided, distorted and misses the facts. This is clearly shown in most representations of black, brown, Asian, Jewish, Dalit, women and other historically disadvantaged groups.

In this brief analysis, I look at racist representations and distorted images in Shakespearean texts about the “other” as well as at representations by Savarnas (the dominant Hindu castes) in two novels that portray Dalits as degraded and voiceless.

But let me begin with a preliminary comment on “Indian literature”. Should it not really be called “Savarna Literature” or “casteist literature”, just as literature by subalterns is termed “anti-caste”, “Bahujan”, “Dalit” and “minority” (or, if we want to be correct “majority”) Literature? Even if Savarna Literature is produced by so-called progressives, Savarnas generally appropriate Indianness for their larger goals of domination and hegemony. So, it is not a surprise that such literature acts as cultural capital at the disposal of the Savarnas. Underprivileged blacks and Dalits who are denied and indeed robbed of their literary space are thus further alienated by intellectuals closer to the power centre who lie and distort the realities faced by subalterns. Such representations in the literary space are a mirror of the political, social and cultural distinctions and subjugation that have existed since times immemorial, and continue to exist in the present. The deliberate distortion and misrepresentation of the subaltern person or group is caused by the threat or the imagined threat they pose to the power and privilege of the dominant groups. Though there may well be things that are wrong, false or evil in individual blacks or Dalits, that is not a legitimate reason for licence to depict the whole group as evil. The words of Frantz Fanon, the Caribbean-born black intellectual, sum up the attitude of the White towards the Black: “In Europe, the black man is the symbol of evil”. (Black Skin, White Masks, 2008). The same attitude holds for Savarna writers and intellectuals towards Dalits: Dalits symbolize evil. Savarna literature projects itself as Indian literature while denying voice and dignity to the majority of the country. It is therefore more treacherous than the Shakespearean texts we now discuss.

The Elizabethan period, in which Shakespeare’s Othello is set, had an established disgust for the foreigner, especially blacks and Jews. Othello, the main character in Shakespeare’s play, is a Venetian Moor (Muslim), but also a general in the Venetian army – and so belongs neither to the dominant cultural group nor the ruling political dispensation, but disturbs the power equations of the white supremacy by having attained such an enviable and powerful position. The Shakespearean text mirrors the anxiety, despair and fear of the Elizabethan era with respect to blacks and foreigners. This is transferred as hate towards Othello in the text. Othello, finding himself among the culturally dominant group, is not a submissive, meek figure who bows to the dominant system. Rather, he is an assertive power-wielder and therefore a thorn in the flesh for white hegemonists.

The desire of the white race to eliminate the outsider (Othello) is fully visible in Iago, who represents whiteness. Othello’s very presence mocks the idea of cultural hegemony by whites, so he has to be has to be either silenced or distorted. Thus Iago is constantly distorting the image of Othello to dethrone the “black ram” – a derogatory reference by Iago to suggest that Othello is more animal-like than human. Brabantio’s attitude towards Othello, assuming that he can never be eligible to be the partner of a white woman is also thoroughly racist. Demeaning the masculinity of Othello, the text undermines black men in particular and the black race in general. Iago is not only a character but a technique effectively used to systematically undermine the humanity of every black person. Degrading a skilled person by seeing him through stereotypes, Shakespeare’s text misses the possibility of influencing popular consciousness regarding the problem of race.

There are some similarities (and some dissimilarities) in Shakespeare’s depiction of Caliban, the “uncivilized” character – the son of a witch – in The Tempest. Caliban is from an island which has just come under the rule of Prospero, a Duke expelled from Milan. Caliban protests the dominance of Prospero. Prospero’s comments on Caliban’s use of language imply that Caliban is in need of civilization and culture – implying, in turn, a position of dominance, privilege and “high” culture for Prospero. Caliban himself implicitly submits to Prospero’s hegemonic culture by admitting his insufficiency. Though categorized as a representative of lower morality, language and his culture, Caliban is appropriated into the language and culture of Prospero because of his submission, and is therefore not killed, as Othello is. We may conclude that, in Shakespeare’s world, survival within the hegemony for a subaltern involves submission to the language, culture and politics of oppressor. As Fanon puts the role of language as cultural domination, “… to speak means … above all to assume a culture, to support the weight of a civilization”. (Fanon, 2008 p 8)

Mulk Raj Anand was a pioneer among Indian novelists writing in English. So his representation of subalterns has affected writers who followed him. In his first novel, Untouchable, the literary constriction of Bakha, the subaltern protagonist, is a reflection of the actual reality faced by the majority of our country’s population. Bakha is a sturdy boy, whose caste is that of a sweeper and latrine cleaner. He is depicted by Anand as a person who craves education and English clothes and boots. Anand seems to have pity for the Dalits, as reflected in the paternalistic attitude of Gandhi towards Dalits as Harijans. Bakha does not dare to convert to Christianity, so his only salvation is in the proliferation of the modern flush system for toilets – in other words, his only salvation lies in the advance of modern technology. But Anand does not reflect on why we Indians did not produce such technology while Protestant Christians did. So Anand’s symbolization of Bakha is pure reductionism and fatalism. Bakha is a double victim – both of Varnashrama dharma, affirmed (though indirectly) by Anand, and of indecisiveness, unable to decide his path for conversion or emancipation.

If Mulk Raj Anand represents the pioneering writers of Savarna Indian writing in English, Arundhati Roy is the contemporary version of Anand. She represents the failure of post-1990 Savarna literature to adequately address the condition of the Dalits, 1990 being the centenary of Babasaheb Ambedkar, the establisher of the Dalit Renaissance. Roy’s Booker-winning novel, The God of Small Things, is a novel set in the social restrictions of the “progressive” land of Kerala and the impact those restrictions have on the characters. Velutha is an intelligent worker but because he is a Dalit he is denied an active voice by the Communist Party (and by Roy in the text). Brahminical Hinduism is extended by the members of Savarna Christian family who are Oxford-educated leaders of the Communist movement in Kerala but will never let Dalits like Velutha move up the hierarchy of the revolutionary party. This exposes the hypocrisy of the progressiveness of Savarna Literature. Like Othello, Velutha too gets killed in the end. The boundaries laid down for subalterns within these text are an indictment of their respective social norms. In the case of Roy’s novel, it is an indictment of the caste-infected psyche of the progressive intellectuals who perpetuate the caste system.

Whether through the representations of subalterns in the Shakespearean plays or through their representation in Savarna Literature, we see the hegemonic political apparatus using literature as its tool to misrepresent the subaltern and thus affect the popular consciousness to increase the dominance of the elite. This has done enormous damage to groups that are already voiceless.

Such damage is aggravated when Bahujan, Dalit and other subaltern scholars follow the theoretical frameworks established by Savarna intellectuals to interpret the literature of the subalterns who are emerging and asserting themselves from their oppressed past. The racist, misogynistic and casteist mindset of texts such as the Manusmriti is written unconsciously into the psyche of the so-called progressives which makes them represent the Dalitbahujan “Other” in dehumanising ways. K.K. Kochu, a critic and public intellectual, puts it like this: “The idea that Dalits were eternal slaves also denies them a cultural field of discourse …We can put an end to the invisibility/absence of subalterns in history only by deconstructing [all] the national, modern, [and] Marxist historiographies that dynamically institutionalize Savarna power.” (K.K. Kochu in No Alphabet in Sight, 2011). That is what I have tried to do in this essay regarding the work of Shakespeare, Mulk Raj Anand and Arundhati Roy. 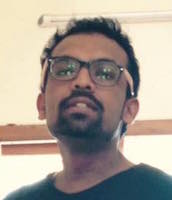 Trevor Jeyaraj J.S. has an MPhil in English Literature from the University of Delhi.