You have been taking on Narendra Modi and his government in Gujarat for the last 15 years, but both are as strong as ever in that state, with a majority of the people standing by them. A similar situation prevails at the Centre. Battles of different kinds are being waged – and lost. Appa Rao is still in charge in Hyderabad University and Gajendra Chauhan in FTII. Why so?

Those who are ruling at the Centre have a majority. But if we are talking of electoral defeats and victories, then we will have to count Delhi and Bihar as well. This government has been ruling for two and a half years now. You will have to assess what damage they have done in this period. Wherever they have governments, wherever they have power, they are misusing it. They are not reacting to the bitterest of criticisms. It is not our defeat. They are trying to negate democracy. This is the way to look at things. Appa Rao was sacked but he was brought back. A strange kind of politics is pervading the country. Radhika and Raju (Rohith Vemula’s mother and brother, respectively) are being asked whether they are Dalits or not. The district collector submits an affidavit in the National Commission for Scheduled Castes that they are Dalits. Ten days later, he conducts another inquiry and concludes that they are not. Obviously, the central government is putting pressure, it is dominating.

If the establishment becomes so stubborn, then what can be done to make the people’s voice heard? How can the system be made to do what the people want it to do? You’ve been fighting for the past 15 years but the outcome has only been negative.

You cannot say we have achieved nothing, that the outcome is negative. Due to our efforts, 137 persons have been sentenced to life imprisonment. How can you say we have failed? In our country, constitutional democracy is heading down one road and parliamentary democracy another. Had there been a provision that those who are found involved in commission of heinous crimes cannot contest elections for ten years, we would have had a different set of people in our parliamentary democracy. Our democratic system needs a major overhaul. For the first time, 137 persons have been sentenced to life in jail for their role in communal riots. How can you say we have lost the battle? The judgment in (Naroda) Patiya case came in 2012. Maya Kodnani and Babu Bajrangi were convicted and sentenced. The case filed by Zakia Jafri in the High Court is pending. Some judgments are good, some are bad. Even in the case of Dalits and OBCs, many judgments went against them. Does this mean that the Constitution drafted by Babasaheb Ambedkar is flawed? Would you say such a thing? The problem is that in our society, many casteist and communal people are occupying top positions. We would have to begin by getting rid of them.

If parliamentary politics is not pro-people, it will hurt democracy. The Gulberg Society case has shown that the judiciary in Gujarat has changed over the past 15 years. If those who are in the judiciary now decide what justice is, the concept will go for a toss. If those inspired by Manu’s ideology dominate the bench, how can we hope for justice? This is the danger involved in fighting only a constitutional battle.

You should ask those who are in parliamentary politics when they will make constitutional values an election issue. If journalists raise such questions in the right manner, it will strengthen our democracy.

You are talking of Dalit-Muslim unity. But whom would they unite against? Only the OBCs and Brahmins would remain out of this joint front.

It is very essential for all of us to unite on the question of constitutional principles – Bahujans, women, Brahmins, Thakurs, Dalits, Muslims, everyone. I had talked about Dalits and Muslims in the specific context of Uttar Pradesh elections and that was because it is often said that in communal riots, Dalits are used as pawns for attacking Muslims. In Muzzafarnagar, a Muslim boy molesting a Dalit woman was made an issue. If we unite at the social level, if we say with one voice that we are against injustice, we are against untouchability and if we talk about upholding constitutional principles, then maybe RSS will not be able to incite riots, it will not be able to stoke the communal fire. I read somewhere that RSS thinker Rakesh Sinha is going to campaign in Uttar Pradesh emphasizing why Dalits and Muslims can never be friends.

Don’t you think raising caste-related issues is the most effective way of challenging the Sangh and that an assault on the brahmanical culture is the only answer to the Sangh’s Varnashramvadi Hindu Nationalism?

If we don’t launch a battle on the cultural and historical fronts, it will be difficult to defeat the Sangh. The story began with Eklavya and continues to date. Whenever I read history or interact with teachers, I realize the significance of Savitribai Phule’s contribution. Her initiative to start a school for girls at Bhedewada in Pune – a school where girls of all castes and religions studied together – was epochal. Shouldn’t Teesta Setalvad realize what Brahmanism thinks about women’s education? When Savitribai Phule – who is addressed as Krantijyoti Savitribai Phule in our Maharashtra and whose birth anniversary, 3 December, we celebrate as Teacher’s Day – and Jotiba Phule were ostracized, Pune-resident Usman Sheikh stood with them and his sister Fatima Sheikh became the first teacher to join Savitribai’s school. Such is our history. 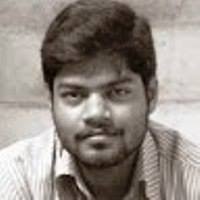 Utpalkant Anish is a media researcher and is studying the impact of information technology on Tribal women.