As a reporter, I have been filing stories for almost 35 years. Sometimes I wonder if there is any topic that no longer needs my reporting. Will my daughter also continue reporting on the name of Eklavya’s new thumb?

In the early 1980s, I used to frequent the Harijan hostel in my city. It was home to a large number of boys from nearby villages. The government had rented a ramshackle building for the hostel. The students themselves used to cook rice and dal on a “chulha”. When I started working as a journalist, I wrote a report on the hostel for a weekly. (At the time the Sahara group – of Rashtriya Sahara fame – had just entered the media industry. It had launched a weekly Shan-e-Sahara from Lucknow.) Hostel was the new name of Eklavya’s thumb then. Young students from villages had somehow managed to shift base to the nearby towns but here everyone seemed to be keen to sever their thumbs. Reports on the poor condition of the hostels used to appear in the media at regular intervals. The hostel severely lacked facilities and since all the residents were Harijans, the townspeople were not well disposed towards them. Thus, the boys had to fight the dominant culture both inside and outside of the hostel. Some fell by the wayside while others managed to obtain degrees from colleges. 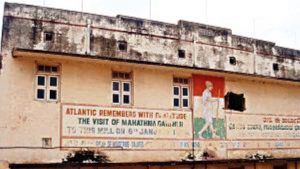 The reporter inside me was pained by a story I received in 2015. It said that in December 2014, the inmates of the Tribal Hostel at Paalghar were forced to go on a hunger strike. During the strike, the condition of some girl students deteriorated so much that they had to be hospitalized. Since 2012, representations had been made to the government that the hostel lacked enough space but to no avail. The hostel was meant for 75 girls but 200 were living there. The toilets were woefully few and because there was no means of transport, the girls had to face the lecherous gaze of the locals every day.

Sometimes, I end up thinking that Eklavya’s thumb has assumed so many different forms. The prejudice against the untouchables and the Shudras in the villages takes on an altogether-different form in the towns and cities. Even the so-called modern mind does not stop one from harbouring indecent thoughts about girls. A report from Gudiyali area of Odisha’s Ganjam district said that the accountant of the Kasturba Gandhi Balika Vidhalaya had clicked photographs of the girl students when they had nothing on their bodies. These girls were the first from their families to leave their homes and put up in hostels to study. The society considers them ignoble. But it is the accountant who indulged in ignoble activities. The accountant did exactly what Dronacharya had done millennia ago. He wanted pictures – pictures of girls’ naked bodies. The accountant is the new Dronacharya, the camera is his weapon and the thumb is clicking the pictures. The girls who were clicked in the nude were not the only ones who left the hostel. Every single student deserted the place. When one Eklavya lost his thumb, the implied message was poured into the ears of every Eklavya like hot oil. These pictures singed the bodies of the girls. They opted out of studies.

Sometimes I feel I should quit reporting. If I object to the severing of the thumb, they discover new thumbs – as if they cannot live without severing thumbs. I have seen political and social platforms decorated with garlands of severed thumbs. I have seen violence overwhelming democracy. Hearing these tales of misery and pain, I feel suffocated and depressed. All these years I’ve been going through, again and again, the horror I witnessed in these hostels. Hostels without facilities, making rounds of government offices, writing memos and representations and submitting them, sitting on hunger strike – in short, the desperate struggle to save one’s thumb. Instead of reporting on hostels, we should probably start reporting on how to free our society from Dronacharyas. This should henceforth be our mission so that my daughter can write a new story of Eklavya.