On 25 November 1949, while submitting the draft constitution, Ambedkar said: “I am of the opinion that in believing that we are a nation we are cherishing a great delusion. How can people divided into several thousands of castes be a nation? The sooner we realize that we are not as yet a nation in the social and psychological sense of the word, the better for us. For then only we shall realize the necessity of becoming a nation and seriously think of way and means of realizing the goal. The castes are anti-national in the first place because they bring about separation in social life. They are anti-national also because they generate jealousy and antipathy between caste and caste.” 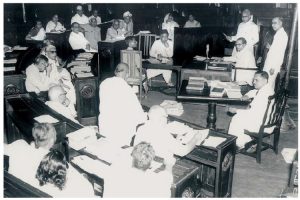 Thus, even then, Dr Ambedkar had in mind the importance of “annihilation of caste” for turning India into a nation. Mahatma Jotirao Phule also said, “From the selfish religion of the Aryans, Arya Brahmins consider Shudras as lowly, unworthy and unmindful. Shudras consider Mahars and Mahars consider Mangs as lowly, unworthy and cunning. Arya Bhats have created a hiatus among them and barriers for inter-dining and inter-caste marriages that have resulted in different behavioural patterns and differing cultural traits among them. How can such a divided people form a nation?” (Mahatma Phule Samagra Vangmaya (Marathi), p 407, Government of Maharashtra Publication )

This shows how important the ideas of a nation and annihilation of caste was to both Phule and Dr Ambedkar. Dr Ambedkar also reminds us about the cultural control of the governing class, that is the Brahmins, in his treatise, What Congress and Gandhi have done to the Untouchables? He writes, “The governing class in India consists principally of the Brahmins” (p 204).

On the other hand, the protectors of the caste system such as V.D. Savarkar and M.S. Golwalkar, the Hindu Mahasabha and RSS chiefs, respectively, held that caste system is a boon to a Hindu Nation. Savarkar went as far as saying that where there was no “chautrvarnya” it was a “mlechha desha”. Golwalkar identified the caste system as the essential factor for a Hindu nation. They also used to say that India was already a Hindu nation. They represented the governing class that controlled the sentiments of the people through culture.

Dr Ambedkar called Hinduism a fascist ideology. He said, “Hinduism is a political ideology of the same character as the fascist and/or Nazi ideology and is thoroughly anti-democratic. If Hinduism is let loose – which is what Hindu majority means – it will prove a menace to the growth of others who are outside Hinduism and are opposed to Hinduism. This is not the point of view of Muslims alone. It is also the point of view of the depressed classes and also of the non-Brahmins.” (Source Material on Dr Ambedkar, Vol 1, p 241, Government of Maharashtra publication)

Dr Ambedkar clearly points that a Hindu nation is fascist and those suffering because of it are Muslims, Christians, Dalits, Adivasis and OBCs. 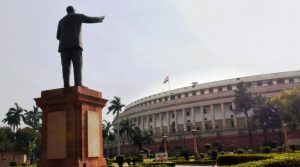 When he submitted the Constitution, Dr Ambedkar sought to drive home the point that the birth of a nation remained elusive. His opponents differentiated between the state and the nation. Hindu nationalists said the nation was above the state. Golwalkar, in his book, We or Our Nationhood Defined, says “Do we strive to make our ‘nation’ independent and glorious, or merely to create a state with certain political and economic powers centralized in other hands than those of our present rulers?” Further, he says, “We stand for national regeneration and not for that haphazard bundle of political rights – the state.” (p 3)

Both the RSS and Golwalkar were opposed to the Constitution. According to them, the constitution is for managing a state and not a national constitution. Opposed to Dr Ambedkar’s idea of a casteless society, the RSS is all for maintaining the caste system, with the Brahmins at the centre of the Hindu nation.

In his book We or Our Nationhood Defined, the overall domination of Brahmins or Aryans is what Golwalkar meant by a Hindu Nation. He considered such aspects as race, language, culture and religion in the context of Aryans only. In his foreword to the book, M.S. Aney, former governor and then a Congressman, corroborated Golwalkar’s theory and wrote, “The state is an essentially political unity while the nationality is primarily cultural and incidentally political.” (p 18)

Even today, the Government of India follows the brahmanical culture. It respects the Vedas, the Ramayana and the Gita more than any scripture. The state respects the Sanskrit language the most. There are Sanskrit universities all over India for a few hundred Sanskrit learners.

In Ambedkar’s eyes, India was prematurely born and if he were alive today, he would say the deformities still remain.