Hindi daily Dainik Hindustan created a sensation by publishing a news story on the cover page of its issue dated 22 April 2017. The report said, “A candidate from the reserved category will be eligible for the reserved posts only, even if his or her marks are higher than that of the general-category candidates.” The newspaper based its story on a judgment delivered by the Supreme Court on 21 April. The news was a dampener for the proponents of social justice while it enthused Manuvadi organizations like Youth for Equality to no end. 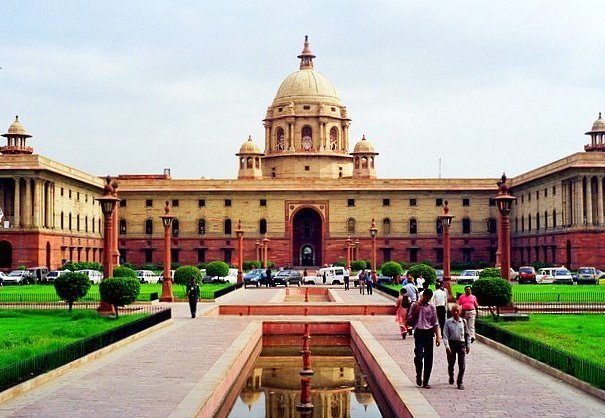 The next day, some other newspapers also carried spiced-up versions of the same report. On the basis of the Dainik Hindustan story, some websites even claimed that the apex court had reserved 50 per cent seats for the general-category candidates! A concerted attempt is being made to create confusion on the issue.

This news is an instance of the lies that are deliberately being spread by mainstream newspapers to hurt the interests of the Bahujans. What is interesting is that a division bench of Justices R. Banumathi and Ajay Khanwilkar had delivered this judgment on 6 April 2017 but the newspaper described it a “recent” and “significant” judgment delivered on 21 April and made it the lead story of its cover page the following day. 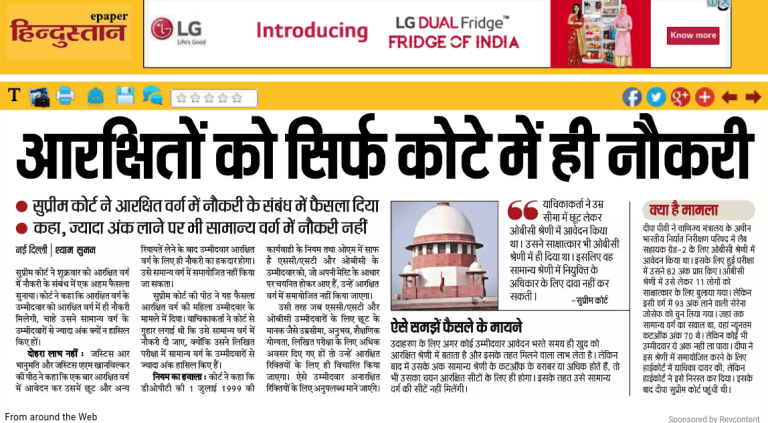 In its April 6 judgment, the Supreme Court had referred to an office memorandum issued by the Government of India in 1998 and said that if a candidate of the reserved category had taken advantage of the relaxations in age limit, experience, qualifications or the number of attempts, available to candidates of this category, then they would not have the right to lay a claim on general-category posts. The court also clarified that if any candidate has not taken advantage of such relaxations and has scored higher marks than the general-category candidates, then he would be counted among general category candidates.

Though the judgment is a cause for concern those who believe in social justice, nowhere has the court said that the reserved-category candidates cannot be considered for the general-category posts.

In the fiscal year 2012-13, the Export Inspection Council (EIC), under the Union Ministry of Commerce and Industries, advertised three Grade II laboratory assistant’s posts for its Kochi (Kerala) office. Two posts were for the general-category candidates while one was reserved for OBCs. The age limits for general-category candidates was 18-25 years while in the case of OBCs, the upper age limit was relaxed by three years. The minimum cut-off for both categories was 70 marks. 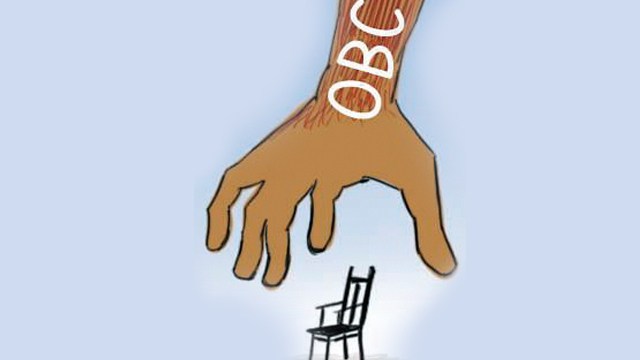 Deepa E.V., a 25-year-old woman of Deevra caste, hailing from Ernakulam district, Kerala, was among the OBC candidates who had scored more than the cut-off. Scoring 82 per cent, she was third in the merit list. She moved the Kerala High Court, seeking appointment under general category. On 6 January 2015, a single-judge bench of the court headed by Justice A.V. Ramkrishna Pillai rejected her plea saying that as she had taken advantage of the relaxation in the upper age limit, she was not entitled to appointment as a general-category candidate. Then, when she appealed the decision, a division bench of Chief Justice Ashok Bhushan and Justice A. M. Shafeeq delivered a judgment on 20 July 2015, making a detailed analysis of the issue involved. Citing an office memorandum dated 1 July 1998 of the Department of Personnel and Training, Government of India, this bench gave the same explanation as the earlier one to reject Deepa’s plea. 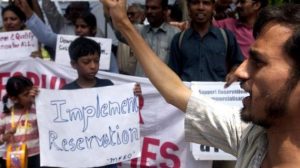 State of Uttar Pradesh in 2010, the Supreme Court had ruled that if in any interview or written test, the score of a candidate of reserved category is higher than the minimum score of the successful general-category candidates, then they should be appointed against general-category posts. He argued that them taking advantage of the relaxation in age or waiver of examination fees could not be the grounds for rejecting this claim. Deepa’s counsel also quoted an office order of the UP Public Service Commission dated 25 March 1994, which said that selected candidates of reserved categories who have taken advantage of age relaxation should be included in the general secretary on the basis of the merit list. The Kerala High Court, in its judgment dated 20 July 2015, accepted these contentions but did not rule in Deepa’s favour. It said that each state had the right to frame rules for implementation of provisions regarding reservations. Then, Deepa moved the apex court.

Jitendra Kumar and others versus State of Uttar Pradesh

In 1999, the Uttar Pradesh government recruited sub-inspectors and platoon commanders. A long dispute followed the recruitments and many candidates of different categories who were not selected approached the High Court. One of them was Jitendra Singh of the SC category. He had taken advantage of the relaxations extended to reserved-category candidates but his score entitled him to be included among the general-category candidates. Citing Uttar Pradesh Service (Reservation for Scheduled Castes, Scheduled Tribes and Other Backward Classes) Act, 1994 and an office memo issued by the Uttar Pradesh government on 25 March 1994 the court ruled in Jitendra Singh’s favour. According to the Act, if a candidate from the reserved category scores higher than the candidates of general category, he cannot be considered for the reserved seats. 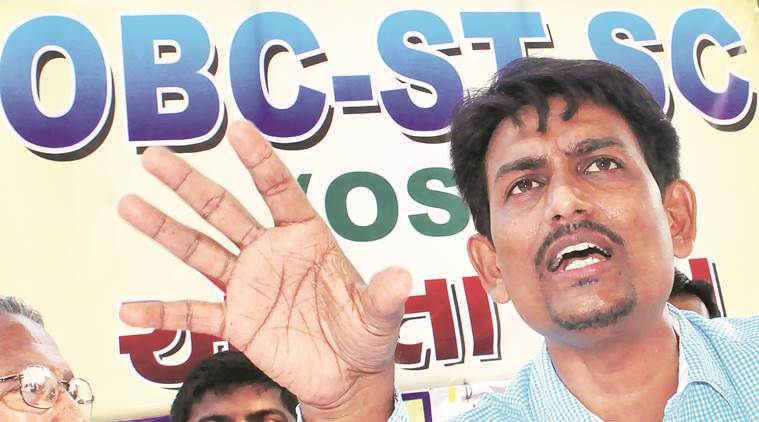 In the Uttar Pradesh Act, 1994, the relaxations were considered part of the endeavour to create a level playing field. In any competitive examination, it is the marks that decide one’s merit. Against this backdrop, it is difficult to fathom the motive behind this 1998 memorandum of the Department of Personnel and Training, Government of India.

The Supreme Court, in its judgment, has pointed out the significance of the issue. The judgment, towards the end, says: “Be it noted that in this case, the appellant (Deepa) has not challenged the Constitutional validity of the office memorandum of the Personnel Department but has only argued that it does not apply to her. She did not challenge the Constitutional validity of the memorandum before the single judge or the division bench of the Kerala High Court.”

In these circumstances, it is the duty of the social justice activists to challenge the Constitutional validity of the office memorandum of the Department of Personnel and Training, Government of India, dated 1 July 1998 so that the a level playing field can be provided for candidates of reserved categories writing competitive examinations.

For more information on Forward Press Books, write to u