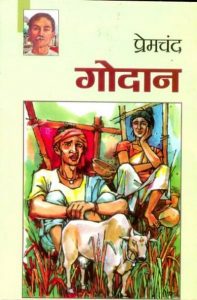 Scheduled Castes (SCs), Scheduled Tribes (STs) and Other Backward Castes (OBCs) are collectively the backwards. But a chunk of the OBCs is not ready to accept this truth. This section is anti-Brahmin but wants to establish its identity as Kshatriyas, although all its attempts in this direction have, so far, yielded little success. A section of OBCs considers itself different from SCs and STs because OBCs have been getting social respect to some degree. They have been used as a shield by the exploiter class. They have been victims of brahmanical deceit and that is why, despite being shunned and ignored, they started considering themselves a part of the Chaturvarna system. In the eyes of the brahmanical elements, though, their status remained unchanged – just people to be used against SCs and STs.

Here, it is pertinent to mention that the Constitution has clearly defined “Dalits” and the “Tribals” and “Scheduled Castes” and “Scheduled Tribes” but many castes of backward communities could not be included in the two lists, even though they deserved special constitutional treatment. Later, these castes were collectively named “Other Backward Classes”. Like SCs and STs, OBCs too were socially, educationally and economically backward but they were different from the former two in the sense that OBCs were Shudras – the fourth Varna. They were not Untouchables and thus were not victims of social hatred. On the other hand, SCs and STs were out of the pale of the varna system. They were avarnas and were considered untouchable and objects of hatred. This hatred was similar to the hatred between Hindus and Muslims, only that it assumed much more horrific proportions. This difference between OBCs on one hand and SCs and STs on the other hand translated into the resistance to the social, educational and economic progress of OBCs being much less vehement than vis-à-vis SCs and STs. The Tribals were not hated but were simply ignored. The SCs, STs and OBCs are that section of the populace that, during the Guptan era and later, became scattered when towns gave way to villages and were persecuted for not performing brahmanical rituals. Among them, some who could not cope with the harsh life that taking on Brahmanism entailed surrendered to the Brahmins. Their position in the caste hierarchy depended on whether their surrender meant giving up Shramanic culture completely and allowing themselves to be sucked into the brahmanical fold or accepting Brahmanism half-heartedly. The latter obviously ended up with more resources than the former. The OBCs did not completely give up Shramanic culture and its traces can be seen among them even now. But as Shudras and Untouchables were deprived of the right to education, their ancestors could not preserve their culture. Their customs and traditions may carry hints of their links with the Shramanic culture but they have forgotten their roots. Those who ended up as half-Brahmins, half-Shramans became Shudras and are today called the OBCs.

Though the list of OBC litterateurs is a pretty long one, the question that begs an answer is how many of them have been raising genuine problems that the OBCs have been facing through their writings. Their writings could not become the voice of the OBCs. This question is directly linked to the OBC consciousness. Only if the unexpressed social feelings of the OBCs are expressed in their literature, we will be able to objectively assess their real situation and issues – something that we haven’t been able to do thus far. We have been mainly concerned about that section of the OBCs with which the savarnas have established relations with the sole objective of using their services. OBC characters are present in many fictional works but the sigh of the OBCs is not audible in them. It is not that things will change overnight and tomorrow we will start hearing the voice of the kumhars in OBC literature. It is also not that the voice of the kumhar is completely absent from Dalit Literature. Dalit Literature also took time to reach to the kanjars, via mahars, chamars and bhangis. Similarly, the castes that will form part of OBC literature will be vastly different from each other economically, socially, educationally and politically.

Among the Untouchables, these differences were almost non-existent. In Tribal Literature, one or two tribes have emerged as representative of the entire tribal community, and the Tribal residents of the southern and northeastern parts of the country are absent from this discourse, barring some exceptions, which only go to prove the rule. The common thread that links the OBC castes is that though they were neglected in the literary field, they could not effectively militate against this neglect by producing powerful literature. This is urgently needed. It is true that the OBCs have very limited and grossly inadequate space in Dalit literature. This is expected too because Dalit Literature has sought to build a wall around itself to keep off the brahmanical virus, but that wall has kept of the OBCs too. But as OBCs are numerically a very big group, Indian literature will remain incomplete without them.

What should be the concept of OBC Literature? This is a complex question. Will OBC Literature try to unravel the truth behind Puranic mythology? There are apprehensions galore on this count. These apprehensions are more with respect to the educationally, socially and economically superior OBC castes. For instance, it will not be easy for the Yadavs to get rid of Krishna. Yadavs will dominate OBC Literature and sometimes we may feel that we are not reading OBC Literature but Yadav literature. Therefore, the first challenge before the OBC litterateurs would be to stick to Shramanic culture. It can be said that in its initial days, Dalit literature was predominantly Mahar literature but what was important was that the Mahars were expressing the pain and sensitivities of the Untouchables. Their orientation was pre-decided and the reason was the presence of Babasaheb Ambedkar as a beacon. Dalit Literature first sought to delineate its philosophy because the social change the Dalits were talking about was not possible without a clear philosophical distinction. Dalits chose Buddha, some saints and Jotiba Phule to work out their philosophy. Many OBC litterateurs are central to Dalit ideology. If OBC Literature picks up the philosophy of Periyar and Phule as its guiding light, it will become a part of Ambedkar’s campaign. Otherwise it will get entangled in Puranic mythology and become loyal to Brahmanism, just as had happened with the Kushan king Kanishka. 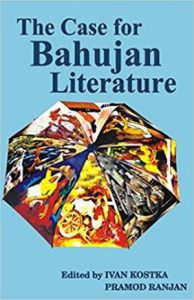 OBC Literature should begin with clearly defining its ideology. Even if the objective of OBC literature is limited to securing its share in the world of literature and reversing the trend of the OBC writers being ignored as a class, it cannot be achieved without having a clearly defined ideology. In the absence of an ideology, the OBC Literature will be like a caravan that has no idea of its destination and of the way to reach it. Such a caravan is bound to lose its way. Before beginning a journey, the path should be mapped out.

If I am asked to define literature, I will say that it is something that provides philosophical solutions to social problems. Literature is a philosophical medicine and the identification of the system of medicine can help us answer questions related to nomenclature. OBC Literature or Backwards’ Literature? It will be better if the nomenclature is decided beforehand, for once the journey has begun, renaming will become difficult. As it is being projected as the voice of the toiler castes, it can also be called Shraman Literature. But never should it be given a name like Phulevadi or Ambedkarvadi literature, for that would promote hero worship and would not be in the wider national interest. Such naming would foster a kind of communal approach and feeling. That would come in the way of the emergence of a casteless India that our heroes envisaged. We should be alert to such a possibility at the outset. The nomenclature should be decided either on the basis of the nature of the literature or its objectives.

Literary writing can be compared with the way a potter gives shape to clay on his wheel. The shape of the final product is pre-decided. Literature is written to give shape to society. With time, its nature may change, its means may change but the objective remains the same. Objective is very important. Dalit literature has set bringing about social change in keeping with Shramanic philosophy as its objective. Will OBC Literature do the same? The mistake that Dalit litterateurs made was naming their literature after its nature. Now, top litterateurs have become possessive about this name. They feel this name is hard-earned and don’t want to let go of it. That stops them from even thinking about renaming their literature. Dalit litterateurs came up with this name when they knew relatively less about history, philosophy and culture. But today, those who understand history, philosophy and culture consider this nomenclature inappropriate. A person or group is said to be hungry only as long as they do not get enough to eat. A person can be called Dalit only as long as he is a Dalit. A person can be called backward only as long as he is backward. But literature is neither Dalit, nor Backward, nor Gandhivadi, nor Marxist, nor Ambedkarite because literature does not represent an ailment or a physician. It represents treatment.

In the present circumstances, it is unlikely that Dalit literature will be renamed. Tribal Literature will continue to be called so. Amid them, OBC Literature will emerge and enjoy universal acceptability, for everyone knows this word. It does not need to be defined or explained. The philosophical unity of the three discourses will pave the way for the emergence of Bahujan Literature. This is what should all hope for.

Sheel Bodhi, who works for the Indian Railways, has been awarded six times by the Hindi Academy for his short stories, plays and essays. Among his published works are 'Dalit Sahitya ki Vaichariki aur Jayaprakash Kardam' (criticism), ‘Bahubhoj' (anthology of plays) and 'Kolar Jal Raha Hain’ (poetry). 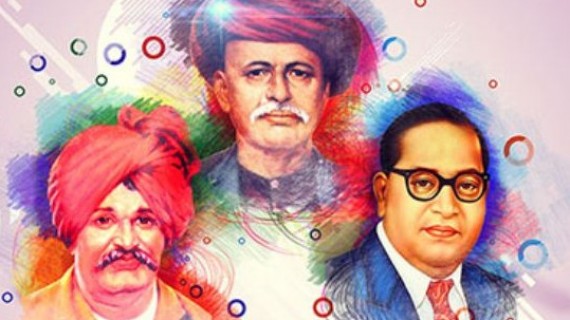 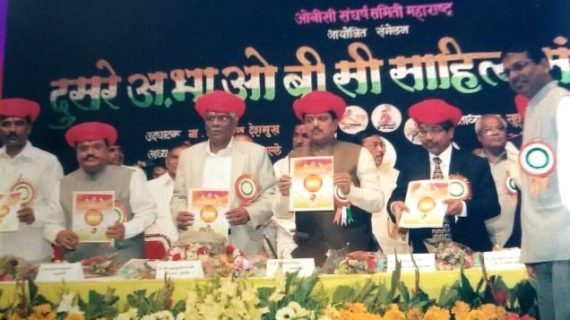