OBC Literature is a new concept and the credit for establishing it in Hindi literature must go to the bilingual monthly magazine FORWARD Press. 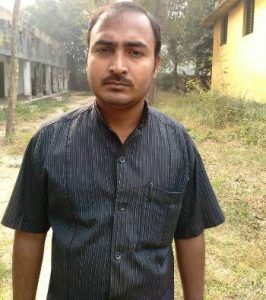 In the recent years, many books centred on OBC Literature have been published. They include Bahujan Sahitya Ki Prastavna edited by Pramod Ranjan and Ivan Kostka, OBC Sahitya Vimarsh and OBC Sahitya: Naya Pariprekshya by Dr Rajendra Prasad Singh and OBC Sahitya Ke Vividh Aayam edited by Dr Shashi Kala. These books played a decisive role in establishing the stream of OBC Literature in Hindi literature. Recently, there has been yet another addition to the list of books. Kishore Vidhya Niketan, Varanasi, has published Dr Hareram Singh’s OBC Sahitya Ka Darshnik Aadhaar.

In his book, Hareram Singh has shed ample light on different facets of OBC Literature, including on its origin, hypotheses, thought process, philosophical basis, theoreticians, thinkers and writers. Many hitherto unknown aspects and facts related to OBC Literature have found place in the book. In the article titled “OBC Sahitya: Itihaas Ki Upaj”, he writes, “Literature is not only cool and soothing moonlight. It is also a harsh exposition of the realities of an era and their impact on society. It is also a brutal analysis. It was the apathetic attitude towards the OBCs in the fields of literature, history and art that led to the birth to OBC Literature.” (p2) 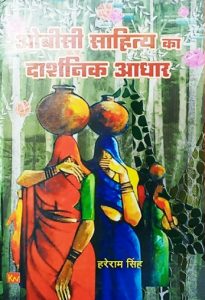 Late author Rajendra Yadav was also perturbed by Hindi literature turning a blind eye to this class. He asks, “Till when will we go on accepting the narrow and selfish thoughts of a clutch of people who claim to be speaking on behalf of the ‘whole world’, ‘the entire humanity’ and ‘mankind’ without even asking who the people who have been placed out of the pale of their world, their humanity and their mankind are? Which are the streams that have been ignored and boycotted by the ‘mainstream’? When the imperialists went gaga over the ‘literature, culture and thoughts’ of the ‘civilized world’, they kept the ‘colonized uncivilized world’ out of their cognition. The Africans and the Indians had no place in their scheme of things. They were just meant to be servants, waiters and palanquin-bearers. We will have to identify the colonies which have been placed out of the pale of the dominant thought and the inhabitants of which are neither gaining entry into literature nor into society … Those who speak out for them are still ‘Asurs’ and ‘Rakshas’. You be with your godliness … those who are advocates of ‘pure literature’ will have to answer why a person who is deprived of his dignity and rights, a person who is persecuted, oppressed and hated by the establishment, ie the kings, the rishis and the feudal lords, is never a hero in literature. Why can’t he seek vengeance for the injustices done to him? Why is he never compensated for it? Till when will we continue to ignore the implications of keeping a distance from folk and elitist literature in the name of pure literature?” (Hans, January 1994).

It is precisely for these reasons that Rajendra Yadav gave people on the margins the pride of place in Hans and emerged as a powerful protagonist of women’s and Dalit discourse. Although he never initiated OBC discourse, he admitted, “If repeatedly underlining the politics (regarding oppressed, ignored) in literature is becoming the V.P. Singh of literature, I have no objections to it.” (Hans, January 1994)

There is no doubt that OBCs did not get their due place in the so-called mainstream literature and that strengthened OBC discourse and led to the birth of a new literary stream.

Dr Hareram Singh writes in the article “OBC Sahitya: Dhara Evam Chintan”: “While the nomenclature of OBC Literature might be new, this class has existed both in pre- and post-Independence India and so has its literature, which is both oral and written. What is needed is its compilation and preservation. There are many a brilliant OBC writer who remain unknown and whose works are yet to see the light of the day. This may be a conspiracy or due to the lack of access and resources.” He clarifies: “OBC Literature is the literature written by the OBCs. It is opposed to the adherents of Manu. It seeks to expose pseudo-leftist savarnas and weak-kneed OBC litterateurs. It talks of those caste groups that were toilers and producers but were always kept away from power and deprived of social justice. The OBC Literature will take along this vast section of people.” (p11)

In the article “OBC Sahitya Ka Darshnik Aadhaar”, he writes that Indian society was divided into castes and classes in the feudal era. Today, class identities have weakened and caste identities have emerged strong. Otherwise, Brahmins, Kshatriyas, Vaishyas and Shudras would have been living under the same roof. The varna system was not rigid initially but it lost its flexibility in the post-vedic era. There are many instances in history of a farmer becoming a king and also simultaneously becoming a Kshatriya. But things have changed with time. Some OBC castes were Kshatriyas in the past, others were Shudras; some were Vaishyas and others were even Brahmins. The concept of OBCs is very different from the concept of the varna system. Those who see OBCs as part of the varna system have ill-conceived ideas about the concept. OBC is a dynamic concept, where castes are getting transformed into a class. OBC Literature accepts this dynamic concept.

He further writes that some so-called progressive and Dalit litterateurs, who are claiming that the OBCs have no philosophical basis, are ignoramuses. “Let someone ask Dalit litterateurs to which class did Buddha, Mahatma Phule, B.P. Mandal, Jagdev Prasad, Lalai Singh Yadav, Ramswaroop Verma and others belonged. Among the litterateurs, the thoughts and philosophies of Phanishwarnath Renu, Rajendra Yadav, Madhukar Singh, Premkumar Mani, Dr Lalai Prasad Singh, Anuplal Mandal and others form the basis of the thought and philosophy of OBC Literature.” (p19)

The 94-page book contains 23 articles. The first half of the book is about the various aspects of OBC Literature while the second half throws light on OBC writers and theoreticians. It also refers to some OBC magazines. To sum up, the book can help us understand the thought process and the philosophical basis of OBC Literature. Not only has the writer made a comprehensive presentation of facts but has also analyzed and interpreted them from a fresh angle.

Dr Ramkrishna Yadav is a writer who has been awarded by the Bihar State Literacy Mission Authority for excellence in short-story writing (1998) and by the Bihar government’s education department for contribution to the field of literature (2012). His articles and critical essays have been published in Hans, Hindustan, Akshar Parva and many other magazines. Presently, he is assistant professor in RPS Government Intermediate School, Kavai, Rohtas, Bihar 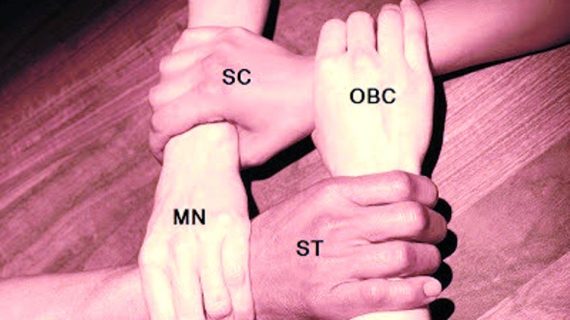 Will only caste be the basis of ‘Bahujan’?

The fundamental thrust of a society is not based on any particular caste or community but on the basic problems of that society. Humanism is its core and all ideologies and literatures aim at preserving this humanism 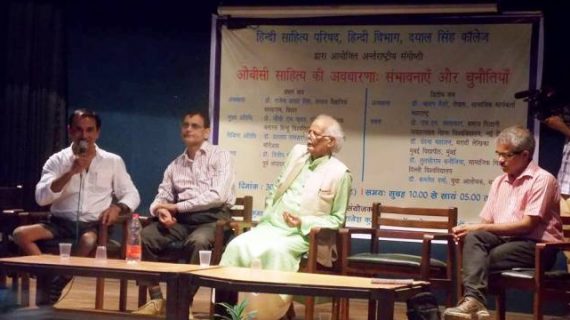 “Why does OBC discourse unsettle the Hindi literary world?”

The national capital was recently witness to a path-breaking discussion on OBC literature. A decade had passed since the first of such discussions was held in Maharashtra. Utpalkant Anish writes about what the participants said and the conclusions they reached