Bharatiya Janata Party is trying to exploit Atal Bihar Vajpayee’s death like the Devas exploited Dadhichi’s. Vajpayee’s ashes have been collected in 4,000 pots and elaborate programmes are being held across the country for emptying them into rivers. The party is trying to paint the former prime minister as a great man. However, the truth is that he has done nothing for which he should be remembered. On the contrary, he may be remembered for many of his decisions that affected lives adversely.

Atal Bihari Vajpayee died on 16 August 2018, after a 10-year-long battle against deteriorating heath. He lived to be 93, which is much longer than the average human lifespan. He worked as a prime minister till the age of 80 and remained active even after that. He “lived a full life and died willingly”. The life of a man, who was born into a humble family, became prime minister and lived to be 93, is worthy to be called glorious. But the way the Bharatiya Janata Party (BJP) and a section of the media have launched a campaign to lionize him is both condemnable and an insult to truly great personalities.

Interestingly, neither the ruling party nor the media has been able to articulate its stand or produce proof. All they have able to say is that Vajpayee was a poet at heart, a good orator and someone who was loved even by his opponents. Did the man who became prime minister of India on three separate occasions not have a single achievement that benefited the masses?

On the other hand, we had someone like V.P. Singh as prime minister for the shortest period of time, but he implemented the recommendations of the Mandal Commission, which granted the right of equal opportunity to the backward classes who formed 52 per cent of the population. That was a remarkable feat. Did Vajpayee ever when come to close to matching it during his six-year tenure? The answer is a resounding “no”.

Also read: So, that was Atal ji

In fact, the former prime minister has done nothing of which his party or the media can boast. On the contrary, many of his decisions adversely affected the backward classes, minorities, Scheduled Castes, Schedule Tribes, workers and the salaried people. It is not just his Bharatiya Janata Party (BJP) that celebrates such personalities but it is the ideology – according to which Ram, Lokmanya Tilak and Mahatma Gandhi define greatness.

Let us discuss some of the works of the former prime minister that hit the people hard. Vajpayee should have avoided taking important decisions while at the helm of his 13-day government on constitutional and moral grounds because he did not enjoy majority in Parliament. Eventually, he could not prove his majority on the floor of the House and had to resign. 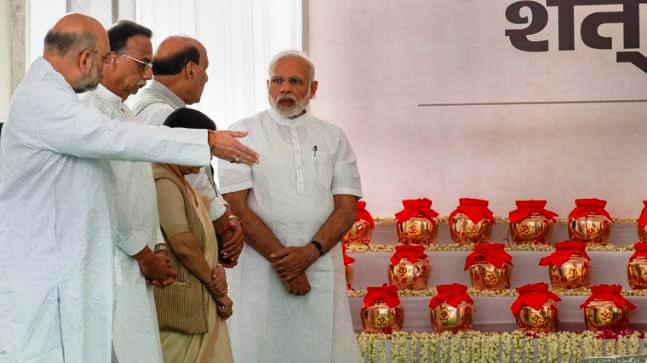 Yet, even during this briefest of stints, he took a significant decision. He allowed the US energy giant Enron to set up a power plant in the country. Under the agreement signed with the company, the government was to purchase electricity from the plant at the price of Rs 2.40 per unit, which could increase depending on the value of dollar. It was estimated that the cost of the electricity per unit would range between Rs 6 and Rs 7 five years after the actual generation of the power began. This agreement stank of malfeasance, especially given that the public-sector power companies were ready to sell electricity at 70 paise to Rs 1.50 per unit at the time. Ultimately, Enron could not take off, but are BJP and the Indian media ready to question this decision?

The former prime minister should also be remembered for implementing the Congress-formulated economic reforms speedily. The main component of this economic reform was privatization and Vajpayee formed a separate ministry for this task. It was called the Ministry of Disinvestment and Arun Shourie was put in charge.

While he was still a journalist, Shourie had written a book titled Worshipping False Gods, in which he demonized Babasaheb Ambedkar. Vajpayee entrusted him with the job of selling public-sector companies. Who could be better for the task than someone who disliked Ambedkar?

Shourie didn’t disappoint. The sale of BALCO was the most controversial. The government sold 51 percent share, or the majority stake, for Rs 551.50 crore. This company had fixed deposits of Rs 300 crore and investments worth Rs 200 crore in other firms besides 3,000 acres of land. The real price of the company was about Rs 4,000 crore. Can the BJP or the Indian media take up this issue for discussion?

The Vajpayee government implemented a new pension scheme for those who entered public employment after 1 April 2004. The old pension scheme was discontinued. What was wrong with the old scheme? The answer to this question may also cast doubt on the greatness of the former prime minister. Gradually, all the state governments did away with the pension scheme. The only exception is Tamil Nadu, a state where no brahmanical leader has come to power, where the pension was in fact increased and a provision introduced to grant pension to every elected representative irrespective of the period they served. Another shocking decision by Vajpayee was the repeal of the Urban Land Ceiling and Regulation Act 1976 in the year 1999. While hammering out the law in the 1970s it was suggested that the law would ensure judicious distribution of land among urban groups in the wider interest of masses. Has the urban land been judiciously distributed by 1999, because of which the Act was abrogated? 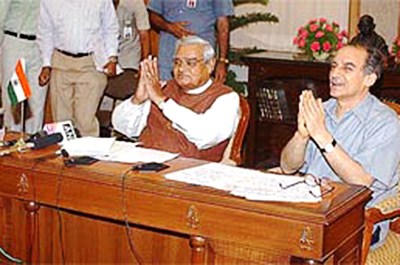 Against the Mandal commission

While the BJP and the media have so far failed to mention a single achievement of the former prime minister that proves his greatness, we have been able to list quite a few that show where his loyalty lay.

Even if the allegations like working as an informant against the freedom fighters in 1942 and turning approver, his role in the demolition of the Babri Masjid, and his inability to sack Narendra Modi as chief minister in the wake of 2002 Gujarat riots are ignored, there is nothing to prove his greatness.

While working for the organizations to which he swore allegiance, he protected the interests of the feudal elements, kings and capitalists. The proof of his loyalty to these elements is his opposition to nationalization, abolition of privy purses, and opposition to the Mandal Commission’s recommendations.

Atal Bihari Vajpayee was born into the Brahmin caste; his ideal was Manu, who established the greatness of this caste. He was trained by the Rashtriya Swayamsewak Sangh (RSS), which has always supported the caste system. It was an RSS strategy to provide Vajpayee with a liberal mask and hide his true character. He backed the capitalist economy throughout his life and set about implementing its policies as soon as he became Prime Minister. Last but not the least, it was Vajpayee who rejected the proposal of a caste census. For these reasons alone, Vajpayee will always be remembered as the protagonist of capitalist Brahmanism. 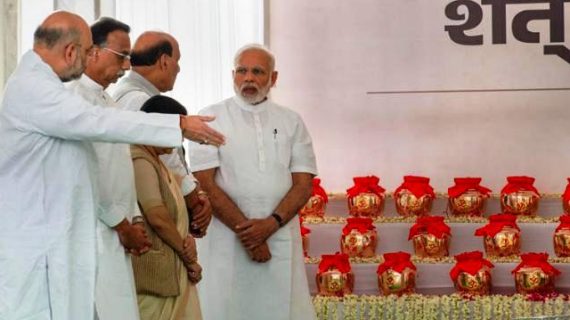 BJP painting the 'greatness' of Atal using his ashes

Atal Bihari Vajpayee did nothing that his party BJP or the media have found worth listing. In fact, many of his decisions left the backward classes, minorities, SCs, STs and the workers worse off. Akhil Niranjan explains 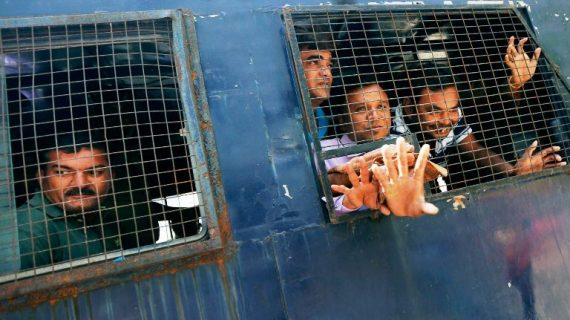 A special court announced sentences for some of the accused in the infamous Gulberg Society massacre that took place during the Gujarat riots but it also acquitted a good number of them. Neha Dabhade finds out if justice was served