I’m addressing you because you represent an ideology. It is an ideology of hegemony. “Your country” is of some people; the others should live in accordance with your wishes and rules, otherwise they are treasonous.

Treason is a very misleading word. The Mughals believed they were the country, so did the British. Earlier it was the Congress and today it is the BJP, which regards itself as the country. We just don’t want to know what a country means. Understanding “nation” is somewhat more difficult. I will give you an example of the French nation. Charles de Gaulle was the president then. Author and philosopher Jean-Paul Sartre had raised a question on a certain issue, which had led to an uproar in Parliament. Members of Parliament demanded that Sartre be arrested immediately and charged with treason. de Gaulle put an end to the entire debate stating that “you people alone do not constitute France; Sartre too is part of it”.

Is this country my paternal property? Is it yours? This country is not only yours and mine but also Sudha, Varavara and Navlakha’s. It also belongs to those Adivasis, Dalits, farmers and labourers who disagree with your ideology. Is it a crime to be a Maoist? You may be aware of Mao. He shaped his country in his own way. The country he shaped also carried the influence of the ideology of our ancestor, Buddha. The people of China don’t regard the Buddha as a foreigner. Naxalism is an ideology, quite like the ideology of your Sangh. The ideology of the Sangh is to establish the hegemony of the noble Hindus, the Dwij. The ideology of  Naxalites is to establish the hegemony of the peasants. Both believe in violence. The ideology of the Sangh itself is Hinduization of politics and militarization of the Hindus. Naxalites also believe in violence. But when citizens like me, who really do not believe in violence, raise their voice, people like you pay scant attention.

Also read: Who are the Bahujans really worshipping?

Where does the violence in our consciousness come from? Look at the Hindu gods and goddesses. They are armed with the trishul or bow and arrow or the sudarshan chakra. Some years ago, I had talked about eschewing depiction of violence in Durga Puja. Few people understood the message. You decide for yourself from where this culture of violence has sprouted. Buddha and Jesus are not depicted in violent form. They are close to my heart. But which side you are on?

I’m not a supporter of the violence of Naxalites. Nor do I support the laathi-wielding culture of the Sangh. But I strongly condemn the capitalist-backed armed forces that are raiding the tribal regions and crushing the Tribals, having labelled them as Naxalites. They (the Tribals) don’t attack the armed forces. The armed forces attack them (at your behest). Tribal regions contain minerals and other natural resources. You tell them to join the mainstream: Be a part of development; we want your development. Their desire is to lead a contented life. They know that their share in your kind of development, achieved by the destruction of their lands and forest, will be that of a servant mopping your house. They will lose their culture. They will lose their music. You are “the other” to them. You want to subject them to a cultural, social rape. You want to wrest their freedom. If they resist, you brand them as Naxalites and massacre them by unleashing your armed forces. According to your own figures, 80 per cent of those killed are Tribals; 20 per cent are your people.

This war did not start recently. It was going on during the Congress rule, too. In fact, this war has been going on for thousands of years. Your relationship with the Congress is like that of Arjun and Karna. Both of you are born from the same womb. The difference is only a matter of degree. The two of you help each other. During the Mahabharata period, when Arjun set the Khandava forest on fire to build his Indraprastha (his father was Indra), the displaced Nagas came forward to join hands with Karna. But Karna showed them the door saying that they were non-humans (Naxals in today’s parlance). It is well known that Arjuna and Karna were close. Karna doesn’t make common cause with the Nagas and Eklavya. He will certainly do so with Duryodhana. Your close relationship with the Congress is also known to the world. You grieved at Indira’ demise and at Atal’s too. The serial will continue. 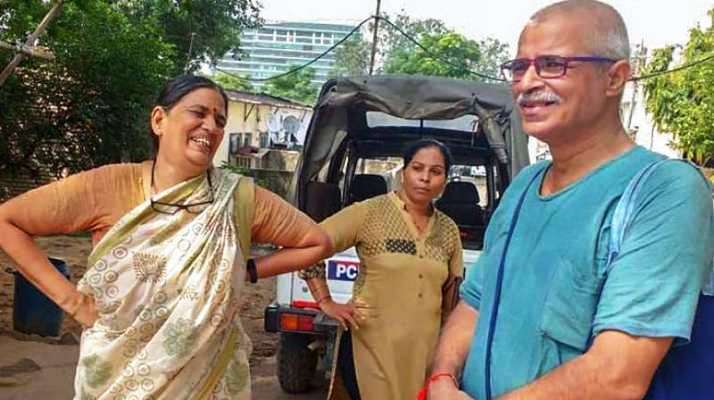 Therefore, Shri Shaan Kashyap ji, you people are violent. Your entire clan is violent. Armed forces, judiciary and the façade of democracy are yours. We are still dreaming of a real democracy. In our democracy, you will be able to develop yourself and your culture as you wish. But yes, we will not tolerate your hegemony. Many cultures can co-exist. Flowers of various kinds and colours can bloom in one garden. You people hate physical labour. There is nothing to write home about your intellectual achievements, either. Even then we like your companionship. We want peace and contentment; not development and glory. Violence is not in our genes. We are simple people, content with our flute and drums and plough and shovel. We keep bows and arrows to protect ourselves from wild animals, not to occupy territories. We are happy in our own small world. We live in villages, not in a country; we dwell in the jungles, not in a nation. We are the people who straddle two worlds. We want to build a bridge between the two different worlds. But then, you are bent upon enslaving and destroying us. And to top it, you brand us as violent.