The Supreme Court’s verdict on extramarital relations will give birth to a major social debate. The purity of marital relationship is a crucial, ethical factor in the stability of a family and hence society. It is foundational to social stability. However, this ethical foundation cannot be left to be maintained by the legal system. Accordingly, primacy given to individual freedom by the court is relevant and appropriate.

However, it is difficult  to ascertain the implication of such individual liberty in a country like India, where caste-based discrimination prevails as sanctified by the religious scriptures. Hindu Sanskritic texts have set different ethics and definitions for “anuloma” and “pratiloma” sexual relationships. These explanations represent married and unmarried women of “Shudra-Ati Shudra” communities as objects for sensual gratification of upper-caste men. The verdict in question allows extramarital relations to be treated as a crime only when any of the spouses commits suicide. The verdict also recognizes adultery as as a basis for divorce. There is a need for further elaboration on various aspects. However, what is clear is that in a country like India such steps towards legal modernity may have adverse effect on the ground.

We will continue to publish writings on various facets of this issue. For now, we present the key points in the judgment.

New Delhi: The Supreme Court pronounced a crucial verdict invalidating the law against adultery on Thursday. The court declared that the penal provision related to adultery was unconstitutional saying that it was clearly arbitrary and deprived women of her sexual autonomy and dignity. The Constitutional bench of five judges had reserved the verdict on Section 497 of the Indian Penal Code on 9 August. The issue of constitutionality of Section 497 was raised because it had made adultery a punishable offence only for men.

Chief Justice Dipak Misra said: “A woman cannot be asked to think as a man or as how society desires. Such a thought is abominable, for it slaughters her core identity. And, it is time to say that a husband is not the master. Equality is the governing parameter.” Now, a man’s relations with another man’s wife will not be categorized as a crime unless an aggrieved spouse commits suicide. 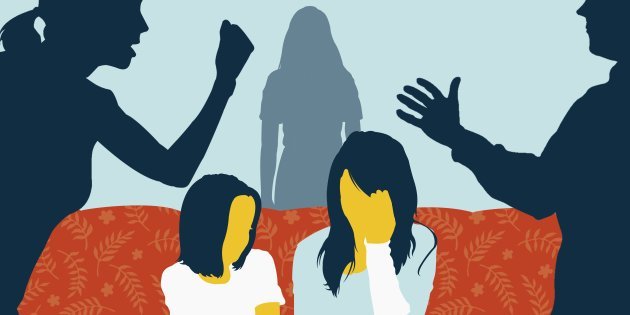 Ten key points of the judgment:

1. The Supreme Court has anulled the 157-year-old adultery law.

2.  The Supreme Court held the law against adultery unconstitutional.

3. “A number of jurisdictions have done away with adultery as a crime,” the apex court said. “The People‘s         Republic of China, Japan, Brazil, New Zealand, Australia, Scotland, the Netherlands, Denmark, France,               Germany, Austria, the Republic of Ireland, Barbados, Bermuda, Jamaica, Trinidad and Tobago, Seychelles,         etc are some of the jurisdictions in which it has been done away with.”

4. The chief justice said that adultery law impacts “right to life” of a woman. There is no doubt that adultery can be the basis of divorce, but it cannot be considered a crime.

5. The chief justice observed that any system treating a woman with indignity and as unequal invites the wrath of the Constitution.

6. The judgment said that the law against adultery was arbitrary, hurt a woman’s dignity and that a woman could not asked to think as a man or how society desires.

7. Justice Indu Malhotra, the lone woman judge on the bench, said that Section 497 was a clear violation          of fundamental rights granted in the Constitution and there was no justification for the continuation of            the provision.

8. Justice Indu Malhotra, however, held that adultery was morally wrong.

10. The Supreme Court in its decision made it clear that both men and women have equal rights.