Latehar district is around 190 kilometres from Ranchi. There is a village in the Manika block of this district called Lanka. Around 80 families of Parahiya community live in a section of the village called “Tola Uchuvabal”. The Parahiyas are one of the eight primitive tribes of Jharkhand that are on the verge of extinction. This community is mainly found in the Latehar, Palamu and Gadwa districts of Palamu division. According to Ashwini Kumar Pankaj, a social worker who has studied Adivasi cultures of Jharkhand closely, the population of Parahiya community is now less than 10,000.

Not too long ago, these educationally, economically and socially backward Parahiya Adivasis were struggling to find livelihood. However, in the last few years, areas of Tola Uchuvabal have seen a positive socio-economic change. The people of this area have organized themselves for a cause and their living conditions have improved. Mahavir Parihiya is leading this transformation. 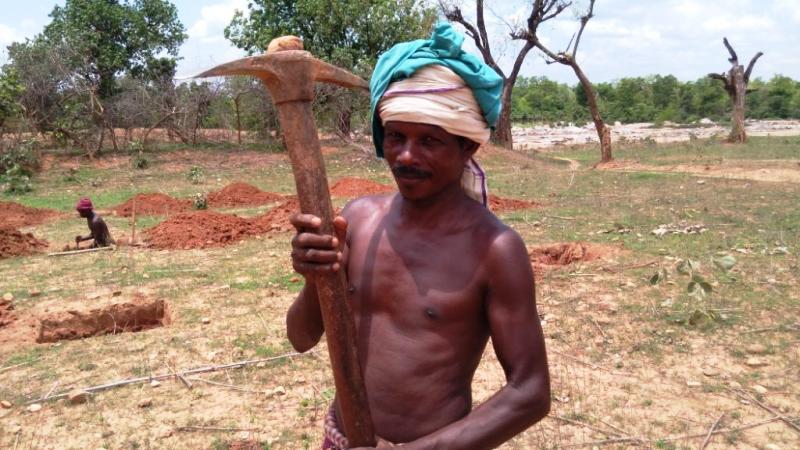 The Gram Swaraj Mazdoor Sangh (GSMS) has been working with Parahiya community to bring about this transformation. It strove to create leadership in the community for the socio-economic amelioration of the Parahiya community’s living standards. The rise in Mahavir Parahiya’s stature is a result of GSMS’ efforts. After becoming associated with the organization, Mahavir has been fighting for the community and their rights. He was able to get his “tola” the status of a gram sabha. Subsequently, the people of his tola elected him gram pradhan (village headman).

The village was then selected for a Mango cultivation project. This was a pilot project for MGNREGA and other income generation programmes. For the implementation of this project, the government asked for the support of local Civil Society Organizations (CSO) and Community Leader Organisations (CLO). Consequently, a gram sabha was convened under the leadership of Mahavir Parahiya. Mahavir gave his own barren land for mango cultivation under the project. Other families followed his example, pledging five acres of land for the cultivation of mango. This initiative led to the approval of a mango cultivation project of around Rs 900, 000 for Parahiya community for the first time.

After the approval, the work on the five-acre land of five families was commenced under the leadership of Mahavir Pahariya. Around 800 trees of Amrapali and Malda mangoes were planted. Besides, 650 timber trees were also planted in the area. To make the project financially sustainable, intercropping (growing of two or more crops in a field) was introduced. 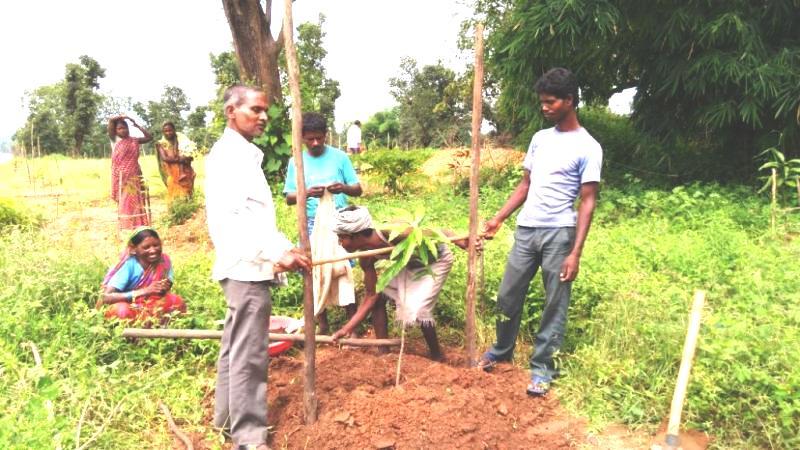 According to Sunil Minj, social activist and journalist, people grew chillies, tomatoes , cauliflower in the first phase. Those working under this project have been getting wages under MGNREGA. For the first time, people from this community were able to complete 100 days of work under MGNREGA.  Now the government is keen to promote cultivation of mangoes. Among the mango clusters, small ponds and wells have also been dug. Fishery departments have started pisciculture in these clusters. The government’s agriculture department has also been training the beneficiaries in using agricultural technology so that the project can be implemented in an efficient and effective way.

This economic upliftment of the community has changed the community’s attitude to education. Mahavir led a drive to raise funds from every family to educate the children of the community. People from the tola went to the district collectorate and demanded that a school be built for them.

This transformation is also being seen elsewhere in the district. In Manika and Barwadih blocks of Latehar, around 100 acres of land have been allocated for the same project. The positive impact of the project is clearly evident in Dundu, Janho and Jungur of Manika block and Betla, Mangra and Chhipadohar of Barwadih.

For tribal students, Sanskrit offers employment but at what cost?

While only 7.5 per cent seats in the Shiksha Shastri course are reserved for STs, they account for nearly 30 per cent of all students in the course across the country