Proving all forecasts and assessments wrong, the National Democratic Alliance (NDA), comprising the Bharatiya Janata Party (BJP), Nitish Kumar’s Janata Dal-United (JDU) and Ramvilas Paswan’s Lok Janshakti Party (LJP), has won 39 of the 40 Lok Sabha seats in Bihar. All the 17 BJP and six LJP candidates have won and so have 15 of the 16 candidates fielded by the JDU. The Congress has managed to win the Kishanganj seat by a slender margin – the only consolation for the Mahagathbandhan (Grand Alliance). The parties of Lalu, Manjhi and Kushwaha have ended up with nothing. All their candidates were mauled. The elections have thrown up unexpected results and it can safely be concluded that the Modi wave was particularly strong in Bihar. Only thrice in the past has Bihar witnessed such one-sided mandate. In 1977, all the 54 seats in the undivided Bihar had gone to the Janata party. In the 1984 elections, held under the shadow of Indira Gandhi’s assassination, the Congress had won 48 of the 54 seats and the coalition led by Lalu Prasad Yadav had emerged victorious in the same number of constituencies in the elections held in 1991 against the backdrop of the Mandal movement. 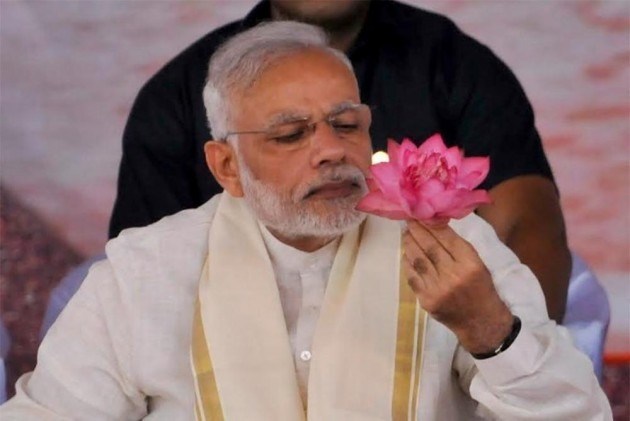 The poll outcome in 2019 closely resembles that of 1977. The opposition and the Mahagathbandhan have been ruined. Why did this happen? Is it the outcome of Pulwama and its aftermath? Or, have the people endorsed the performance of Narendra Modi and Nitish Kumar? Or, did this election witness a direct contest between the so-called nationalism and the Bihari casteism, in which caste-based formulae failed to win the support of the people. What must be remembered is that this was not a state election but a national election in which the BJP has registered victories throughout the country. The poll outcome in Bihar is in consonance with the people’s mandate in rest of the country. Casteism is not confined to Bihar; it plays a role in elections in other states as well. It was in the Gujarat of Modi and Shah that the KHAM (Kshatriya, Harijan, Adivasi and Muslim) caste equation was forged in the 1970s. It was replicated in Uttar Pradesh as AJGAR (Ahir, Jat, Gurjar and Rajput). In Bihar, some parties, inspired by AJGAR and the Triveni Sangh’s movement in the state in the 1930s, tried to build a similar alliance with some changes in the 1970s. Gujarat, in fact, marked the genesis of casteist politics in Independent India. Bihar is far behind Gujarat in that respect and has been in the dock for no reason.

But more than Bihar, I would like to focus on Uttar Pradesh, as it is there that the BJP was supposed to face a formidable challenge. In 2004, the Hindi belt had ousted Atal Bihari Vajpayee from power and Lalu, Mulayam and Mayawati had played a key role in it. Any talk on the politics of Bihar and UP invariably veers towards caste. After the recent results, many are again adding and subtracting votes on caste basis, only to get further confused.

In Bihar, the elections were a direct contest between the NDA and the Mahagathbandhan. The NDA comprised the BJP, Nitish Kumar’s JDU and Ramvilas Paswan’s LJP. The Mahagathbandhan included Lalu Prasad’s RJD, the Congress and the parties led by Upendra Kushwaha (Rashtriya Lok Samta Party – RLSP) and Jitan Ram Manjhi (Hindustani Awam Morcha – HAM). The Congress and the BJP are national parties while the rest – despite many of them prefixing their names with the word “Rashtriya” – are not even state-level parties but merely outfits banking on the support of particular castes. The nationalist and caste-based elements in both the coalitions cannot be differentiated. Both had casteist political outfits with national parties acting as watchmen. Basically, the contest was between the BJP and the Congress.

The situation in UP was a bit different from Bihar. There, the Congress was not part of any coalition but then, the BJP too did not have a Paswan or a Nitish Kumar. The political clout of the Samajwadi Party and the Bahujan Samaj Party (BSP) in UP is more than that of the RJD in Bihar and the proportions of Muslim and Dalit voters in that state are 4 per cent each more than in Bihar. 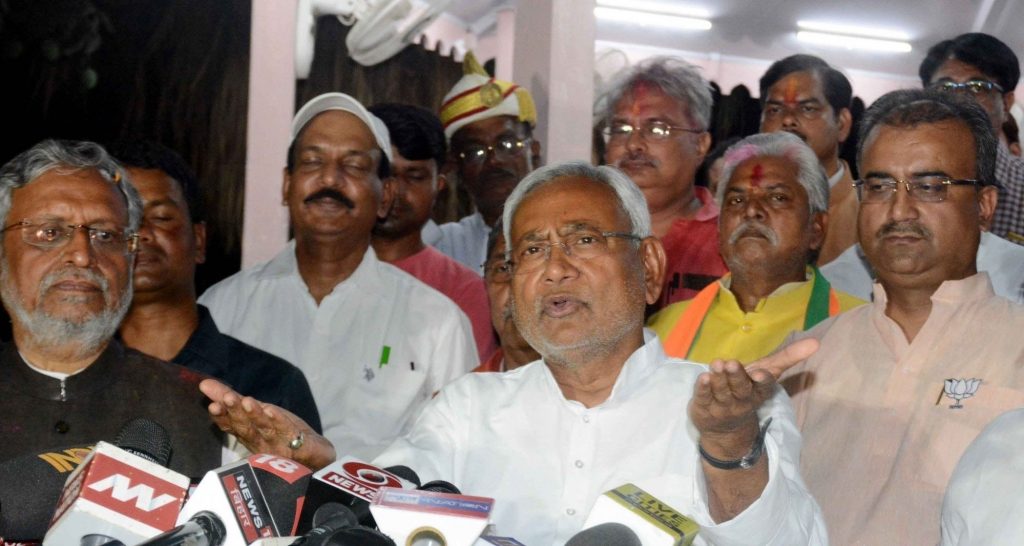 What magic spell did Modi and the BJP cast? The BJP’s victories in West Bengal and UP are more spectacular than in Bihar. Maharashtrian Hindutva has overshadowed Bangla Hindutva and it can be easily predicted that the BJP will form its government in West Bengal after the next elections. In UP, this brand of Hindutva swept away the SP-BSP coalition, which was considered unbeatable. It must be admitted that the caste-based political formations and secular forces could not withstand the Modi wave. But those who think that the elections mark the victory of Hindutva and Hindu nationalism need to dig a bit deeper. The Modi-Shah duo has freed the BJP from the hangover of the Vajpayee-Advani era. They have also loosened the hold of the RSS on the party, though Nitin Gadkari occasionally seems to be representing it. Narendra Modi and Amit Shah drew appropriate lessons from the KHAM conglomeration of their home state Gujarat and laced it with nationalistic fervour – something that Kalyan Singh had experimented successfully with in Uttar Pradesh. They then applied their formula all over the country. In other words, they made the BJP shed its image as a Brahmin-Bania party and turned it into a mega platform of the neglected classes like the Most Backwards and the Mahadalits. In the 2005, 2009 and 2010 elections, Nitish had used the same stratagem to demolish the Lalu-brand politics. Later, a gang of bureaucrats surrounded Nitish and led to a situation where he was forced to play second fiddle to the BJP. That is why, even amid this spectacular victory, he didn’t seem as happy as he should have been. There was a tinge of sadness on his face when he appeared on TV. Despite the win, he had ended up a loser. He knows the whys and hows of it very well.

The BJP focused on Hindus, the urban upper class and Most Backward and Mahadalit castes but it did not close its door to mid-level castes. The Hindutva of the BJP of today is a tad different from the Hindutva of Savarkar and Hedgewar. On the other hand, its opposition – principally the Congress – failed to take the dwijs and the urbanites on board. The RJD and other parties of its ilk became reduced to platforms of particular caste groups. That was why they fell prey to practices like selling tickets to the highest bidder and dynasty politics. The anti-BJP coalitions in Bihar eventually turned out to be platforms of the higher OBC and upper Dalit castes. Yadavs, Kushwahas, Kurmis, Jats and Chamars are hated by the castes lower down in the hierarchy. The latter preferred to join hands with the dwijs rather than hobnobbing with intermediate castes. A section of the middle castes and upper-Dalits also moved to the BJP camp to get a share in the spoils of power. They have benefitted from the reservation policy and need political patronage. The parties representing the middle castes were forced to turn more conservative to retain their vote bank, which was slipping away from them. This social conservatism took a toll on their political acceptability. The Muslims have a different psyche, though they are no less conservative. BJP’s aggressiveness towards them has turned them defensive. They are not in a position to reflect freely and objectively. As of now, the Muslims have no alternative and so they backed the Mahagathbandan. Notwithstanding this, the BJP’s social engineering onslaught led to the Mahagathbandhan falling flat on its face. 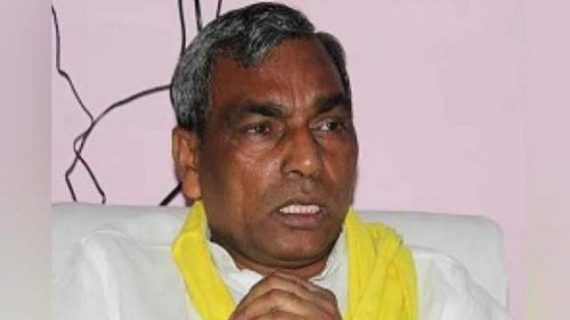 Om Prakash Rajbhar: Only Savarnas are progressing in Modi Raj

The chief of the Suheldev Bharatiya Samaj Party says the SP-BSP alliance collapsed only because of the CBI’s sword hanging over the head of Mayawati’s brother Anand. Talking to Forward Press, he termed the alliance a successful experiment 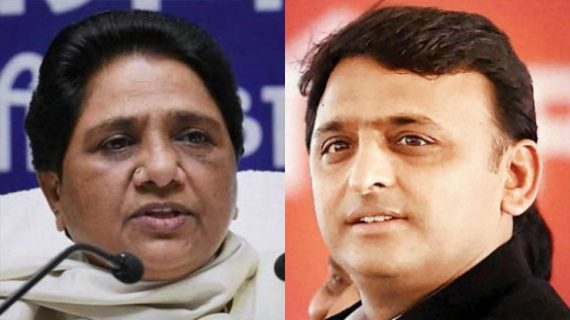 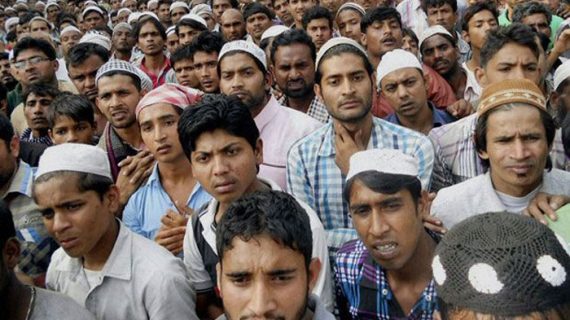