The Economist magazine expects Prime Minister Narendra Modi to get a second term in office when the results of the ongoing elections are announced on 2 May 2019. Modi is yet again the prime ministerial candidate of the Bharatiya Janata Party (BJP) and its National Democratic Alliance (NDA).

An article titled ‘Missiles Maketh the Man: Nationalist Fervour is Likely to Secure a Second Term for Narendra Modi’, published in the 2 May 2019 edition of the magazine, says, “The prime minister himself is a talented and tireless campaigner, delivering relentlessly on-message blasts of boosterism mixed with searing swipes at his enemies. Another leg-up comes from having vastly more money. Some of this is unaccountable, but one measure is the value of donations via ‘electoral bonds’. Since this vehicle for anonymous political gifts was created by the BJP in the name of ‘transparency’ last year, some 95% of all bonds have gone to the ruling party.” 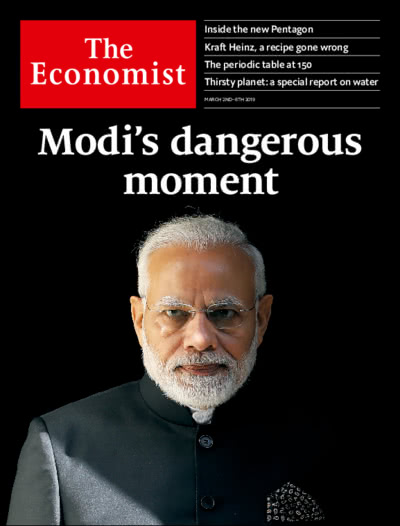 The magazine cites the Pulwama attack as the turning point. The ruling BJP had lost a series of state elections late last year, including Madhya Pradesh, Chhattisgarh and Rajasthan in the Hindi belt, where the party had been especially strong. “On February 14th 20-year-old Adil Ahmad Dar ploughed his bomb-laden car into a convoy of paramilitary police in the disputed state of Jammu & Kashmir, killing 40 of them. The attack, claimed by a Pakistan-based terror group, spawned a surge of national emotion that crested two weeks later, when Mr Modi ordered the retaliatory bombing of an alleged terror base deep inside Pakistan. Mr Modi has mercilessly milked nationalist sentiment, threatening to rain missiles on the enemy in a ‘night of killing’ and scorning his opponents as wobbly-kneed defeatists.” 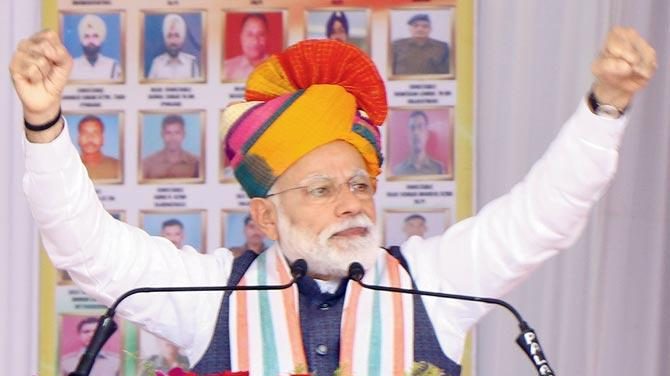 The Economist believes that Modi’s “unrelenting bombast” has confused the opposition parties, which instead of coming together have drifted apart, and concludes, “If the BJP and its closest allies fail to win a majority, he [Modi] will almost certainly be better placed than Mr [Rahul] Gandhi to court a clutch of regional parties to form a coalition. 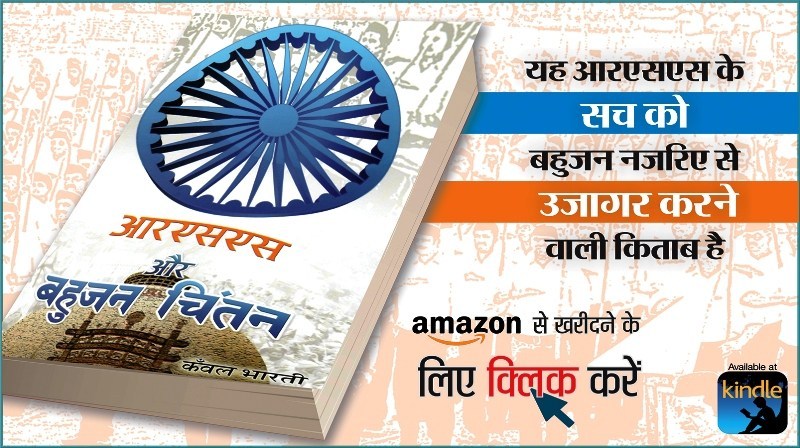 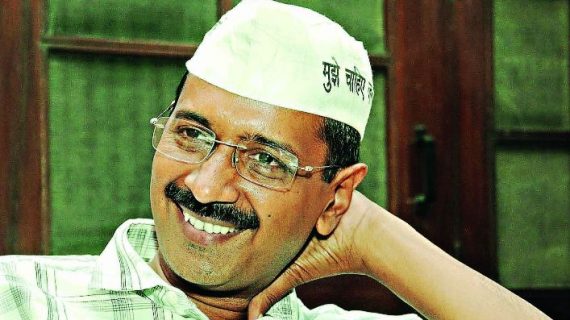 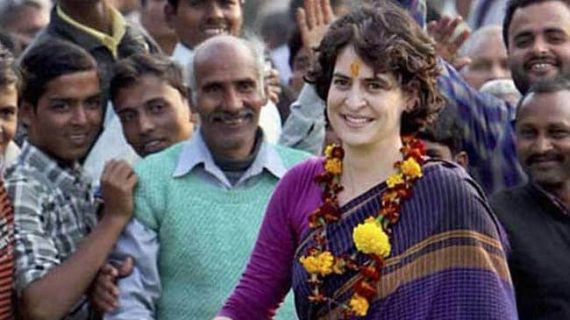 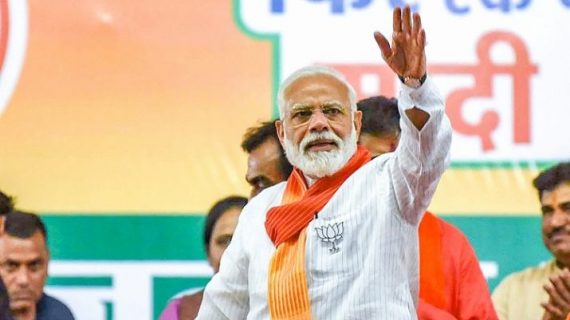 The ‘Time’ cover story on Modi is more a critique of independent India’s society and politics rather than a critique of Modi himself, whom the author, Aateesh Taseer, considers symptomatic of all that has gone wrong here