Some time in the 1990s, the then Narasimha Rao government announced the plan to have the entire literary corpus of Babasaheb Ambedkar translated into all the Scheduled Indian languages. Until then, these writings existed only in English in 21 volumes. The Rao government had added Konkani, Manipuri and Nepali to the Constitution’s Eighth Schedule, so it was understood that the writings would be translated into these languages, too. Later, the Atal Bihari Vajpayee government included Bodo, Dogari, Maithili and Santhali in the Eight Schedule.

READ THE FULL ARTICLE HERE: Lost in translation: 25 years on, only half of Ambedkar’s ‘Writings and Speeches’ in Hindi 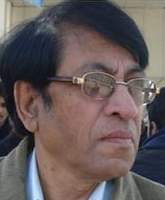 Naresh Nadeem writes poetry in Urdu and prose in English and Hindi. He has translated some 175 books from Urdu, Punjabi and English into Hindi, including V.S. Naipaul’s ‘A Writer’s People’ and Amartya Sen’s ‘Inequality Re-examined’