Savitribai’s letters to Jotirao Phule are expressive of her deep and abiding love for her life partner, concern for the people at large, abiding affection for fellow humans, revolt against injustice, anger against the casteist mindset and yearning for an egalitarian society. These letters display her lofty ideological consciousness and thinking. A bare reading of the letters would reveal how the pain and misery of fellow human beings moved her deeply and how she was ready to go to any extent to provide succour to them.

These letters show the uniformity of consciousness and sensitivity between Savitribai and Jotirao. Their concerns and their worries were identical. Apart from being her life partner, Jotirao was also her guide and teacher. The letters show the profound attachment and affinity between them. These letters are testimony to the universal truth that a couple who are indifferent to the happiness and sorrows of society and whose hearts are not imbued with love for humanity – their mutual love can never be deep and long-lasting.

In her letters, Savitribai addresses Jotirao as “Satyswaroop” (an embodiment of truth). She writes, “Satyaswaroop Jotiba ji ko Savitri ka savinay pranam (Savitri’s humble salutation to the Satyaswaroop Jotiba, the embodiment of truth)”. Those who are acquainted with Jotirao’s life, concerns, thinking and struggles would have no hesitation in accepting that he was an embodiment of truth. In all the three letters Savitribai wrote to her husband, only a couple of lines are about personal matters. They are mainly about social concerns. This shows that the Phule couple was completely devoted to serving humanity. Society was the focus of their concerns and their sensitivities.

Savitribai had written three letters to Jotirao, all of which have been published in the Marathi volume Savitribai Phule Samagra Vangmay. The first two letters, dated 10 October 1856 and 29 August 1868, respectively, were written from Naaygaon Peth Khandala (Savitribai’s parental home) in Satara district. The third letter, dated 20 April 1866, was written from Otur, Junnar, in today’s Pune district. (Mali 2011).

In the opening paragraph of the first letter, Savitribai talks about her illness and tells Jotirao about how her brother devotedly looked after her. In this, she refers to her brother’s affection.

In the next paragraph, she writes about Fatima Shaikh, who, in her absence, was shouldering her educational and other social responsibilities in Pune. It shows the depth of her relationship with Fatima and indicates the confidence she had in Fatima. She writes, “I know my absence causes Fatima so much trouble but I am sure she will understand and won’t grumble” (Tilak 2017).

Those who are aware of the struggles of the Phule couple know that Jotirao Phule’s father, under pressure from his community and society, had turned the couple out of his home for trying to educate Dalits (Mahars-Mangs), for opening the water tank at their home to these “Untouchables” and for treating them as equals. The Shudras (OBCs of today) – especially the members of Phule’s community – who believed that they were superior to the Dalits (Atishudras), had socially ostracized the couple. The same situation prevailed in Savitribai’s maiden home.

Talking about her brother, Savitribai writes, “In my parental home, my brother and I have often discussed your work. One day, my brother told me, ‘You and your husband have rightly been excommunicated because both of you serve the Untouchables [Mahars and Mangs]. The Untouchables are fallen people and by helping them you are bringing a bad name to our family. That is why, I tell you to behave according to the customs of our caste and obey the dictates of the Brahmins’” (Tilak 2017). 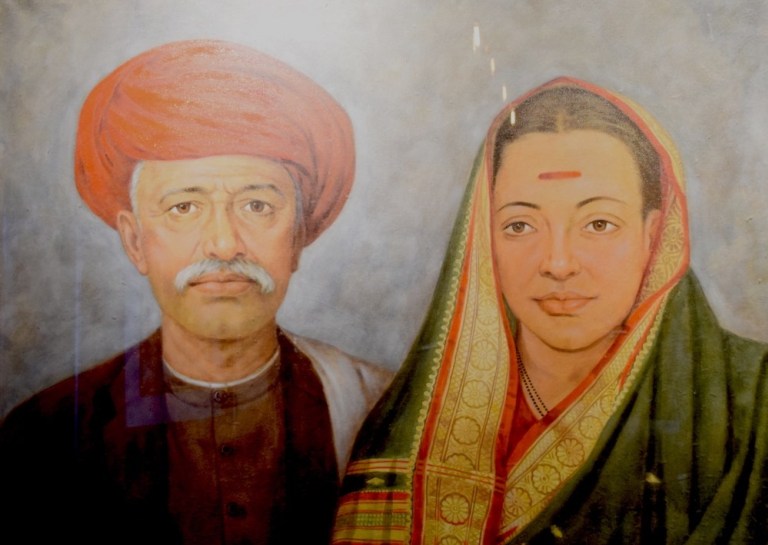 The manner in which Savitribai analyzes her brother’s utterances shows her understanding not only of socio-cultural issues but also of human psychology, besides her love for humanity. In the same letter she sociologically and psychologically analyzes her brother in these words: “Though my brother is a good soul he is extremely narrow-minded and so he did not hesitate to bitterly criticize and reproach us. My mother did not reprimand him but tried instead to bring him to his senses.”

Then she writes how her mother reproached her brother. But Savitribai never loses her cool nor does she harbour any bitterness towards him. She tries to invoke the sensitivity, reasoning and the sense of justice of her brother – and she does succeed. It would be interesting to read how she counsels her brother.

She tells him, “Brother, you are narrow-minded, and the Brahmans’ teaching has made it worse. Animals like goats and cows are not untouchable to you, you lovingly touch them. You catch poisonous snakes on the day of the snake festival and feed them milk. But you consider Mahars and Mangs, who are as human as you and I, Untouchables. Can you give me any reason for this? When Brahmans perform their religious duties in their holy clothes, they consider you also impure and untouchable, they are afraid that your touch will pollute them. They don’t treat you differently than the Mahars” (Tilak 2017).

From what Savitribai tells her brother, it is evident that she had a deep knowledge of Brahmanism and the hierarchical caste system. On hearing this, her brother feels ashamed but he does raise many posers. Savitribai answers all of them calmly and in simple language. The answers amply demonstrate her contemplative personality. This aspect of her personality is clearly visible in her poems.

She was aware of the happenings not only in India but also abroad. She discharged her responsibilities devotedly amid adverse and odd circumstances. While answering the questions of her brother, she talks about what the people from another country (the British) are doing for the Mahars and the Mangs. She exposes the vicious machinations of the Brahmins and dwells on the importance of education.

Savitribai writes: “Just see. The people from another country [the British] are doing so much for the progress of Mahars-Mangs and other [backward] castes… The lack of learning is nothing but gross bestiality. It is through the acquisition of knowledge that a man loses his lower status and achieves the higher one. The Brahmins consider themselves superior. And at the root of their superiority is their control over knowledge and education. The majesty of knowledge is inestimable. The persons or community that acquires education or gets educated start developing intellectually” (Tilak 2017). She goes on to explain the importance of education to her brother in detail.

Since her brother has also denounced her husband, she describes to him the personality of Jotirao Phule. “My husband is a godlike man. He is beyond comparison in this world, nobody can equal him. He thinks the Untouchables must learn and attain freedom. He confronts the Brahmans and fights with them to ensure teaching and learning for the Untouchables because he believes that they are human beings like the others, and they should live as dignified humans. The Brahmins are upset because they believe this will create problems for them. That is why they oppose us and chant the mantra that it is against our religion. But Jotiba is fearless and the opposition of the Brahmins does not concern him. He is sincerely teaching the Mangs, the Mahars and the women” (Tilak 2017).

She makes it clear that she is in complete agreement with what her husband is doing. “I assist him in that. I enjoy doing this work” (Tilak 2017). She goes on to detail the work which she is doing alongside her husband and proudly declares that the British have appreciated his work.

Talking about the happiness that she gets in working with Jotirao Phule, she says, “I get great peace of mind in educating people. Teaching women inspires, encourages and energizes me. I get immeasurable joy by doing such service. It gives me happiness, peace and self-satisfaction. This work is about humanity” (Tilak 2017).

In the letter she also mentions the great impact she has on her brother and mother. At the end, she makes a resolution: “We would have to devote every moment of our life to teaching people, making them self-respecting and for their welfare. We shall overcome and success will be ours in the future. The future belongs to us. What more could I write” (Tilak 2017). These lines show Savitribai’s deep yearning for social change. 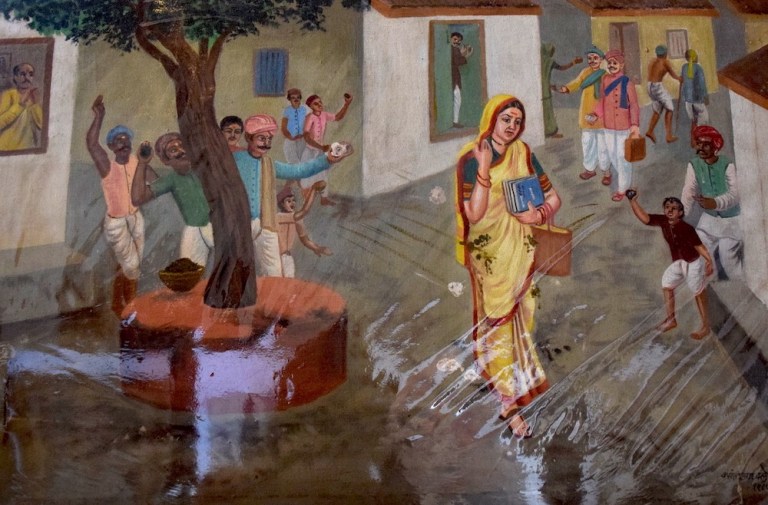 The second letter was written on 29 August 1868 from Naaygaon Khandala (the parental home of Savitribai). It is about a couple in love. The boy is Ganesh while the girl is Sharja. Ganesh has come from another place and settled in Savitribai’s (maiden) village. He has fallen in love with Sharja, who is from the village. The girl becomes pregnant and villagers come to know about the affair. They beat them up and humiliate them. They also threaten to kill them – which is how “honour killings” take place today.

As soon as Savitribai came to know about it, she rushes to save them. She stands like a rock between the blood-thirsty mob and the couple. She reminds them of the British law and warns them that if they murder the couple, they will be punished. By putting the fear of British law in the mob and by pacifying them, she manages to save the couple. The people ask the couple to leave the village. But where will they go?

Savitribai solves this problem, too. She sends the couple to Jotirao Phule in Pune. She writes: “Now I am sending both of them to you. I hope that after hearing of this incident, you will make arrangements for their stay” (Tilak 2017).

The third letter was written from Otur, Junnar, on 20 April 1877. It is a heart-rending account of a famine that had devastated western Maharashtra. The first sentence of the letter shows the deep humanitarian concerns of Savitribai. “I am writing to throw light on the famine … The people are dying. The animals are dying, falling on the ground. There is a severe scarcity of food. No fodder for animals. The people are forced to leave their villages. Some are selling their children, their young girls, and leaving the villages” (Tilak 2017). The poignant description of the famine can move anyone. She also gives an account of how the Satyashodhak Samaj is trying to help the famine victims.

The three letters written by Savitribai to Jotiba Phule are historical documents which tell us about contemporary society, the life and works of the Phule couple and their relationship. 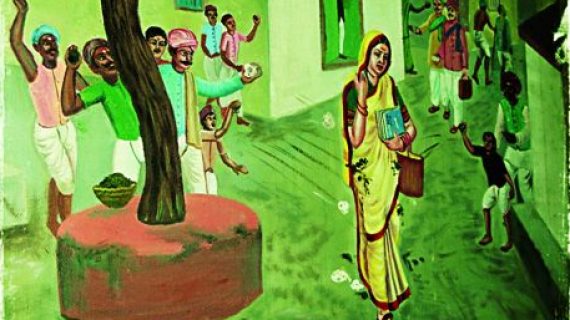 Savitribai’s contributions were not only limited to the field of education. In 1852, she established the Mahila Seva Mandal (Women’s Service Organization) with the objective of improving the lot of Indian women. She was thus the first leader of the Indian feminist movement 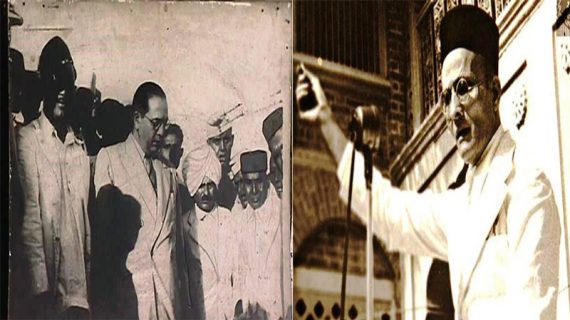