The struggle for water, forests and land (jal, jangal aur zameen) is centuries old. Even today, the Adivasis are fighting for their basic rights. Hul Diwas reminds us of such a struggle. About 150 years ago, the Adivasis of Jharkhand sounded the bugle of revolt against the British. Though the historians say that the sepoy uprising of 1857 was India’s first battle for independence from the British, the fact is that the Adivasis of Jharkhand had raised the banner of revolt against the foreign rulers, earlier, on 30 June 1855. The Hul revolt had begun from the Bhagandih village of the present Sahibganj district under the leadership of Sido and Kanhu. At the time, Sido had coined the slogan “Do or die, O’ British leave our soil”.

Another slogan of the Hul revolt was “Let ruin visit the landlords, moneylenders, police and government officials.” This historic revolt was driven by the yearning of the Adivasis to protect their identity and their land, and hundreds of them lost their lives.

Documented history tells us that the movement failed and around 20,000 Adivasis became victims of the oppressive policies of the British rulers. But it is also a fact that four heroes of the movement – Sido, Kanhu, Chand and Bhairav – managed to strike fear into the British. Thousands of people joining the rebels was not an ordinary event, given that modern means of communication was nonexistent at the time. It is apparent that folk songs and the plays helped in mobilizing the people. As a Mundari saying goes, “Sen gi susun, kazi gee durang, doori gi dumang” [Walking is dance, speaking is song and the body is mandar (drum)]. This is the life-philosophy of the Adivasis.

Songs and mandar are the source of strength of the Adivasis in their struggles. This was true of the Hul revolt in Santhal Pargana, Ulgulan of Birsa Munda and the movement demanding a separate Jharkhand state. The stories of Adivasis revolts would be incomplete without their songs. Whether it was Birsa Munda’s Ulgulan in the colonial era or their resistance in independent India, the Adivasis had songs on their lips, mandar on one shoulder and bow and arrows on the other. The Adivasi culture of resistance is unique in the history of humanity. In Adivasi culture, struggle, love and all other facets of life find expression in songs. The Hul revolt happened in Santhal area. No wonder, many songs of valour were composed in Santhali, which can stir hearts even today. The Adivasi songs invariably refer to their heroes. This Santhali song mentions Kanhu:

(I came out of the house and stood in the courtyard/ I felt Kanhu was calling us/ O’ elder brother, get up quickly/ Leave with sharp-edged weapons/ the time for the war has come).

According to social activist Faisal Anurag, who is well acquainted with Jharkhand, the Adivasis here express their pride, pain, struggles – in fact, all their problems and sentiments – in their folk songs and folk tales. He says, “Most of their songs and tales are undocumented. The few that have been documented have become tinged with the points of view of the documenters.

“The Adivasi songs showcase the history, culture and social consciousness of the Adivasis. These songs represent their endeavour to build their present on the foundations of the past and weave the dream of a better future. These songs are a mixture of love and sadness. The Adivasis remember their heroes when they are sad. Their heroes fought for their water, forest and land. The Adivasis have not forgotten them. The songs in all the Adivasi dialects of the area – Oraon, Munda, Kudukh and Santhali – talk about their heroes. They also describe the combat skills of the Adivasis.”

Anurag says that the relevance of the songs of revolt can be gauged from the fact that those songs continue to inspire the Adivasis even in their present-day struggles. “These struggles of the Adivasi community find mention in their songs,” he says. “They did not allow these songs to die so that whenever there is an assault on their culture, they can be a source of inspiration for them. The Adivasis waged many battles to save their languages, their social structure and to protest against their displacement. Songs played a key role in these struggles. Amazing songs in the Kudukh dialect were written on the Netarhat movement. Songs played a role in the Koylakaro movement and in many struggles waged by the Santhals.”

Anurag says that while changes have come about in Adivasis society with time, their treasure chest of their folk songs, music and tales is so rich that even when they move on, they sift through the past. “Even Adivasis occupying top positions do not lose their connection with their traditions,” he says. “When they visit their villages, they are indistinguishable from the others; they become a part of the milieu and they can’t stop themselves from playing the mandar.”

Talking about the role of songs in tribal struggles and the movements in Jharkhand, well-known Jharkhandi filmmaker Meghnad says that in the olden times, literature was not written. “Tales and songs, preserved through oral tradition, became part of our lives,” he says. “Adivasi songs talked about their revolts and their struggles. We came to know about Birsa Munda only through songs, as has been mentioned by Kumar Suresh Singh in his book.” A Mundari song goes like this:

Jharkhandi songs have given a fillip to people’s movements in the past and they are playing the same role at present. A song penned by Meghnad, “Gaon chodbe naahin” has become a part of the people’s movements nationally and is awakening people:

Madhu Mansuri ‘Hansmukh’, a well-known singer and lyricist of Jharkhand, who has a special attachment to Adivasi society and their songs, says that these songs penetrate your heart. “No dialogue, no speech – no matter which language – can have as much impact as a song can,” he says. “You can’t bring a large community on board only by making speeches. We cannot contemplate Adivasi revolts and revolutions without their songs. Songs come from their heart and they enter your heart.”

Madhu Mansuri’s songs portray both the exploitation of the Adivasis and their uprisings. He says that Jharkhand has a huge subterranean wealth of minerals but still, there is no end to migrations from the state. A Nagpuri song expresses this predicament:

A song of valour penned by Mansuri in the Saadri dialect goes thus:

Adivasis have songs for all facets of life be it their struggle for rights or about raising awareness against social evils. An anti-communalism song in Nagpuri exemplifies this fact:

Vandana Tete, a well-known litterateur from Jharkhand, has been associated with various Adivasi movements. She says that the Adivasis express all sentiments, including pain and pleasure, struggle and love, through songs, which have played a key role in Adivasi movements.

Talking about the peculiarities of the Adivasi communities, she says that Adivasi movements never launched into an attack right away. “The Adivasis never began their struggles with spears and bows and arrows,” she says. “First, they would send out their message to the people through songs and make them aware. They took up arms only when these measures did not have an effect.” She says that women participated enthusiastically in all these struggles and also wrote songs to convey their sentiments to the people. “Songs were used as weapons in people’s struggles – whether it was the Hul revolt, the Jharkhand movement or the movement against displacement. Not every Adivasi villager can deliver a speech but almost all of them can compose songs and sing them. Songs make them agile. They energize them and spread their message far and wide.”

The Adivasis, who talk of water, forests and land, who talk of their soil, have close links with nature. They worship nature. They see music in elegant forests, in hills and plateaus, in the sound of the waterfalls, in the gushing water of rivers of the hills, in the chirping of the birds, in the sounds of wild animals, in the blooming of flowers and in their intoxicating fragrance. It would not be an exaggeration to say that the Adivasis of the delightful land of Jharkhand wake up to and sing, dance and live with the cultural heritage woven into their songs. Songs, music and dance make their lives flow. 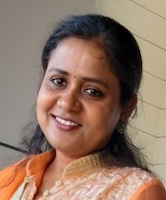 Priyanka is a journalist who has been associated with several media organizations over the past decade, including Deshlive TV, Nakshatra News, Koshish News and Newswing.com.