In Indian society, kinship, family and status determine how you see a person. Relations are the determinants of emotions here.

Rousseau had said, “Man is born free but everywhere he is in chains.” These words define the journey of life. But in some societies, humans were deprived of even the status of a human being. This was true of apartheid, racism and casteism. Among the many dehumanizing mandates of casteism, one was that certain people can come out of their homes only in the dark, before sunrise or after sunset. This was nothing short of civilizational violence. A person born in such a society feels uneasy, unnatural. This feeling of uneasiness leads to a conflict of thoughts, and this conflict illuminates the path to the truth. Kanshi Ram explains this process in two simple words – “rebuff and reform”. Until you recognize the margins of a system you come from, you cannot raise your voice against that system. Among others, Jotirao Phule, Chhatrapati Shahuji Maharaj, Ambedkar and Kanshi Ram exemplified this idea.

If one goes further back in time, one will find that this tradition began much earlier with Buddha, Charvak, Raidas, Kabir and Ghasidas and now has established itself in people’s minds in the form of social movements. But history is not defined by events alone. It has its own language, through which the thinking of some intellectuals finds its way into people’s minds while that of the others is rejected. Thus begins the process of the creation of cultural capital, which is formed by the accretion of ideas, a sense of duty and emotions. In an exploitative system, the exploiter class creates such institutions and uses such languages that make the exploited a slave to the system, thus enabling the exploiters to perpetuate their hegemony. But the exploited, too, create their own language of resistance, inspired by the ideas of great personalities. Kanshi Ram brought this language to the public at large. He was an intellectual who could gauge the state of mind of the people and establish direct communication with them.

Cadre camps seek to contextualize the present in terms of the past on an ideological plane, thus creating a dedicated missionary leadership. Kanshi Ram used Guru Gobind Singh’s words to define this process, “Chidiyon se main baaj ladaon, sava lakh se ek ladaon, tabhi Gobind Singh naam kahaon” (I make birds fight the hawk. I make one fight a lakh. That is why my name is Gobind Singh). This is the process of shaping individuals into the ideological leaders of his community. In his cadre camps, Kanshi Ram used to repeatedly say that “if thoughts are not scrubbed from time to time, they die. And with their death, history, too, dies. A society whose history is dead also dies sooner or later.” Thoughts need to be scrubbed repeatedly so that they are in harmony with emotions, and society does not lose the momentum of taking thoughts forward.

Kanshi Ram used cadre camps as a tool for initiating people into the movement by facilitating the creation of cultural capital, which could be the pride of the community. He used to say that a society with weak non-political roots can never progress politically. That was why he founded BAMCEF (a non-political and non-religious organization) on 6 December 1978.

He said, “BAMCEF is the product of deep yearnings, cautious thinking, experiments conducted and theories developed.” He founded the organization after laying the groundwork, which lasted about nine years. He said that the cadre camps had five objectives: establishing dialogue and introducing the participants to the history, geography, psychology and philosophy of caste. He called this the “alloy system” – a system to combat caste by intermixing castes. He took on his opponents head on. He said that if caste cannot be eliminated, then he will use caste to secure power for the Bahujan community. In keeping with what Guruchand Thakur and Harichand Thakur of Bengal used to say, “Je jaate raja nahin, te jate taja nahin, je jate dal nahin, te jate bal nahin” – meaning a caste which does not have one of its people as the king does not last long, and a caste that does not have its own organization cannot be strong – Kanshi Ram introduced people to the great personalities of their caste and created a sense of duty in society.

Once he had informed the Bahujan about the present reality, Kanshi Ram launched “Mela on Wheels” to introduce them to their past. It was meant to familiarize the Bahujan with great personalities from their communities. His choice of words was designed to establish a direct rapport with the people. He used to say, “I have brought ‘Tie wala Baba’ [Ambedkar], ‘Achkan wala baba’ [Shahuji Maharaj], ‘Pagdi wala Baba’ [Phule] and ‘Dadhi wala Baba’ [Periyar] to you.” Thus he created an army of people who were aware and proud of their culture and history, and were emotionally attached to his movement.

Kanshi Ram realized how important emotions were for any social movement and used them at the right place. He carved out cadres from different castes. He used to say, “Ek tambu mein ek bambu kaise kaam kar sakta hai?” (How can one bamboo hold up a tent?) So, he also developed cadres in different parts of the country. He used emotions logically to build a social movement. He identified talented people from the Bahujan community and delegated responsibilities to them, to instil a sense of involvement and personal investment. He built an “Awakening Squad” that used songs to familiarize the Bahujan with their history. To reach out to the people, he launched a “Two legs, two wheels” campaign, under which he cycled around 3,000 km and walked around 300 km in seven states.

His movement united the oppressed in North India. He used to say that only a weak person – and not a wrestler – will help another weak person and so we have to be united. He used to say, “Dukh daridra ki bhari gathariya, ghaat gaye mil bante, dukhiya ke dukh dukhiya baante” (Sharing the heavy burden of misery and poverty lightens it; only the miserable can share the miseries of the miserable).

Kanshi Ram used to tell the Bahujan that only the self-reliant can sustain a self-respect movement. That is why he instilled a feeling of responsibility among the people.

‘I want a sustainable society’

Today, when all parties are drawing up their own manifestoes, promising the moon to the people, we can learn from Kanshi Ram’s stance in the run-up to the 1988 by-elections. He emerged as a real democrat with the call of “One note, one vote”. He collected around Rs 70,000 and got 71, 586 votes. He told an interviewer, “A poor sanitation worker who gives me Rs 2 will have the courage to thrash with his chappals the Congress candidate who seeks to buy his vote.”

This campaign inculcated a sense of dignity among the Bahujan, besides making them realize the value of their vote. Kanshi Ram did not seek acceptance through the media; instead he went to the people to win their confidence. When Kanshi Ram urged the Bahujan to acquire competence and talent, his objective was to initiate a distinct and free politics of the Bahujan. That was the reason he urged the Bahujans to “tell the buyers that you are not up for sale”.

For the first time in India’s political history, the Bahujan Samaj Party emerged as an alternative for the exploited and the oppressed. It allowed them to taste power. An example of this was the DS-4 (Dalit Shoshit Samaj Sangharsh Samiti) entering the fray for the Haryana assembly elections of 1982. Kanshi Ram fielded his candidates in 46 constituencies, of which 20 were from the OBCs. Kanshi Ram told them, “This nomination is only a platform ticket. It can take you to the platform but not to the Parliament House in Delhi.”

Kanshi Ram gave a fillip to representational democracy in Indian politics by forging a movement – so much so that at one time, the RSS chief Balasaheb Devras had to admit that the BSP was the biggest threat to them in North India. 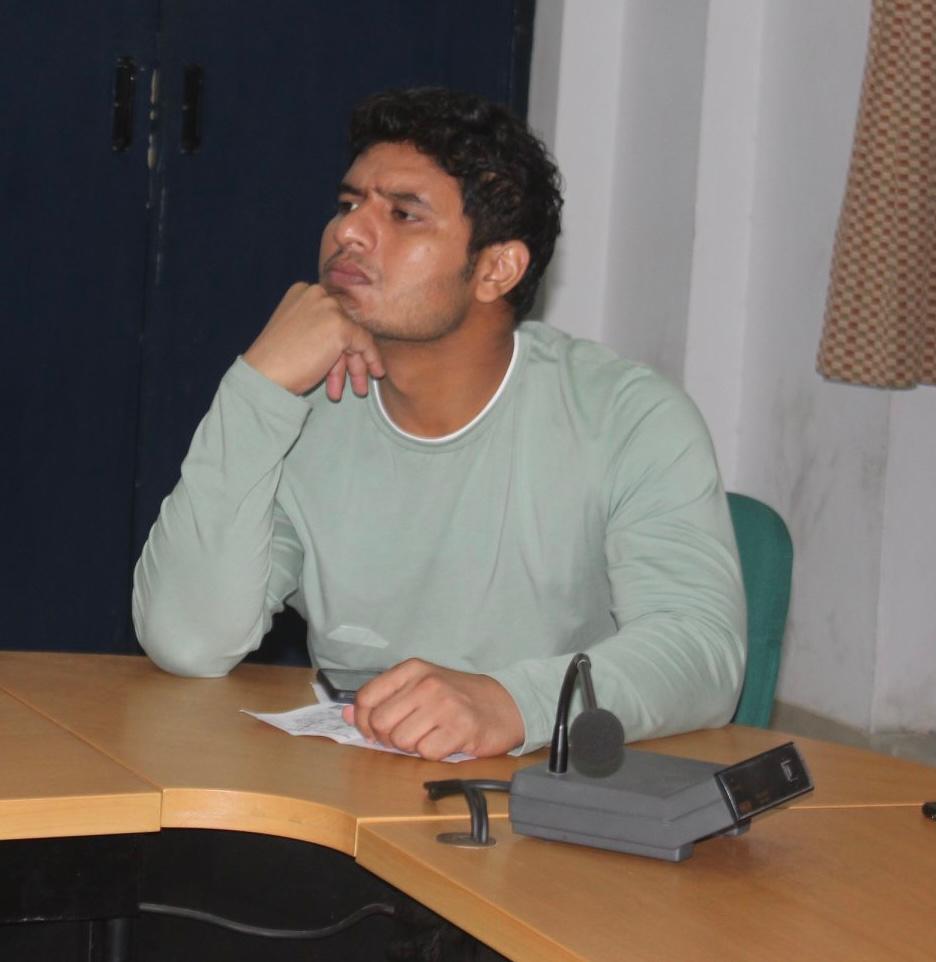 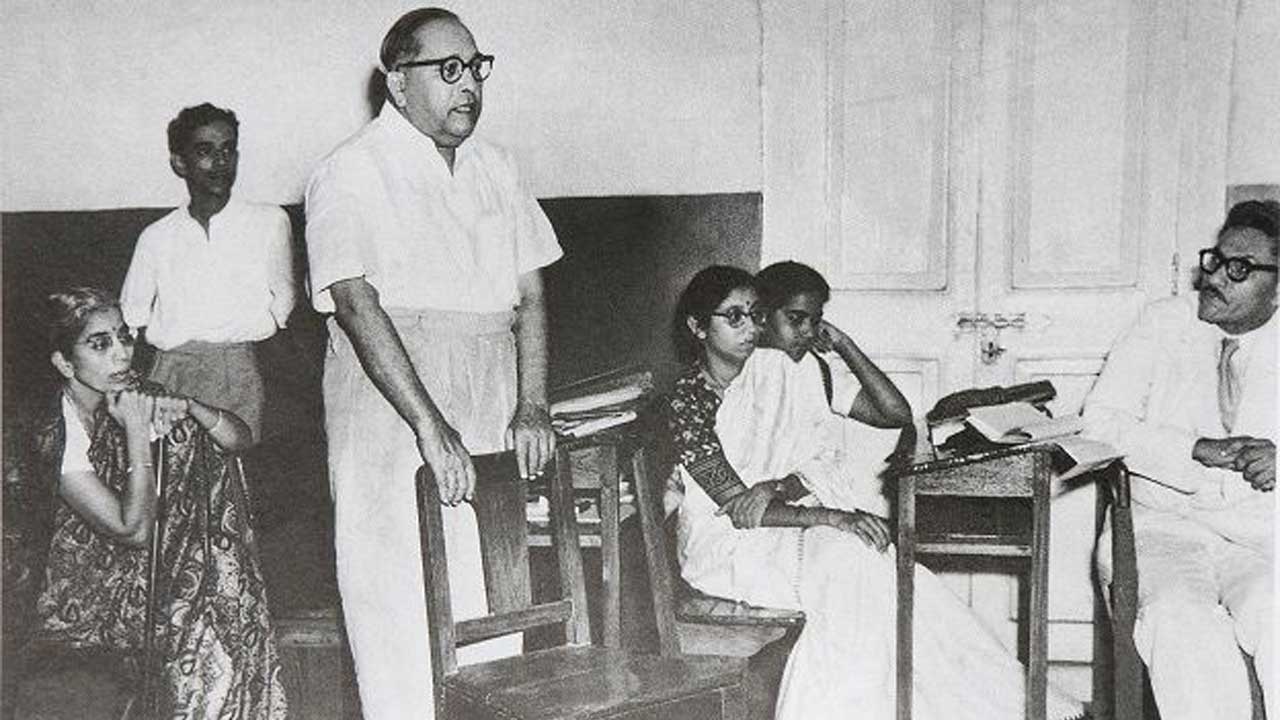 Dr Ambedkar had a very clear perspective on gender discourse. What was it? How did he see caste? In his Annihilation of Caste (1936)...