Addressing the people of the depressed classes, Ambedkar said, “Religion is dear to you and that is why you demand religious and social rights from the followers of Hinduism. But they are not ready to give these rights to you. This means that you are not Hindus by religion. The followers of the Hindu religion you belong to, hate you. They treat you as their enemies. In these circumstances, you should scout for a new path for yourself.” He also said, “Don’t lower your status as a human being by falling on the feet of the Hindus and begging before them for no reason. Think about those religions which are focused on social reform and on your progress.” [Dr Babasaheb Ambedkar: Writings and Speeches, Vol 18, Part I (Marathi), Government of Maharashtra]

Today, 66 years after Ambedkar’s conversion, there has been no change in Hinduism, its culture and the attitude of its religious leadership. Not a day goes without a heart-rending incident of atrocities on Bahujans being reported from one place or another. This has created unrest among the backward classes, and the number of persons quitting Hinduism to join other religions is growing. Many well-known advocates of humanism have taken Diksha of Buddhism.

History of conversion to Buddhism in India

The biggest mass conversion to Buddhism in India took place on 14 October 1956 in Nagpur, when, led by Ambedkar, around five lakh Hindus quit Hinduism and embraced Buddhism. Given his painful experiences as a Hindu, Ambedkar had announced in 1935 that he was born a Hindu but won’t die as one.

Today, the number of people adopting Buddhism is growing. These conversions are not being done clandestinely – they are being duly registered with the government. There is no deceit, fraud, force or allurement involved in these conversions. In fact, they are celebrations of freedom from mental slavery.

The attraction for Buddhism did not wane in 2021 and 2022. At Bhulon in Rajasthan’s Baran district, 12 members of a family became Buddhists and at a mass wedding in Bharatpur district of the same state, 11 newlywed couples converted to Buddhism. On 17 October 2022, 450 people converted to Buddhism at Shorapur in Karnataka, saying that they did not get anything except humiliation and ridicule in Hinduism.

Around 300 Dalitbahujan at Kashipur in Uttarakhand and thousands in Uttar Pradesh’s capital Lucknow, took diksha in Buddha Dhamma after reading out Ambedkar’s 22 pledges. Last year, 396 persons adopted Buddhism at Ahmedabad, Danlipada, Kalol and Surendranagar in Gujarat.

Again in 2022, 200 Dalitbahujan adopted Buddhism at Dikshabhumi in Nagpur. Of them, 90 were from Gujarat and 40 from Karnataka. As many as 407 Dalitbahujan took Diksha at the Dharma Diksha event held at Aurangabad in Maharashtra. Similar events were held in the Rajnandgaon district of Chhattisgarh.

However, the most-talked about among such events was of Rajendra Pal, a minister in Delhi Government, taking Ambedkar’s 22 vows along with thousands of others at a meeting in Delhi on 14 October 2022. The BJP leaders kicked up a big row on the issue, leading to Chief Minister Arvind Kejriwal asking Pal to resign.

Why are so many people converting to Buddhism? One obvious reason is that even as the ruling class celebrates Azadi Ka Amrut Mahotsava, the Dalits and the OBCs are still facing discrimination and violence. Not long ago, Dalits were prevented from entering a temple at Amlihla village in Karnataka’s Shorapur. In Kolar district, a fine of Rs 60,000 was slapped on a person for touching the idol of a goddess in a temple. In Heggotra village of Chamarajanagar district, a water tank was purified with cow urine after a Dalit woman touched it while attempting to drink water on 18 November 2022.

In Rajasthan, Jitendrapal Meghwal, a Dalit youth, was murdered for sporting a moustache and posting his picture on social media. At a school in Jalaur district, Indra Meghwal died after he was thrashed by his teacher for drinking water from an earthen pitcher kept on the school premises. Objections were raised to an Indian Police Service (IPS) officer riding a horse in his marriage procession.

At Daboha in Bhind district of Madhya Pradesh, two Dalit brothers were asked to pay Rs 1.5 lakh as fine, their heads were tonsured and they were taken round the village in a procession – all for getting into a dispute with a person called Dileep Sharma.

In the Bareilly district of Uttar Pradesh, a Dalit boy studying in Standard 10 was made to wear a garland of shoes and paraded around the village just for daring to converse with a girl from an upper caste.

According to a survey conducted by the Child Rights Observatory, Bhopal, and Madhya Pradesh Dalit Abhiyan Sangh, in 10 districts of the state, 92 per cent Dalit children are not allowed to drink water in schools and 80 per cent of the villagers cannot enter temples. If the parents give a decent name to their children, they have to face reprisals. In Tamil Nadu, a Dalit sarpanch was not allowed to hoist the national tricolour.

Be that as it may, the Dalitbahujan have come to realize that conversion is the only way to break free from a culture that consistently humiliates them in the name of religious traditions and runs roughshod over their human rights. The Bahujan, like every human being, should have the freedom to assess which religion is the best for them. There should be no external intervention, if a person, sick of his lowly position in his present religion, decides to embrace another religion. 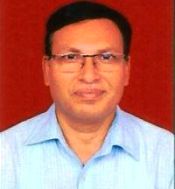