The writings of its founder or leader are one of the best means to understand a movement or ideology. Besides, speeches and interviews given by him to the media can also tell us a lot in this respect. In this context, this compilation of the editorials written by the founder of the Bahujan Samaj Party (BSP) and Bahujan leader Kanshi Ram is an important publication. It has been edited by AR Akela and translated by Vijendra Singh Vikram. Few are aware that besides Bahujan politics, Kanshi Ram was also the pioneer of Bahujan journalism. In the 1980s, Kanshi Ram began publishing the weekly Bahujan Sangathak in Hindi and the monthly The Oppressed Indian in English. He was the editor of both.

This book contains the Hindi translation of the editorials written by Kanshi Ram for The Oppressed Indian and has been published under the title Manniya Kanshi Ram Saheb Ke Sampadakiya Lekh (Editorial Articles of the Honourable Kanshi Ram Saheb). The preface of this book is written by former Uttar Pradesh minister Daddu Prasad. Seventy-seven editorial pieces of Kanshi Ram have been compiled in the book. The first is on Samachar sevaon kee awashakta (Need for news services) in which Kanshiram has raised a valid point that the casteist brahmanical press blacks out the news pertaining to Dalits and exploited classes. He writes that Ambedkar started Mooknayak (The voiceless hero), in 1920, Bahishkrit Bharat (Boycotted India) in 1927, Janata (The people) in 1930 and Prabhuddha Bharat (Englightened India) in 1955 because Ambedkar realized the importance of having one’s own news media. Talking about the launching of The Oppressed Indian, he writes that “the need and opportunity have inspired us to accept the challenge and take a plunge in the field of news”. At the end, he expresses his determination to ensure that the publication reaches every nook and corner of the country within the next two years. Though both journals ceased publication in Kanshi Ram’s lifetime, today newspapers and magazines of Dalits and the exploited classes are being published from all parts of the country. 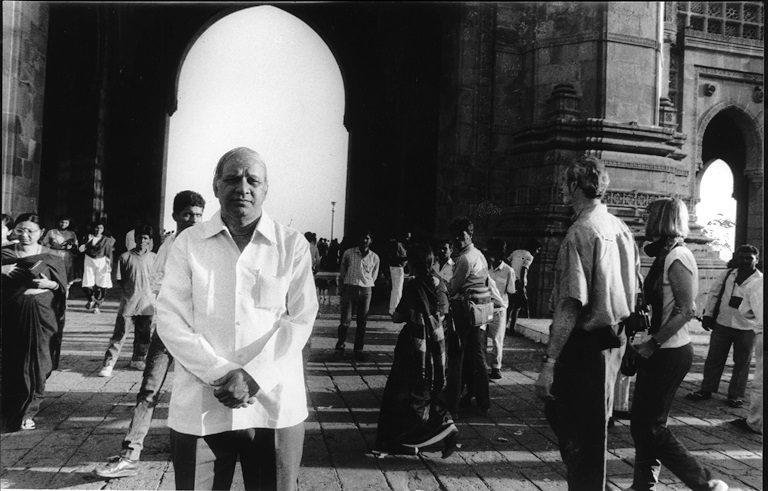 In the April 1979 issue, he shed light on Ambedkarite ideology. In the article entitled Kya Ambedkarvad punarjivit aur dirgajeevi hoga? (Will Ambekdarite ideology revive and be durable?) he writes, “The mission which was respectable in Baba Saheb’s times is the subject of ridicule today”?. Explaining the reason thereof, he writes that the RPI founded by Baba Saheb was divided into eight groups and there were six factions of Dalit Panthers. In these circumstances, he asks, how can Ambedkarite ideology be revived. When Kanshi Ram wrote this article, he was the leader of BAMCEF; before the Bahujan Samaj Party was yet to be formed. He says that BAMCEF had taken up the responsibility of fulfilling Ambedkar’s mission on itself. In the same issue, Kanshi Ram had also commented on the anti-Conversion bill, which was moved in Parliament in 1979 by OP Tyagi. The objective of the bill was to bar the Christian missionaries from converting Dalits and tribals. Kanshi Ram writes that the Buddhists should have opposed the bill tooth and nail because, according to him, “the bill would hurt the Buddhists more than the Christians because the Christians never resorted to mass conversions”. He says “The abject failure of Ambedkarite ideology had also adversely impacted conversions. The deadlock is such that the so-called supporters of Ambedkar did not oppose the Tyagi legislation”.

Although almost all editorial articles of The Oppressed Indian basically talk about the programmes, policies and activities of BAMCEF they also show how Kanshi Ram was drawing up the contours of his future politics in consonance with Ambedkar’s political movement. To begin with, he talked of the need for arranging funds with reference to Ambedkar’s mission. In his April 1979 editorial he wrote, “Crores of rupees must have been spent on running the (Ambedkar) movement for 40 years. Dr. Ambedkar arranged this huge fund without loosening his grip on the movement even a bit and ensuring that the missionary character of the movement remained intact. But his followers could not collect even a fraction of that amount and in the process, from missionaries they turned into mercenaries. The need for money is too important to be ignored and so, those who want to revive Ambedkarite ideology would have to arrange crores of rupees using their own resources.” And it is well-known that Kanshi Ram did arrange crores of rupees for his movement.
BAMCEF was a non-confrontationist organization because it was an organization of government employees. But without confrontation, without struggle, Kanshi Ram could not have built a support base for himself at the ground level. That is why, in 1981, he constituted the “Dalit, Shoshit Sangharsh Samiti” (DS-4). Haryana was the first state where DS-4 made its foray into the field of politics. In his June 1982 editorial he writes, “The Haryana experiment gave us an opportunity to put our theories to practice. After the Haryana experiment, we are quite optimistic and confident that DS-4 will be able to give the Dalit-exploited class its own national political party before 30 June 1983.”

In his editorials, Kanshi Ram has also talked of the history of the Dalits and their present condition. In the July 1982 editorial, he has referred to the Namasudra movement of West Bengal, which became a people’s movement in the beginning of the 20th century. He makes a very significant observation. He writes that when the British quit India, the Namasudra movement was at its zenith. The movement was so powerful that the Namasudras of Bengal, by sending Baba Saheb Ambedkar to the Constituent Assembly, proved their commitment towards the oppressed and exploited classes. Kanshi Ram goes on to make a precise analysis of their present condition. “The division of Bengal also divided the Namasudra movement so that today they are rootless. Their roots are in Bangladesh while their branches are in India.” Raising a very pertinent question he says that “the division has indeed dealt a deathly blow to the movement but how long will they cry over their loss?” Then, answering the question himself, he says that the Namasudras should rebuild their movement. “This issue is devoted to the problems of the Namasudras and their movement and is thus very important.”

In the October 1982 issue, Kanshi Ram bitterly criticized Maharashtra’s Dalit Panthers describing them as “male prostitutes”. What he reveals next is an eye-opener. “In Pune, I was shocked to see that after the failure of the movement, some of them have started brewing country liquor. Others have opened gambling dens.” So much so that in some places “they have turned pimps and by paying a regular tribute to the policemen have started sending prostitutes to other areas. Thus, they are now under the thumb of the police. Now, it is the responsibility of the community to deal with such Panthers. As far as my opinion goes, I would say that one should be cautious of these male prostitutes, who call themselves Dalit Panthers.” The bitterness of Kanshi Ram shows that Dalit Panthers had become a stumbling block for him in Maharashtra.

In March 1982, writing about Babu Jagjivanram, he says that Jagjivan Ram had no objective in life barring contesting elections. In the November 1983 issue, he tries to raise the political awareness of the backward classes.

On 6 December 1983, Kanshi Ram launched “Samajik Karyavahi Yatra” (Social action yatra), which began from Kanyakumari touched Kargil, Kohima, Puri and Porbandar and culminated into a huge rally at the Boat Club in New Delhi. He has written special editorials in the March and April 1984 issues, which help us understand his political growth. It was after this yatra that Kanshi Ram founded the Bahujan Samaj party on 14 April 1984. For the next five months, the publication of The Oppressed Indian
remained suspended.

In the October 1984 issue, he wrote an editorial on the suspension under the heading “We apologise”. In the editorial, he presents an account of his social activities from the beginning till date. The book contains editorials written up to June 1986, which can be considered the last issue of the journal. In one of the write-ups in July 1985 issue, he talks about his visit to England. The article contains a very frank description of what he went through during his visit. This book is an important document in as much as it helps one understand the times of Kanshi Ram and his socio-political activities. The book is a readable and collectable compilation to get introduced to Kanshi Ram’s journalism. 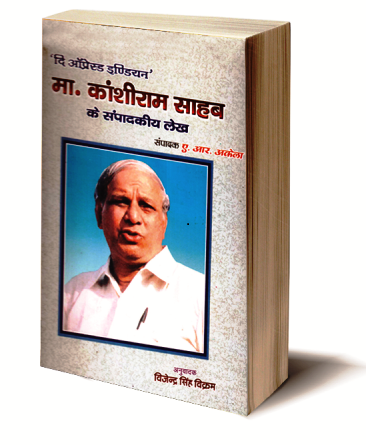 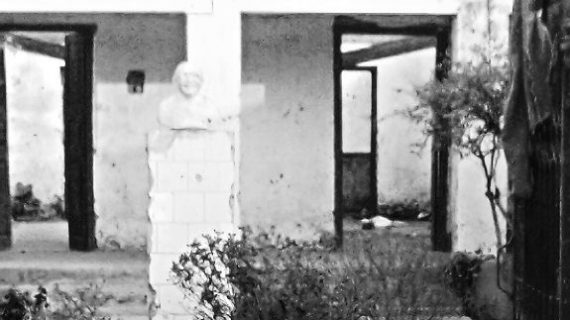 Last May, after the students staged a protest against the mismanagement of the school, BDO Amit Kumar, a probationary IAS officer, visited the school and talked to them. The students told him that they had not been given the money for uniforms, books, medicines and sanitation for two years 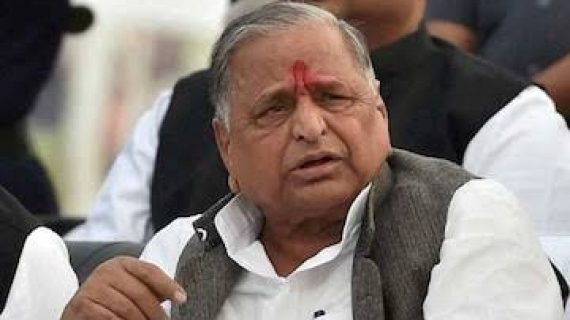 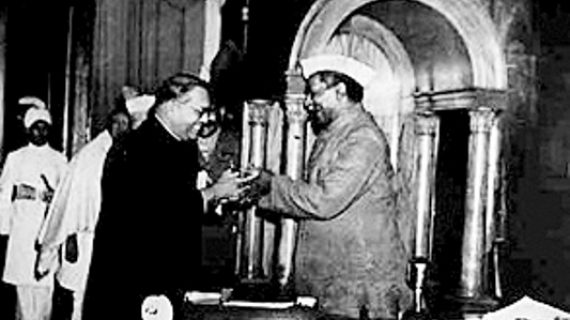 The Progress-Prone Preamble of India’s Constitution

When the Constituent Assembly approved its new Constitution on 26 November 1949, they set the development agenda for decades to come—one which demands concrete expression