North Indian media has yet again proved that it stands not with the Dalits but the upper castes. Even the Bihar media treated lightly the news of the incident related to hoisting of nation flag in Baddi village in Rohtas in which Rajputs of the village killed their Dalit neighbours. English dailies published from Bihar have given preference to this news while big Hindi dailies of Bihar such as Dainik Hindustan, Dainik Jagran and others declared the news to be no more than a factional conflict.

Dainik Hindustan gave no importance to the news and dumped it on page 18 with the headline “Two factions clashed in Rohtas, one dead” [all headlines translated from Hindi]. It was the fifth story on the page without any picture. The Hindustan report says that in this incident one man Vilas Ram has died while 50 others have been injured and 15 are in critical condition. On this same page, there is a five-column news item with the title “Pregnant woman admitted in emergency in PMCH serious”; this woman Champa Devi was injured in the Rotas violence. Meanwhile, Dainik Jagran carried the report on page 18 under the headline “Two factions clash on issue of flaghoisting, one dead”. Nowhere in the story you read about the wrath of the strongmen coming down upon the Dalits. Hindustan too did not discuss the attack on the Dalits in the news. Dainik Jagran has given it space at the bottom half on page 13. If one looks at the facts of the news story one finds that it is trying to paint a false picture. First, look at the headline, “Two factions clash on issue of flaghoisting, one dead”. According to Dainik Jagran, “On the Independence Day, two groups violently clashed during the hoisting of the flag, in which one elederly man Ram Vilas died, while 42 other people from both sides got injured.” 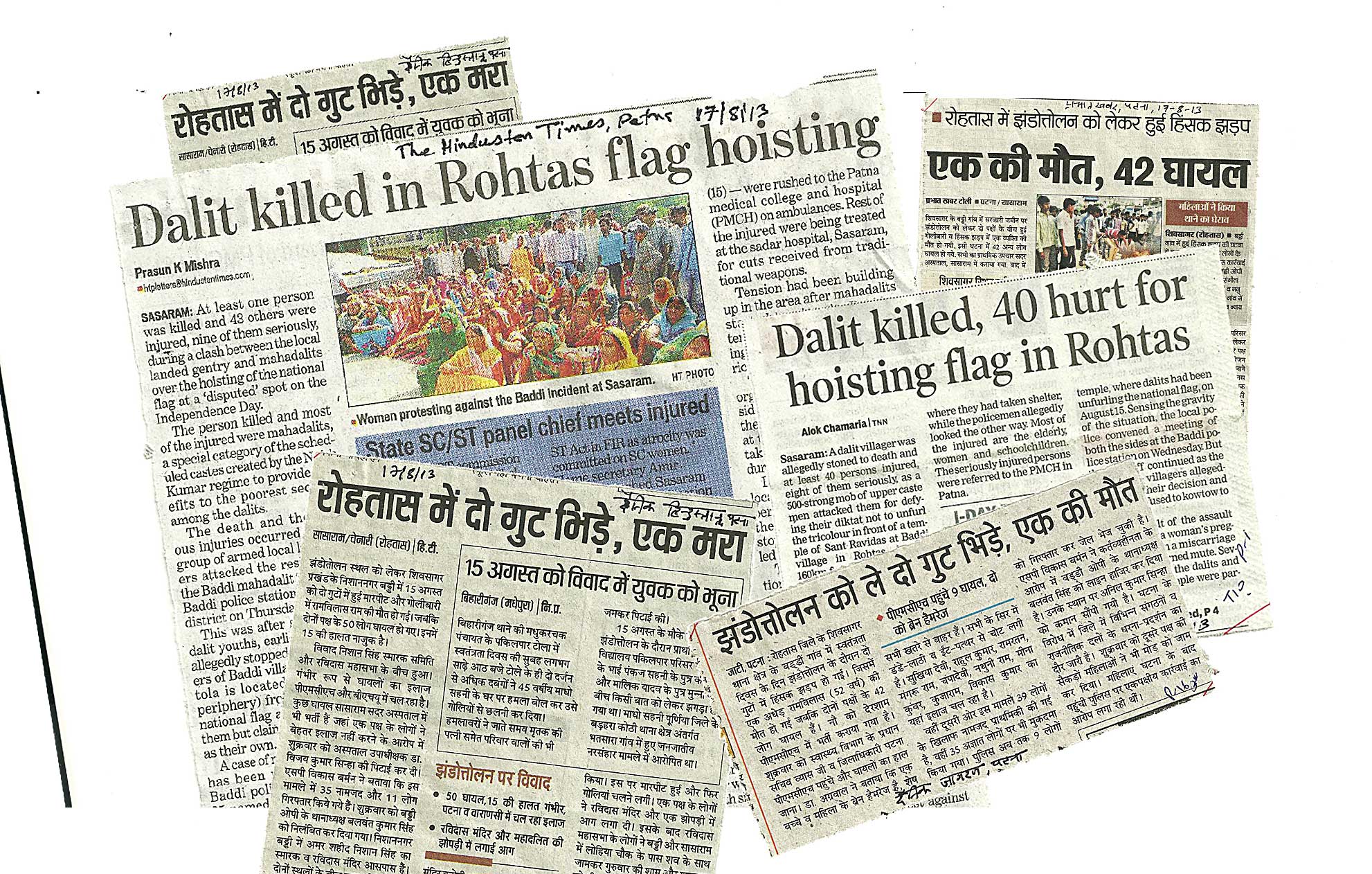 The newspaper calls the deceased Ram Vilas and not Vilas Ram. It requires no special intelligence to note the difference it makes when a Ram is added before or after the name. These newspapers refer to the clash and exchange of fire between two factions. Prabhat Khabar has published the news item “Violent Clash in Rohtas over Flag Hoisting, One Dead, Forty-two Injured”. But even Prabhat Khabar has not made this a lead story on the page. On this page, the lead story is about a BJP programme – “The Jungle Raj Is Returning”. This newspaper carried a statement, beside a related picture, by one Tej Ram injured in the incident. According to Prabhat Khabar, Tej says, “At the site of the incident there is a statue of Ravidas ji. Every year the strongmen would pressurise us regarding the flag hoisting programme. Even this year, both the parties reached a compromise with the intervention of the administration and keeping with the terms of compromise we decided not to unfurl the flag. In the morning, all of us were there at the site, when the rowdy strongmen reached the scene with police and attacked us.” Daily Aaj published a single-column news item on page six, whereas Times of India, giving the news item due importance, published it prominently on page 1 with ample details and with the headline “Dalit killed, forty hurt for hoisting flag in Rohtas”. Hindustan Times too published it on page 1 with details on page 4. The Hindustan Times headline said: “Dalit Killed in Rohtas Flag Hoisting”.

The news that appeared with variety of perspectives in various newspapers makes clear the respective newspapers’ view of Dalit atrocities. The coverage by electronic media wasn’t any better. Aryan TV did a decent job and showed the footage of victims admitted in PMCH but the rest of the channels merely went through the motions. Social composition of the media: The other side of surveys

A suicidal tendency is afflicting most of the Dalit and OBC journalists. They accuse the upper castes of dominating the media but when they are asked to reveal their own caste, they behave as if their caste doesn’t matter – they turn caste-neutral. Unless and until the Dalit and OBC journalists gather the courage to reveal their own caste, they will continue complaining about the domination of the upper castes but never succeed in breaking it

The JDU is feeling increasingly insecure about its MBC vote bank because it fears that the BJP may play the MBC card in the name of Narendra Modi. It doesn’t want to share its MBC constituency with any other party. That is why it decided to field Ramnath Thakur and Kahkashan Parveen in the Rajya Sabha polls 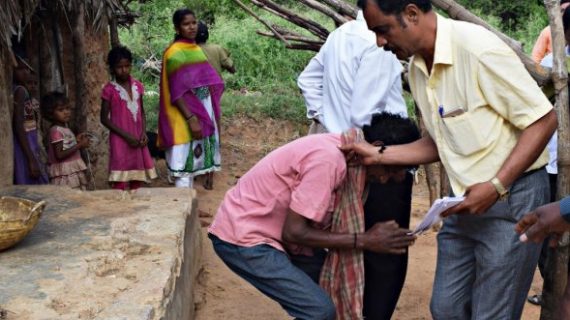