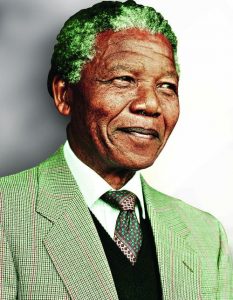 Nelson Mandela is no more. In the early hours of 6 December, just as Indians were getting ready to commemorate their founding father Dr Ambedkar, came news of the demise of Mandela, the father of post-apartheid South Africa. The world over there is grief, yet Africans are celebrating his life. The Western powers are canonizing Nelson Mandela today despite their track record of violation of human rights in Africa and elsewhere.

A common point of the tributes is that Mandela was great because he did not believe in ‘retribution’. He was for ‘reconciliation’ and is the father of a ‘united’ South Africa. Indians lost no time in describing Mandela as their friend. The president, prime minister and all were in unison saying it out loud that Mandela had learnt so much from Gandhi.

The Indian hypocrisy is much greater than the West’s. Though Jawaharlal Nehru was clear in his condemnation of South Africa’s apartheid regime, it would be highly unjust to say that we did enough to eliminate the regime. To hide our own hidden apartheid, we can talk a lot on Africa but not allow our own people into the power structure. The hatred that exists in India today is clearly reflected even in the tribute to Mandela.

Leader after leader said Mandela was influenced by Gandhian values. One does not know what Gandhi did for the toiling masses of Africa. Even when Gandhi was in Africa, his struggle was not really for the blacks but for the Indian community there, which was mostly Gujarati businessmen, who remain dominant in large parts of Africa and are no less racist and casteist than their white counterparts. 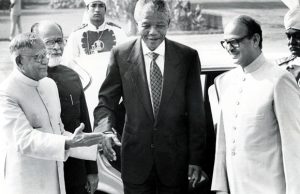 Secondly, India is home to a system that is much bigger and more discriminatory than South Africa’s. More than 160 million people in India suffer from a hidden apartheid that has ‘divine sanction’ and the constitutional framework has not been able to protect those rights which are violated every day. Yes, Mandela came to India in 1990, the most turbulent year in the history of independent India, a year in which some of the most marginalised got the right to participate in governance, with the longstanding demand of reservation for the OBCs fulfilled. It was the year when the government gave the highest honour of the land, the Bharat Ratna, to the father of the Indian Constitution. It was along with Baba Saheb Ambedkar that Nelson Mandela was  awarded the Bharat Ratna by the V. P. Singh government. These two icons stand out among the recepients of the Bharat Ratna, which has always been used by the power elite to promote their own people. It was for the first time we had felt that the Bharat Ratna had gone to the right people.

Yet none of our commentators, even on 6 December, Ambedkar’s death anniversary, spoke of Mandela’s similarities with Ambedkar, who fought single-handedly for the rights of Dalits who even today suffer prejudices and discrimination. The prime minister mentioned Gandhi since it is a ritual for every Indian leader to acknowledge Gandhi and Nehru as a part of the power structure. There are awards and ceremonies in their names. If Mandela had time to read Ambedkar, I am sure he would have appreciated his struggle. If the black population in South Africa still suffers and Dalits in India are still asking for basic human dignity, then what is the meaning of the so-called ‘transfer of power’ and ‘inclusive democracy’? The fact is that the power elite have manipulated ‘inclusive’ democracy very well to validate their ‘exclusive’ rights over our natural resources, our finances and our power structure.

Now that Mandela is no more, it is essential that we do not deify him. Let there be a critical analysis of his legacy so that the liberation movement that he launched is not glossed over by just forgiveness and forgetfulness.