While on the one hand gross irregularities, misconduct and rigging have come to the fore in the appointment to the post of regional secretary reserved for Scheduled Tribes (ST) in the Sahitya Akademi – an autonomous body under the Ministry of Culture, Government of India – on the other hand, the services of Kamal Ahmed, an OBC Muslim officer in the Akademi, have been arbitrarily terminated. 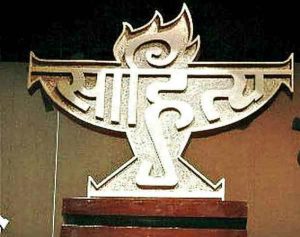 On 6 April 2013, the Akademi advertised vacancies of regional secretaries for its regional offices in Mumbai and Kolkata. One of the two posts was open to everyone while the other was reserved for STs. The interviews of the candidates were held at the Kolkata regional office on 7 September 2013. A total of 14 candidates appeared but none of them was an ST. The selection committee included Vishwanath Tiwari, chairman; Chandrashekhar Kambar, vice-chairman; and K. Sreenivasarao, secretary of the Akademi. Also on the panel were Bengali writer Navnita Devsen and Gujarati litterateur Sita Chandra.

One of the candidates Dr Manish Gawai, who has been conferred with the National Youth Award by the President of India, in his complaint to the National Commission for Scheduled Castes, has said that hiding facts and throwing government rules and regulations to the wind, the post was de-reserved and Krishna Kimbahune, a programme officer in the Mumbai office of the Akademi, was appointed regional secretary (Mumbai). He was close to the Akademi top brass. No appointment was made to the post of regional secretary (Kolkata) on the plea that “no candidate was found suitable”. Accusing the selection panel of casteism and discrimination, Gawai said that if he did not get justice, he would return his medal to the President.

Accusing the Sahitya Akademi of partiality and discrimination, an SC candidate Dr Vibhor Das has sent a written complaint to the Ministry of Culture and National Commission for Scheduled Castes. Das, who works as an assistant registrar in an engineering university in Kolkata, said that the Akademi   had violated the roster and hurt the interests of SC candidates. He wants to know when the post of regional secretary (Mumbai) was reserved for SCs, why the advertisement dated 6 April 2013 had invited applications for two posts of regional secretary Mumbai / Kolkata (One post unreserved and one reserved for STs)? He also wants to know why the advertisement did not make it clear which of the two posts was unreserved and which was reserved. Accusing the Akademi of holding back the truth, Das, who had applied for the post of regional secretary (Mumbai) reserved for SCs on 28 April 2013, demanded a free and fair enquiry into the entire issue.

Dr Das said rightists were occupying the three top posts in the Akademi established by Jawaharlal Nehru. The chairman, secretary and deputy secretary were implementing their Manuwadi agenda, he added. The secretary of the country’s top literary institution is a non-litterateur (not a single poem or story of his has been published anywhere); K. Sreenivasarao’s appointment to the post was beset with controversies. How, during his tenure at the Akademi , Sreenivasarao managed to acquire MA, MPhil and PhD degrees should also be probed, he said.

Not only is the Akademi administration depriving Dalits of their legitimate rights but it has also terminated the services of Dr Kamal Ahmed, a ‘Group ‘A’’ officer belonging to an OBC Muslim caste. The probation period of Ahmed, who holds a doctorate from JNU and is a former officer of the National Book Trust (NBT), was extended arbitrarily by one year in violation of all government rules and regulations and without giving any reason. He submitted a representation against the decision but to no avail. Later, he moved the principal bench of the Central Administrative Tribunal, New Delhi. The matter was under the consideration of the tribunal when his services were terminated.

Rajya Sabha member and National President of All India Pasmanda Muslim Mahaj Ali Anwar Ansari has written to the Prime Minister and the Minister for Culture seeking their intervention in the case. He has also said that he would raise the issue in Parliament.

The current state of affairs in the Akademi suggests that there is no place for SCs, STs, OBCs, minorities and women in its administration and management. Why the literary community is mum on the issue and why the voices of opposition are so weak are questions that need to be mulled over.

Kumar Anil teaches in the Khalsa College of Delhi University.