Since 1962 India’s schools and educational institutions have been observing 5 September as Teachers’ Day. It is the birth anniversary of the first vice-president and second president of independent India, Dr Sarvepalli Radhakrishnan (1888-1975). More recently, a section of Dalits – mostly students, activists and intellectuals at public universities – has been increasingly denouncing this practice. They contend that the birthday of Radhakrishnan, a Brahmin, should no longer be held as Teachers’ Day because he had made no contribution to the educational upliftment of the majority lowered castes and classes. Instead they exhort people to observe National Teachers’ Day on 3 January, the birth anniversary of the 19th-century backward caste social reformer and teacher, Savitribai Phule (1831-1897).

According to her biographer, M. G. Mali (Krantijyoti Savitribai Phule, 2005), Savitribai Phule was taught by her young husband, Jotiba in a school run under the shade of a mango tree. Access to education enabled her to become aware about egalitarian movements around the world – she managed to read the biography of Thomas Clarkson (1760-1846), who fought for the liberation of African Americans. Later, when she became a teacher, there was opposition from reactionary Brahmins, who pelted her with stones and flung dung on her in order to “save” their orthodox Hindu religion. While frustrated Brahmins were unable to deter the zeal of the young Phule couple for imparting education, they succeeded in reasoning with her father-in-law, Govinda Rao, to force them to leave his family home. She preferred eviction, along with her husband, from home to giving up her mission of education for all. 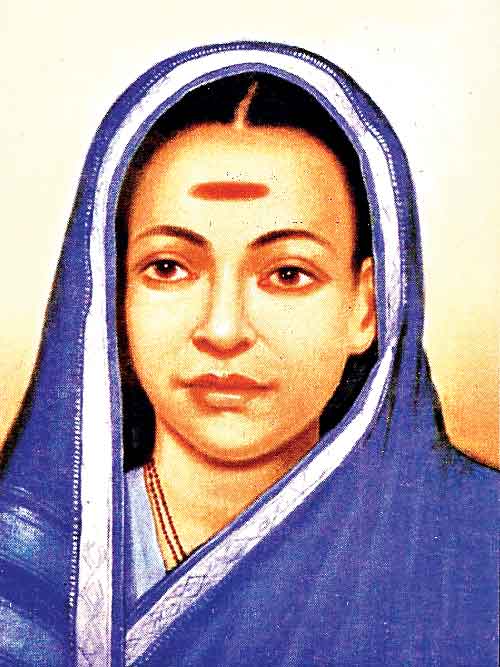 Despite the opposition, the Phules continued to persuade parents to send their daughters to their schools. As a result of their hard work, 18 schools were opened from 1848 to 1852. Her dedication to spread education, particularly among Dalitbahujans, is self-evident from a few lines of her poem. “All gets lost without knowledge … We become animal without wisdom … So learn and break the chains of caste … Throw away the Brahman’s scriptures fast.”

Though it has been claimed that Savitribai Phule’s birth anniversary has been celebrated as Teachers’ Day by the radical Dalit Panther since the 1970s, the intensified campaigns, particularly at public universities, have been observed in the last few years. This article focuses on such activism at India’s two prestigious universities, Hyderabad Central University (HCU) and Jawaharlal Nehru University (JNU), where Dalitbahujan politics are particularly strong.

Bahujan Student Front (BSF), a Dalit organisation active at HCU since its formation in 2007, has been celebrating the birth anniversary of Savitribai Phule as Teachers’ Day for the past few years. In its 2013 pamphlet, the BSF offered its justification for this: “Education was denied to the Bahujan Samaj under the barbaric Brahmanical reign; despite this, Savitribai Phule made radical efforts to enlighten the mulnivasis [aboriginals] of India by taking up education as the weapon for emancipation.”

Dalit ideology views Brahminism as a primary contradiction and education as one of the most important means for liberation. It therefore opposes the observance of Teachers’ Day on the birth anniversary of a Brahmin who is alleged to have been an apologist of Hinduism/Brahminism as a scholar of comparative religion.

Similarly, S. Swaroop Sirapangi, a student of HCU with Dalitbahujan ideological persuasion, posted a pamphlet in 2012 on his blog that said Savitribai Phule, unlike Radhakrishnan, deserved to be recognised as a true educator, for she, along with her husband Jotiba Phule, was in the forefront of spreading education, particularly among women and lower castes as early as the middle of the 19th century. “As Brahmins never imparted education to others, especially to the Dalitbahujans, Savitri Bai Phule and her husband Jotiba Phule were instrumental in taking a revolutionary step to educate the Dalitbahujans sections.”

A web portal Dalit Muslims Voice also supports the Dalits’ demand. It praises Savitribai Phule as “a radical exponent of mass and female education”, “a champion of women’s liberation”, “a pioneer in engaged poetry”, “a courageous mass leader” fighting against “upper caste atrocities”. The Pasmanda Muslims and Dalit and backward-caste Muslims allege that they face exploitation and humiliation at the hands of upper caste Ashraf Muslims. As a result they have forged an alliance with lower castes of Hindus and other religious communities.

In JNU, too, the United Dalits Students Forum (UDSF) has been organizing seminars, holding public meetings and taking out political processions on this issue. JNU’s traditionally strong left students’ organisations, which have ignored Dalitbahujan icons in the past, have now no hesitation in wearing Phule’s badge on their sleeves. In short, while smashing Brahmin gods, the Dalitbahujans are simultaneously discovering their own icons.

To understand this phenomenon, let me draw on the work of social historian Badri Narayan (Women Heroes and Dalit Assertion in North India: Culture, Identity and Politics, 2006). Ac cording to Narayan, Dalits’ identity history attempts to iconize Dalit heroes and heroines. The purpose of this exercise is to challenge the hegemony of the upper castes in the sphere of culture and civil society. New icons such as Phule, Udadevi, Jhalkaribai, Avantibai, Pannadhai, Mahaviridevi are meant to enthuse Dalits to fight against the oppression and exploitation by the upper castes. As he puts it, ‘In contemporary times, Dalit narratives are being rewritten and recreated to awaken the oppressed Dalit communities.’ (p158)

Dalits were denied access to education until a few centuries ago in Indian society. During the British raj, a number of social reform movements led by Dalitbahujan radicals propagated the idea of equality in a highly stratified society. As the colonial government gradually introduced education for the masses, some Dalitbahujans were able to enter schools. But unlike the experience of upper-caste students, who often glorified teachers and placed them higher than gods, Dalits, on the other hand, had an experience of mistreatment, discrimination and humiliation at schools. There is a significant amount of work on the colonial period which shows such inhuman treatment of Dalit students.

Most Dalit autobiographies, written in the post-colonial period, also reflect on this continuing grim reality. For example, Arvind Malagatti’s Government Brahmana (2007) recalls with pain how he was abused as “bastard” and was forced to undergo severe punishment. But most shockingly, the teacher inflicted pain on him without touching his body. “But we untouchable lot never had the good fortune of receiving slaps from his hands,” says the young Malagatti (p14). The experience of Namdeo Nimgade (In the Tiger’s Shadow: The Autobiography of An Ambedkarite, 2010) is not less painful. “The headmaster admitted me under the strict condition that I, being an untouchable, must never enter the classroom but sit with a handful of other untouchables on the hot veranda and listen to lessons through a window”, rues Nimgade (p27).

These examples show the bitter experience of Dalit students with their upper-caste teachers. As a result, Dalits nourish a negative image of most of their upper-caste and Brahminical teachers. The denunciation of Radhakrishnan as an educator is informed by these very sociological and historical experiences of Dalits while the adoption of a backward-caste woman, Savitribai Phule, as an icon, may be viewed as a sign of the intensification of Dalitisation of public culture. 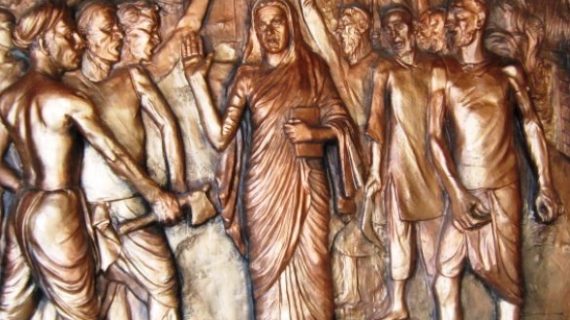 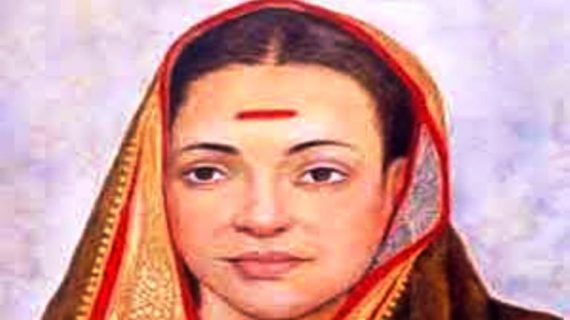 Alas, this rare Phule-Ambedkarite feminist who introduced caste to the “savarnized” Indian feminist discourse is no more. The tribute I have compiled is my personal tribute to this prematurely snuffed-out krantijyoti