Ram Manohar Lohia’s vision of freeing society from the Hindu caste system was based on his real-life experiences, especially those from his political struggle. His pragmatism made him stand out among thinkers on caste of his time.

His pragmatism was based on sound analysis, according to which the caste system was responsible for the division of society into not just two but multiple layers. He concluded that the caste system had not only degraded a certain section of society but the social gamut, and not only the “lower castes” but the women in general were persecuted in the name of the hierarchical caste-based system. Lohia had thus done a comprehensive study on the impact of the caste system.

This approach puts Lohia alongside modern feminists who highlight the plight of women in relation to work, opportunities and economic independence. While Gandhi took women to be a single unit, the other gender, Lohia saw them as part of a caste-ridden society. Lohia’s thinking is crystal clear in that no society can progress unless half of its population is given the freedom and opportunity to engage in the process of development. His concerns relating to the status of the women in Indian society, particularly those from the lower castes, have yet to be addressed.

His ideas are relevant today, be it in employment, the political system or the corporate world. The women from the lower castes are economically disempowered, constantly fighting the caste system and a male-dominated family system. The debate today has remained centred on the issue of the plight of the lower castes, and gender-based studies of the lower castes have not been taken up at any level. Lohia should be credited with highlighting this issue, although it soon got lost in the contemporary debates on Dalits.

Lohia also viewed women as an integral part of any revolution. He believed that socialism could not be strengthened if half the population – the women – did not take part in the process of social resetting. Plato talked about using women in the services of the state, but Lohia went a step further. He laid emphasis on the emancipation of women by equalizing them with the men in all respects. Lohia is therefore modern in his outlook of a more liberal, equalized society.

Unlike many other social reformists, Lohia not only cited problems but suggested solutions to the problems. He wanted to bring women into the mainstream of society, particularly Dalit women who had little opportunity to participate at the institutional or the functional level. So, he advocated inter-caste marriages. He held that this would not only dismantle the caste system but also allow these women to express themselves and enter the untrodden spheres of life.

Even today, there is a lot of opposition to inter-caste marriages. The situation hasn’t changed much since Lohia passed away. The inequality and lack of freedom that, according to him, restrict the progress of women persist. He said that as long as the patriarchal social system remained intact and women were discriminated against, their emancipation would not take place.

With liberty and equality still a distant dream for most women, there is a need to rediscover Lohia’s legacy. There is a need to reinterpret his ideas and solutions for today’s society – where certain changes have taken place but none to enhance the status of women, especially Dalit women.

Lohia had conceptualized a society with seven revolutions and drafted a four-pillar theory. He had also given ideas for a new kind of socialism. All these have relevance today but none more than his ideas for the emancipation of women. Lohia was a farsighted feminist. Decades ago, he had solutions to the problems we are facing today. His solutions are not just to be discussed but to be effectively implemented in governance. There is no gainsaying the fact that caste will lose its rigid cuffs when “low-caste” women marry “upper-caste men”. Liberty, equality and economic empowerment were what Lohia had dreamt for the women of India. 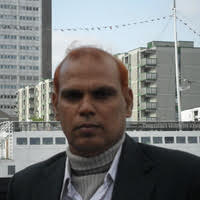