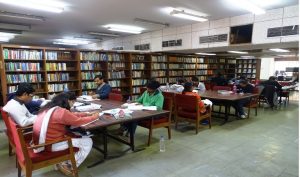 Along with the several traditional possibilities of research in Hindi literature, the changing times have meant that there is the option of delving into new areas. Over the last couple of decades, some new interdisciplinary areas of research have emerged. These explore the linkages between literature and political and social issues. This has expanded the understanding of literature and broken new ground as far as literary writings are concerned. Acharya Ramchandra Shukla had defined “history of literature” as writings that show the relation between “popular mood” and “literary tradition”. Instead of treating the linguistic texture of literature as watertight, Hindi criticism increasingly began turning towards social issues. We have left “pragitivad” (progressivism), “prayogwad” (experimentalism) and “nayi kavita” (new poetry) far behind. This journey saw several changes and the interest of Hindi criticism in societal issues grew and became more complex. The observations and conclusions of such research projects impacted the concerns and technique of Hindi criticism. Research in Hindi literature gradually became associated with and was influenced by global debates on existentialism, new review, women’s discourse, etc. At the same time, the purely indigenous (Indian) Dalit discourse began enriching both literature and research.

Given these facts, it is surprising that the issues relating to backward castes have not found place in research on Hindi literature. Dalits form 15 per cent of India’s population and women 46 per cent. The backward castes are 65 per cent of the population. But we are woefully short of research studies on such a large section of our people. The books on social sciences are confined to class-based studies and surveys. Against this backdrop, the emergence of a theoretical perspective relating to backward castes in research on Hindi literature seems to be a difficult proposition.

Since our research is increasingly becoming associated with disciplines other than literature, we have to look towards scholars of sociology for new perspectives. It is true that literary scholars don’t concern themselves with fieldwork, sampling, questionnaire, data, feedback etc. There is no doubt that the theoretical formulations arrived at by using these techniques are more credible.

Here, it is important to note that while the researchers in Hindi literature might not be using these techniques, Hindi litterateurs have used them liberally in building their creativity. Writers do fieldwork. They have an inimitable capacity for sampling. They can observe and understand social processes and see through them. Authors conduct a comprehensive study of the topic on which they write. They get immersed in their subject – so much so that they can see what is invisible to others. Take the example of Premchand. He has written a lot on the problems of peasants. His writings are not merely wordplay. Can anyone claim that the minute description of the problems of farmers in social science treatises is, in any way, superior to the understanding of Premchand? Not at all. In fact, it would not be an exaggeration to say that the various shades of the miseries of the farmers revealed in the writings of Premchand tell us much more than books on social sciences ever will.

What I mean to say is that we can tap into literary writings too in our quest for identifying issues for research. If we look carefully, we will realize that even though creative writers do not present their principles, methods and processes in academic jargon, they do have them and put them to use.

Issues relating to backward castes are present in Hindi literature but are missing from Hindi criticism. Had the theoreticians of social sciences come out with a theory on this aspect, we probably would have witnessed a flood of such research in Hindi. There might have been differences of opinion on the issue of caste but scholars of sociology, history, politics and economics have conducted in-depth studies on various caste groups. The Dalit discourse was also based on a particular caste group. At the beginning of the 20th century, the British regime gave a new identity to the Dalit community. Since then, courtesy of a string of developments and endeavours, Dalit discourse took its present shape. Mandal Commission, Janata Dal, V.P. Singh and the resurrection of parties with socialist ideology helped the backward castes make their presence felt in the field of politics. Within a decade of Mandal, the caste-group called OBC became a power to reckon with in politics. However, almost three decades later, this caste-group has not been able to gain entry into the fields of criticism and research.

Premchand’s was a systematic approach to the problems of the farmers. His writings on the problems of peasantry have a structural thoughtfulness. His understanding of the farmers can also be interpreted in caste terms. He divides the rural populace into two categories – farmers and non-farmers. Most of his farmer characters are from the backward castes. The characters of forward and Dalit castes are not farmers in Premchand’s literature. Characters of Godan like Jhinguri Singh and Pandit Datadeen are villagers but not farmers. Similarly, Dalit characters are agricultural labourers, not farmers. The greatest Hindi novelist was clear that the residents of India who could genuinely be called farmers and who were consistently fighting agrarian problems came from the backward castes. Hindi criticism never focused on this aspect of Premchand’s literature. Social sciences have also not developed tools for such caste-based analyses. A study of Premchand’s literature from this angle can open new doors in the field of research on Hindi literature. Despite Premchand having provided enough material in this regard, Hindi researchers have restricted their analyses of the problems of farmers to the economics. 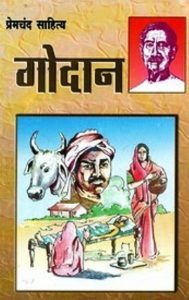 Many characters of Premchand’s stories and novels are not farmers. They focus on different kinds of problems. The story Bade Ghar ke Beti is also set in a village but is not about the problems of farmers. It is about the efforts made by the cultured and emotional daughter-in-law Anandi and brother-in-law Lalbihari to maintain the unity of the family. This story is about a forward-caste family. The Dalit characters of Kafan, Ghisu and Madhav are villagers but they are agricultural labourers. There needs to be a systematic study of the portrayal of members of backward castes as farmers by Premchand. Once that is done, we may arrive at a different conclusion.

Premchand’s portrayal of farmers has to do with Indian culture, which is basically agrarian. Such a culture is the creation of farmers. As all farmer characters of Premchand are from backward castes, we could say that the backwards castes played the most important role in the building of Indian culture.

Here we should refrain from taking an extreme stand and ignoring other factors that helped build India culture. Business, feudalism and religion played their own roles. But agriculture was the primary means of production. The means of production have a profound impact on culture. For the farmers of Premchand, agriculture is not merely a means of generating profit – they link it with “marjaad”. Premchand takes ample care of the cultural dimensions of the life of the farmers who toil with their families in their fields. The anxiety of keeping the family united eats into the vitals of the farmers but wherever Premchand sees a ray of hope, he presents it in the form of “marjaad”. As he lay dying, “Hori turned his unstable eyes and said, ‘You have come Gobar? I have bought a cow for Mangal. There it is. See’.” (Godan, Premchand, Prakashan Sansthan, New Delhi, 1989). This dialogue from the last page of Godan also marks the last stage of Hori’s struggle to protect his “marjaad” and prevent his financial ruin. As he nears his death and his vision fades, he does not look at the purse but at his son and grandson, with the satisfaction that the cow has become part of his home. In his sub-conscious, he is still worried about his family’s unity and “marjaad”. “Marjaad” is a cultural issue and indebtedness an economic one. Hindi criticism has been interested in “cultural review”. Many studies have been centred on it. “Marjaad” is often played down as an emotional aspect of farmer culture that doesn’t lead one to the right social, economic and political conclusions. If the writer is portraying a caste group as committed to its “marjaad”, we should take note and realize that if we do not analyze it, our social analysis won’t be comprehensive and complete.

The cultural ground of Premchand’s farmer can be mined for research. The backward castes as a caste group can be the subject matter of research and study. This can help assess the presence of India’s 65 per cent population in literature. Can the concept of the proletariat, as evidenced in literature with Marxist undertones and criticism from the Marxist angle, be divorced from the backward castes in the Indian context? Critics have been analyzing Premchand’s literature from the economic angle but giving voice to the cultural understanding of the farmers is his real strength. After Premchand, we got lots of statistics on farmers but no one could produce farmer-centric literature like the great writer did. Economic issues cannot be incorporated into literature without understanding their cultural context. In the eyes of literature, economic issues are important only if they have cultural connotations. 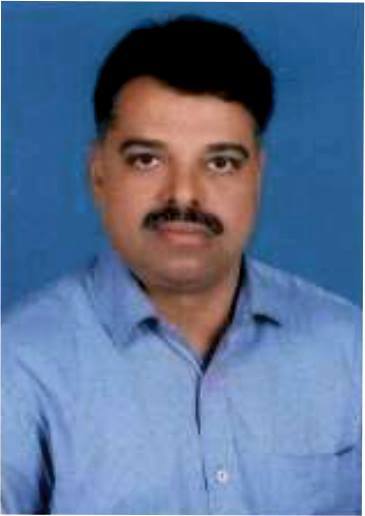