I was introduced to FORWARD Press by Ashish Alexander, who, in the magazine’s early days, was both the editor and in charge of the translation. It was through him that I came to know that my old acquaintance Pramod Ranjan was the consulting editor there. I was also sympathetic towards and attached to the concerns of the magazine. The bilingual format (Hindi and English) of the magazine was an added attraction. Subsequently, I started receiving the magazine regularly. Before FORWARD Press was launched, there was no Hindi magazine centred on Dalitbahujan discourse in this format, although there was a dire need for such a publication. The media’s indifference to Dalit issues was very apparent. In the meantime, the acute dearth of journalists of Bahujan background in the print and electronic media was fast becoming an issue and a demand for an alternative journalistic platform to voice these issues was gaining ground. FP became a historic initiative and a milestone in this respect. The amateurish, regional and small magazines that were focused on these issues needed to be replaced with a first-rate, professional publication. FP fulfilled this need. Its title reflected its self-confidence and aspirations. FORWARD Press was to take backward and Dalit communities forward! 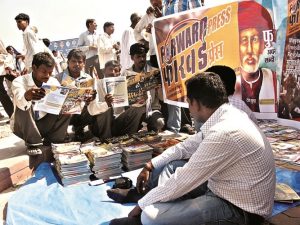 FP was a magazine of Bahujans – not of Dalits alone. It is true that over the last few years, the word “Dalit” has increasingly come to replace the word “Bahujan”. FP took a slightly different stand and this became its hallmark. It sought to bring together Dalit, OBC, women’s and Tribal discourses – which did not seem to be happening in the field of politics. And it had a sharp intellectual edge. But the practical internal contradictions of this approach were not discussed, although the political internal contradictions – as opposed to the social ones – between the Bahujans and the Dalits did find mention. Notwithstanding that, in sum total, FP advocated the cause of the Dalitbahujans with a fair measure of success. A Bahujan-oriented interpretation of the cause of Bahujans and Dalits was its objective. FP not only helped build a new community of Dalitbahujan writers and other contributors, especially journalists, but also tried to train them. For instance, FP brought to fore a painter like Lal Ratnakar who gave a shape and form to Dalitbahujan ideology and vision. His contributions to FP were invaluable. This was one of the key achievements of FP.

There is no denying that FP took the thoughts of Phule and Ambedkar forward. It launched debates from the caste angle. It remains to be seen whether or what it built or destroyed by baring the caste of many well-known personalities. It was FP which revealed the Dalit backgrounds of many famous singers and film personalities, including Tuntun, Shailendra, Sonu Nigam and Sukhvinder Singh. This was a good piece of research. It revealed that Dalitbahujans have contributed immensely not only to areas that require backbreaking work but also to the arts, especially popular and folk arts. FP sought to rewrite the mythological history of the Asurs and the Devs, triggering fierce debates. It was through FP that several hitherto unknown facts related to the history and identity of Dalits came to be known. It unveiled what was until recently unsaid and unknown. This was done by a group of, mostly young, writer and journalists.

FP was a good mixture of current affairs and ideological discussions. And its language was journalistic and easy to understand. That made it accessible to the common readers. It avoided longish, boring academic writings. The column for Dalitbahujan entrepreneurs was another welcome initiative. It was not only the need of the hour but proved to be a successful experiment – just as its bilingual format. This format definitely shrank the space available but played a healthy role in linguistic psychology. While on the one hand it kept English firmly rooted in the harsh realities, on the other hand it tried to free Hindi from its local and feudal character.

As Pramod Ranjan told me, FP’s proprietor and Editor-in-Chief Ivan Kostka had lived in Canada for many years and FP benefitted from his global experience. FP was an excellently produced journal – it did not compromise on the quality of the content. Maintaining this standard consistently was a difficult proposition, especially given the Dalitbahujan sociology. But FP did succeed in this. What kind of toil this must have required, only the proprietor or the consulting editor can tell. We have only enjoyed reading it. Ultimately, FP won recognition mainly as a Hindi magazine. One of the reasons for this may have been that it was brought out from Delhi.

There were some jarring notes too. For instance, FP could not address the issue of how Bahujan discourse should relate to the sections outside the Bahujan pale that are sympathetic towards the Bahujan cause. The same is true of the relationship of Bahujan discourse with Marxism. FP also failed to adequately analyze the state of tribal communities and the DNTs. Its discourse was limited to north India and here too, it had comparatively little to say about Haryana, Punjab, Himachal Pradesh, J&K and Rajasthan. Probably, there is a shortage of writers and commentators from these areas.

It was the need of the hour that led to the birth of FP. Is its closure (or suspension) also the demand of the times? It is clear that by shifting to the web edition, the possibilities of the revival of the print edition have been kept alive. In the changing times, the clout of web platforms is growing and they are capable of creating a stir in their own way. In a sense, this metamorphosis can be called the second phase of Dalitbahujan journalism. Maybe it will turn out to be the forerunner of a new kind of Dalit consciousness. Be that as it may, what can be said without doubt is that the print edition of FP is excellent study material for those interested in Dalit-Bahujans. The commentators and researchers on the history of Indian journalism will definitely take note of the rise and contribution of FP. 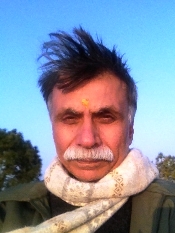 Styapal Sehgel is a professor of Hindi in Panjab University, Chandigarh, and a keen student of social science. He has translated the great Dalit poet lal Singh Dil's poems and published them as an anthology. He has also published about 10 other books of poetry and criticism.