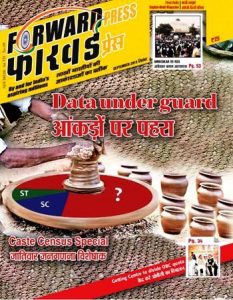 After the new economic policies were implemented in 1991, market began dominating the media and journalism. It was painful to see the gale of market forces extinguishing journalistic values. The huge inflow of capital into the media sector destroyed whatever was left. Maintaining one’s commitment to the people became more and more difficult. But even in these trying times, there were some journalists and journals that steadfastly continued to raise their voice. FORWARD Press was one such magazine, which lent strength to voices of the weak and reported on the developments calling a spade a spade. It also regularly published analytical articles and perceptive editorials. Obviously, the editor and journalists of the magazine had to pay the price for this. The government, which does not tire of parroting its commitment to development and freedom of expression, ordered a police raid on its office and confiscated copies of the magazine. FP played a historic role in preparing the ground in JNU and other parts of the country for Phule-Ambedkarite ideology of the original inhabitants to take root.

Now that the publication of the magazine’s print edition is being discontinued, what do we stand to lose? Issues of the last six months of the magazine are before me. FP emphasized the need to make the figures of caste census public so that the country could know the numbers of the different castes and also how many of them were occupying positions of power and influence (September 2015). It talked about Mahishasur in Mahoba and a Bahujan reading of festivals (October 2015) and, in the context of the furore over the beef festival, told us that according to the Vedas, the cow was sacrificed during the Ashwamedh yagna and a portion of the meat was offered to the Brahmins (November 2015). The September 2015 issue told us how the exasperated Dalits of Bhagana had embraced Islam and also carried an article on Ambedkar’s fraternity versus RSS’ unity. Hurdles in the way of women’s reservation (March 2016) and no to Holika Dahan (April 2016) were among the burning issues on which writers expressed their honest views in the columns of FP.

FP’s stand was clear from the very outset. It brought OBCs, SCs, STs and minorities on one platform and launched a common discourse on them. Whenever the indigenous inhabitants or the Phule-Ambedkarite ideology came under attack, it launched an intellectual front against fascist and dominant forces. Every issue of this magazine is a document worth preserving. No wonder, its caravan grew bigger. Contrary to the run-of-the-mill leftist magazines, it laid greater stress on practice and application rather than on theory. It adopted a practical approach to issues like caste census, sanatan religious and cultural fascism, feminism and women’s education, Ambedkar’s socio-economic thoughts, assaults on Bahujans, including Soni Sori, and cow slaughter. It was different from the mainstream press. It was a meaningful effort.

I hope its web edition will retain the courage, the spirit and the tone and tenor the magazine has represented to date. 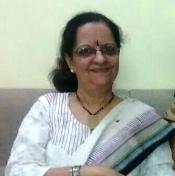 Sudha Arora, who is well known for her short stories, has also been actively involved in women's movements. She has authored 12 collections of short stories, a novel and two books of essays, 'Aam Aurat: Zinda Sawal' and 'Ek Aurat ki Notebook'. Her short stories have been translated into several Indian languages as well as English, French, Japanese, Dutch, German, Italian and Tajiki.