The first proper printed newspaper of India was Hickey’s Bengal Gazette, brought out by James Augustus Hickey in 1780. Indian journalism is believed to have begun with Udant Martand but even before that, Christian missionaries spread awareness among the people with great commitment through Digdarshan Patra. Magazines play a pivotal role in making the people aware and conscious. When Jotiba Phule saw Dalitbahujans reeling under the oppressive Varna system, he decided to make the pen his weapon. This made it very clear that the written word is much more effective than oral literature in bringing about social change. In fact, it is indispensable. Phule’s articles in Deenbandhu, Sudharak, Deenmitra and Shtekyacha Kaiwari laid the foundations of Dalit writings. This tradition gave a new direction to society. I see FP as a social reformist magazine for the Bahujans in the same series. 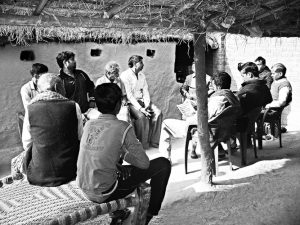 There were many reasons why I read FP. The first was my rebellious nature. I used to question and argue against Hindi religious rituals. Then when I started living away from home (since 2012) for my PhD, I also told my family members that this magazine would help them learn English. But when they went through it, they felt that the “social” magazine – as I described it – would shake up their social standing. But still, whenever I went home, I used to take all the issues of FP with me. We also had arguments on rituals. Initially, my family members thought that these kinds of beliefs were my own ideas. The reason was the absence of social Bahujan journals. I wanted to free my family from the morass of today’s brahmanical rituals and this could only be done through Bahujan literature. In that respect, FP has played an important role for me and my family. For other readers, FP might only be a magazine but for me it was a messenger of social revolution. FP gave a new vision to many a social movement and made people aware. Other magazines may have conceived building a united front of SCs, STs, OBCs and minorities but it was FP that persuaded many to start working towards it.

FP brought intellectual supporters of Bahujan ideology on a common platform. We benefited from the wisdom of interdisciplinary scholars. I have great respect for the magazine, and this will remain. This magazine gave space to the thoughts of Charvak, Raidas, Kabir and other luminaries of the Bhakti movement besides modern heroes like Mahatma Phule, Savitri Phule, Shahu ji Maharaj and Dr Ambedkar. It tried to make OBCs intellectually aware by linking contemporary developments with the thoughts of these great personalities through impeccable analysis. It contributed immensely to developing my thinking. It helped me associate and identify with the Ambedkarite movement. I will be ever grateful to the print edition of FP. I have great hope from Pramod Ranjan and his team. The editorial team reflected the concerns of the magazine. I have seen in Pramod Ranjan a great yearning for launching new intellectual debates. Every meeting with him inspired me to work for Bahujan society from a new standpoint. I hope he will continue to be part of this social movement in the future.

Ivan Kostka laid the foundation of the magazine, which, to borrow Kancha Ilaiah’s words, had a “Dalitizing” influence. Professor Karunyakara, director of the Dalit and Tribal Studies Centre of the Wardha University, advised all new students and scholars to read FP. According to him, history showed that studying literature and spreading awareness was important for “Dalitization”. He said that that the social and bilingual nature of the magazine made it even more readable. What, perhaps, he meant was that reading only in Hindi might constrict your intellectual horizon. Hindi is indeed the language of mass communication and of conversation in north India but the kind of study one needs to do for original writing is not possible without the knowledge of English. Besides Prof Karunyakara, Dr Sunil Suman and Dr Surjit Singh have always inspired us students to be associated with the Bahujan movement. They have also used Bahujan magazines for social and intellectual training of scholars. Dr Sunil Suman encouraged scholars to subscribe to FP. Subscribing to FP also made us proud that we were, in a way, witness to an intellectual movement. The annual subscription of FP for students was just Rs100 – eminently affordable for students. Students of MPhil took subscription for two years and PhD scholars for five years. Many students persuaded their friends in their home towns to subscribe to the magazine.  The print edition had initiated a social revolution. But the news that its publication is being suspended has weakened the Bahujan movement. Internet is not available everywhere. Reading web version of magazines is not always possible even for middle-class families. The print edition used to easily reach villages and small towns. The magazine would have taken us to new heights. For me, this is a familial intellectual setback, which cannot be compensated for. It seems as if a member of the family is leaving to lead his own life. Or he has chosen another means of livelihood and that too without consulting family members! 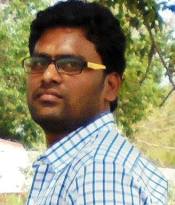