I can’t recall the exact date but I remember distinctly that on that day I was waiting for the Rajdhani Express on platform number 11 or 15 of New Delhi Railway Station. I was travelling to Patna. There were 45 minutes left for the train to arrive on the platform. I was flipping through some books at a bookstall to kill time when my phone rang. It was my wife Jyoti at the other end. She asked me to buy the latest issues of Manorama, Sarita, Grihshobha, Vanita and any other good magazine I could find to read on the train. I am in the habit of reading India Today and Outlook Traveller. I bought magazines for both of us. The stall owner thrust a new magazine in my hands, dishing out the usual excuse that he didn’t have change. It had a rather strange name – Forward Press.

By dinner time, I had finished reading almost all the magazines. I picked up FP last. I had just begun skimming through the contents when the gentleman occupying the berth beside mine requested me to switch off the light. But an article in the magazine titled Ram gaye, Krishna aaye had aroused my curiosity. I went to the end of the coach and read the article by the light near the toilet. Pramod Ranjan had written it. I was quite impressed. The same issue carried an advertisement for openings at the magazine for correspondents. I decided to apply. We (my family and I) had given up religious rituals long ago. I was a bitter opponent of the unscientific, bizarre and traditional brahmanical system. I found that the magazine was different from others. All the articles seemed to be research-based and appealed to logic. When I woke up the next morning, the train was at the Patna station and the magazine was missing. When I enquired, I discovered that the gentleman who had asked me to turn off the light had got down at one of the earlier stations and had taken the magazine with him. I managed to get some copies of the issue and mailed my bio-data to the address given in the advertisement. After a few days, I received an e-mail and then a phone call from Pramod Ranjan. We had a conversation and I was selected as a correspondent. 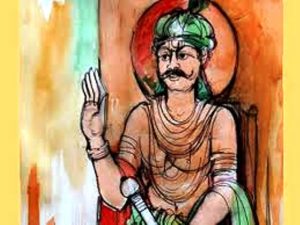 This magazine has rejuvenated Bahujan traditions. I found the series on Bahujan heroes mesmerizing. In the Kosi area, around the place where I live, almost all Bahujan castes have their own heroes. Their stories need to be published.

Though the articles in FP are research-based, the language is not bland. It is straightforward and hits your mind.

Shortly after becoming correspondent, at the time of Durga Puja, something strange happened to me. I received a call from the local office of Information and Public Relations Department. The DPRO asked me to come over to his office. When I met him, he told me that some people had come to his office and complained about the magazine and me. They said that the magazine was fomenting social disharmony and would be opposed tooth and nail. Though they had given nothing in writing, he advised me to be alert. The next morning, some people from the Brahmin Tola came to the clinic of my father (Dr M.N. Mallik). They had a boxful of complaints. I knew all of them. One of them was my teacher who after retiring from his job at a bank had started practising in the SupaulSupaul ccourt. Another was my senior at school who was an income tax assistant commissioner in Delhi. He was very angry. “Couldn’t you find any other magazine to associate yourself with?…Will you worship Mahishasur now?…Have you taken the contract for abusing Brahmins? We complained to the administration yesterday. We will also file a case against the editor and the printing press. And yes, on Vijayadashmi, we will burn the copies of your magazine.”

All of them were very aggressive. I heard them out patiently. After they had finished talking, I said, “You are free to initiate legal proceedings. All the addresses you will need are in the issue you are holding in your hands. If you want to burn the magazine, I have four copies. You make the payment and they are yours. If you want more copies, I can get them couriered. But it will take four to five days and the payment will have to be made in advance. And, yes, do let me know when you are planning to burn the magazine. We will cover it in detail in the next issue.” I also briefed Pramod Ranjan and Bihar bureau chief Birendra Yadav about the developments. Ultimately, nothing happened but one had to see their fury to believe it. 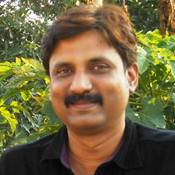