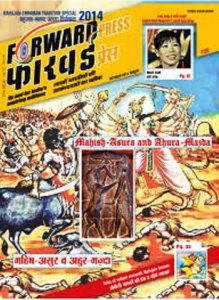 A couple of years ago, an acquaintance asked me whether I had heard of FORWARD Press. When I replied in the negative, he told me that it was a magazine of the OBCs and was brought out in both Hindi and English. Then, one day, a friend gave me a copy of FP. In terms of the design, it looked like India Today. That was though the first time I had seen a magazine with English and Hindi versions of articles side by side. I read the issue from cover to cover. And I was bowled over. I became a subscriber and persuaded many of my friends and acquaintances to subscribe to it.

One of my friends Sudhir Agarwal is in the printing business. I used to give him a copy of the FP. He told me that he did not have the time to read it thoroughly but that he would flip through it whenever he was free. He told me that his staff would also read it. I kept on supplying copies of the magazine to him. My office also subscribed to FP, so I used to pass on my personal copy to him. One day he told me angrily that I should stop giving the issues of FP to him. When I sought to know the reason, he asked, “What sort of magazine is this that writes rubbish about our gods and goddesses?” I tried to argue with him but he was impervious to reason. His religious sentiments had been hurt. Since then, my relationship with him has never been normal. I also realized that when centuries-old status quo is disturbed, some will definitely be pained. But then, this pain is necessary too.

What set FP apart from other magazines was its objectivity and courage to call a spade a spade. FP broke new ground for my beliefs. In every issue, there was at least one column or article that gave new energy to my thoughts. The Mahishasur discourse was an eye-opener for me. I spent my childhood and my teens in Calcutta (now Kolkata) and Mahishasur was a villain for me. But through FP, I came to know that we regard our own ancestors – our own valiant warriors – as our enemies and worship our enemies. This was FP’s positive intervention in my intellectual life. Premkumar Mani’s articles and Dadu’s advice were a must-read for me. They were my favourite writers. FP not only awakened our society but also prepared the ground for new beliefs and thoughts.