In popular perception, Mahishasur is a demon who was killed by the goddess Durga to free the gods and mankind from his atrocities. “Mahishasur vadh” (the killing of Mahishasur) is an important component of the Dussehra celebrations. Mahishasur’s defeat is seen as the victory of good over evil and demonic tendencies. But now this narrative is being questioned and Mahishasur is being  presented as a representative of the Dalits, the exploited and the oppressed – as a people’s hero. But this is not new. The book Mahishasur Ek Jannayak, edited by journalist and researcher Pramod Ranjan, is a compilation of articles by scholars, journalists, Dalit thinkers and sociologists. It lends credence to the view that Mahishasur was an opponent of Aryan culture and had fought against Aryan oppression. But as their culture was dominant, Aryans painted Mahishasur as a demon, turning him into an object of hatred.

The articles compiled in the book endorse the view that the elite class deliberately distorted the image of the heroes of Dalits and lower castes. The projection of Mahishasur as a demon was part of the Aryans’ strategy of oppression. History, however, tells a different tale. The Brahmins wrote all the religious scriptures, including the Vedas and the Puranas, and they are basically anti-Dalit. They were meant to culturally enslave the Dalits and blunt their consciousness. This is continuing even today.

Shudras, Dalits and Tribals had their own heroes. After the Aryans conquered and enslaved the Dalits, they projected the Dalit heroes as villains so that the people would begin hating them. This was the objective behind the creation of the mythological story of goddess Durga’s victory over Mahishasur. An analysis of the etymology of the words “sur” and “asur” shows that Asur was, in fact, a primitive tribe whose members still survive in many parts of the country.

The book challenges centuries-old beliefs and traditions by treating them as cultural concepts that were devised to strengthen the exploitative structure and to perpetuate the slavery of Dalit and backward castes. The editor has fulfilled a crying need of contemporary history. The book is an eye-opener.

The cycle of exploitation based on the caste system in India cannot be understood through Marxism – the ideology that talks of emancipation of the proletariat. Marxism is becoming increasingly irrelevant. Against this backdrop, a new ideology and new sources of inspiration are needed for freeing the Dalit, oppressed and repressed castes from the cycle of exploitation. This book offers a glimpse of the effort being made in that direction.

The book is divided into two sections: “Re-rendition” and “Cultural war”. The first section dwells on the real meanings of the established traditions, religious symbols and the forms of gods and goddesses. This section includes 11 articles, written by thinkers, leaders and social scientists like Premkumar Mani, Madhusree Mukerjee, Rajan Kumar, Braj Ranjan Mani, Nutan Malvi, Ajay S. Sekher and Gail Omvedt. The second section is titled “Cultural war”. It also has 11 articles, which talk about the efforts to forge a new identity for the struggles of Dalits and the recognition they have been getting. This section features journalists and social activists like Sanjeev Chandan, Ashwini Kumar Pankaj, Misa Bharti, M. Dileep Kumar, Pramod Ranjan, Ravi Prakash, Kancha Ilaiah, Ram Puniyani, Premkumar Mani, Karmanand Arya and Suresh Pandit.

In the preface to the book, Pramod Ranjan talks about great Bahujan thinker Bhikku Bodhanand, who was a source of inspiration for scholars like Ambedkar and Rahul Sankrityayan. Pramod Ranjan writes, “It was in his company that Dr Bhimrao Ambedkar and Rahul Sankrityayan, among others, were drawn towards Buddhism. Dr Ambedkar used to spend hours with him … He had written a book Mool Bharatvasi and Arya (Indigenous Inhabitants of India and Aryans).” The indigenous inhabitants in question are the Asurs. Almost all historians accept that the Aryans were not the original inhabitants of India and had come from outside. But the constructs of Bodhanand’s book sparked a new movement. There was opposition to the movement and it was so strong that after the book’s publication in 1930, the second edition could not be brought out for the next 75 years. It can be said that for the first time in the modern era Bhikku Bodhanand challenged systematically the concept of Surs being good and Asurs being evil. It will not be an exaggeration to say that his inspiration is giving a new shape and direction to today’s Bahujan movement. In the articles titled “A cultural battle” and “Expression of different life values”, Pramod Ranjan has prepared the ground for a new cultural struggle. In his piece “Who are the Bahujans really worshipping?”, Premkumar Mani propounds some fundamental concepts and blasts Brahmanical myths. In his second article “Why celebration of death?”, Mani questions the heroes of the elite culture and brings to the fore the historicity of Dalit heroes. An interview with Shibu Soren, former chief minister of Jharkhand and a symbol of tribal identity and struggle, titled “I am proud to be an Asur”, reveals the identity of the Asur tribe. In her brief essay, “Durga the Santal Slayer”, Madhusree Mukerjee writes that Durga killed the original inhabitants of India in the name of ridding the area of “Asurs”. While Durga, who had led the massacre of Asurs, is worshipped and reverentially addressed as Mahishasurmardini, the descendants of the Asurs are still living in forests and facing untold hardships. There is well-researched article on the Asurs of Madhya Pradesh and Chhattisgarh that throws new light on the local history and traditions. Braj Ranjan Mani’s “Dalitbahujan perspective on the Mahishasur discourse”

is also an important article. Dr Rajendra Prasad Singh brings many new facts to light in “Mahishasur: A linguistic view”. It analyzes the word “Asur” linguistically. In her “The real Durga”, Nutan Malvi presents a historical analysis of the mythological tale of Durga and its truth. The article refers to the views of Dr D.D. Kosambi. In his small piece titled “Mahishasur and Bali Pratipada”, social scientist Gail Omvedt explores this myth. Ajay S. Sekher’s “Mahishasur, Ravan and Mahabali” explains the debate on Asur or Rakshas culture. This is a very important piece. To sum up, all these articles help us look at history and culture from a fresh point of view and give a new direction to the Dalit movement in India.

The section “Cultural War” includes write-ups, interviews and commentaries that show that the dominant brahmanical culture and ideology is facing a formidable challenge and that the Dalit struggle is marching forward in a new direction. Though it is not easy to break free from the stranglehold of brahmanical ideology and culture, the battle has begun and it will take Dalitbahujans to a new historic milestone. In conclusion, it can be said that Pramod Ranjan has taken a unique initiative and presented an alternative and realistic concept of history and culture. This book will undoubtedly play a historic role in the development of Dalitbahujan consciousness and in furthering their struggle.

(The English edition of the book is published under the title “Mahishasur: A People’s Hero”. Both the books are also available as e-books.) 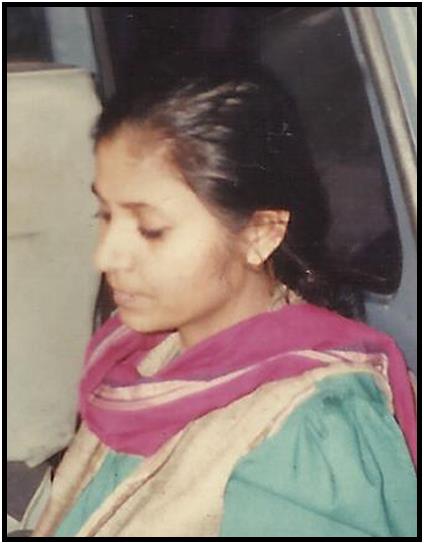