There are mainly two types of traditions or cultures prevalent in North India. The first is known as the ‘Sura’ (Dev) /brahmanical/Bratya/Arya tradition. The second is labelled ‘Asura’/ Anarya / Rakshas / Daitya tradition. 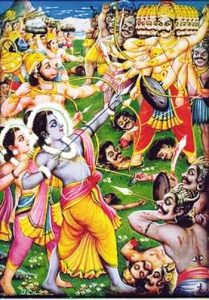 Actually there are several traditions, customs and cultures in North India but for convenience of analysis, the above-mentioned two have been identified. We shall use these words for our analysis: Sura or Devasura and Asura. The meaning of Sura and Asura has been changing from time to time, in the Vedic and post-Vedic periods, and particularly when the Puranas were written. Since the Puranic period the word Asur has taken on negative connotations.

Diwali celebrations in the Sura tradition have roots in various legends. First, it is generally believed that Diwali celebrates the homecoming of Lord Rama to Ayodhya from his exile after his victory over the Asura (“demon”) Ravan. This homecoming is commemorated with lights and merriment. This festival gets its name Deepawali (Diwali) from the rows (awali) of lamps (deep) that the people of Ayodhya lit to welcome their victorious king. Second, another well-known story related to Diwali is narrated in the epic Mahabharata. To celebrate the joyous occasion of the return of the Paandavas to Hastinapur from exile, the common people illuminated the city by lighting earthen lamps everywhere. Last, it is also believed that in “samudra-manthan” (churning of the ocean) during the Deva-Asura conflict, the goddess Laxmi arose from the ocean. Lord Vishnu married her that very night. A row of lamps was lit to mark that joyful occasion as Diwali.

The origin of Diwali in the Asura tradition refers to the stories narrated in the Puranas. It is believed that Baliraja or King Bali, a benevolent and powerful Asura king, then ruled the earth. In the battle between the Suras and Asuras, Baliraja defeated the Suras. The Suras then approached Lord Vishnu for help. Vishnu took the form of a dwarf Brahmin (Vaman avatar) and approached King Baliraja for charity. The large-hearted King Baliraja gave all his kingdom and wealth to Lord Vishnu in charity and was banished to the netherworld (paataala) for his goodness. It is believed that Diwali is the celebration of this defeat of the benevolent Asura king.

According to yet another legend, the Suras lost a battle with Asuras. Kali took birth from the forehead of Durga and killed the Asuras. This event is commemorated as Kali Puja, which is observed in several parts of India around the same time as Diwali. 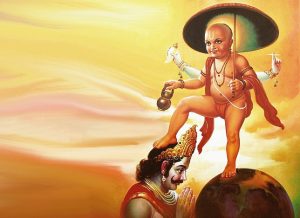 It is important to point out that according to all legends of Sura or brahmanical culture Diwali is celebrated as the defeat of the Asuras by the Suras. Hence, Asuras, who are today’s Bahujans, should not celebrate Diwali. However, the irony is that in today’s Indian society, people of Asura origin and even some non-Hindus celebrate this brahmanical Diwali!

Published in the November 2013 issue of the Forward Press magazine.

Prof Jagmohan Verma, former head, Department of Sociology, Lucknow University, has been a keen student of Bahujan traditions in North India and was closely associated with the work of Arjak Sangh founder Mahamana Ramswaroop Verma.