Last night, here in Canada, we attended a Christmas dinner for Muslim refugees from Syria, hosted by Arab followers of Jesus (Isa Masih). I saw men and women who had to leave family, home, country, profession – in short everything they knew and loved. On their faces I saw pain, confusion. These are the latest victims of radical hatred.

But what would be the look on their faces if the world were filled with radical love instead of hate?

This month, all over the world, the birth of Jesus Christ will be remembered and celebrated on Christmas day. He was the master guru on radical love. 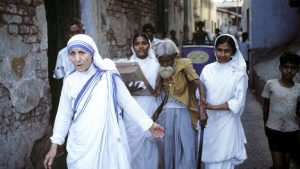 What impact has this commandment had on the world, on social justice? If an African slave fought for the abolition of slavery, this would have been no surprise. But it was William Wilberforce, an English MP, who dedicated his life to this cause till his death. President Lincoln led the Civil War against his own race to end slavery in the United States of America. It is for this that Mahatma Phule dedicated his book Gulamgiri (Slavery) “to the good people of the United States”. History tells us that in the 17th century, English Quakers and Evangelicals condemned slavery as un-Christian. The slaves were already being exposed to the Bible, so this was not about conversion but about compassion.

If a widow fought for the abolition of sati it would be no surprise. But it was an English missionary William Carey who lobbied the East India Company government, and did not rest until sati was abolished. I have sat in the library at Serampore, West Bengal, and read the yellow pages of journals meticulously handwritten by his teammates, taking in the joy and jubilation they felt when the law was finally passed!

All these were men and women who had something in common. They had been deeply impacted by that teaching of Jesus.

What does this radical love look like when applied to a society divided by caste? When we consider another human being inferior, we are in contempt of that person, and we treat that person negatively. So negatively, that we are unwilling to touch them, even though we can touch animals. This is the absolute opposite of love.

But what if an OBC decided to step out of his skin and step into the skin of a Dalit, so that he/she feels that they are that other person and has all the longings they have for their protection, health, success and happiness – so that the OBC now feels for that other person as though they were the other. And what if a Brahmin did that to a Dalit and vice versa? That is in effect what Christ taught!

Would not that be the end of caste? How can we be unfair and unjust to ourselves? But all human beings are by nature selfish. Something supernatural will have to happen in our hearts and minds before we can set aside our selfishness and our prejudices and love like this. Can we take up such a commandment and apply it to our lives? Where will we get the power?

Where did Wilberforce and Carey get the power? Notice the first part of the commandment is to first radically love God. The Constitution of India, like many constitutions in the world, is based on the commandments or laws God gives us in the Bible. But Jesus says that the whole divine Law depends on loving God and loving our neighbour as ourselves.

If you, then, though you are evil, know how to give good gifts to your children, how much more will your Father in heaven give good gifts to those who ask him! So in everything, do to others what you would have them do to you, for this sums up the Law and the Prophets.

Jesus has said that God will give us good things if we ask because he is a loving Father. And from a relationship with God, from our Father who loves us and gives us good things when we ask Him, we will get the power to love others. He says that loving others is the practical demonstration of loving God. Elsewhere in the Bible (1 John 4:20), we are told that we cannot claim we love God, whom we cannot see, when we do not love our fellow man, whom we can see.

Friends, ending caste cannot be accomplished by changing the laws of the land or by government order. It is about a revolution in our own hearts. It is about radically loving God who has created us all in his image, receiving his unconditional love and, in the strength of his spirit, passing it on to those around us, irrespective of their birth. This is at the heart of the meaning and message of Christmas.

This Christmas, if each of us were to take to heart and embrace this message and resolve to put it into practice in the new year, by next Christmas we should be closer to a casteless society.