FP Books has compiled and republished Prem kumar Mani’s articles that were published earlier under the “Jan Vikalp” column in the print edition of FORWARD Press. Titled Chintan Ke Jansarokar, the book brought out by the Marginalised Prakashan is a comprehensive, apt commentary on the present-day society and politics. The 128-page book will leave a lasting impact on the readers. Mani has dedicated the book to Suresh Pandit and Motiravan Kangali, who, through their writings, had contributed immensely to the preservation of the cultural heritage of the Tribals, the Dalits and the OBCs.

Mani’s intellectual maturity is reflective of his personal experience. Both courage and skill are required to express it in words. This comes out clearly in his article “Kiski Puja Kar Rahe Hain Bahujan”. This article calls for a comprehensive re-rendition of Hindu traditions. Indian religions allow their followers to test their assumptions and beliefs on the touchstone of logic. This has been done for a long time. Some of Mani’s questions are perfectly valid: Whose skulls is the goddess wearing in her neck as a garland? Why, during the churning the ocean, the Asurs were made to stand towards the mouth of the Sheshnag, thus exposing them to a greater risk? The majority community should give a thought to these mythological beliefs. 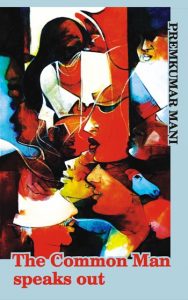 On the supposed connect between reservations and corruption, the writer makes a biting and revealing comment. He says that the corruption by the savarnas is not corruption because the ancient sages have proclaimed that “vaidiki hinsa, hinsa na bhavati” (violence in Vedic rituals is not violence).

If Mani views Anna Hazare’s anti-corruption campaign with suspicion, he has ample reason to do so. The campaign helped a political party win elections and grab power. As soon as that happened, the campaign disappeared into thin air. Anna’s recent anti-reservation statement also substantiates Mani’s views. The articles entitled “Jo Sabka Hota Hai, Wo Kisi Ka Nahin Hota”, “Is Chunav Mein Hum Kya Karein” and “Ek Bharat Shrestha Bharat” help us understand the intent and views of the writer. “Pradhanmantri Modi Ko Patra” is an attempt to understand Indian society. We don’t know whether Narendra Modi read it. I wish he read it and commented on the issues Mani has raised. That would be useful for the Bahujans.

The author’s frankness shines through in the article titled “Sahitya Aur Sanskriti”. He is not convinced that OBC literature can be a distinct genre. He argues that OBC and SC are terms of the law and do not have any place in literature. The controversy over “experienced reality” versus “perceived reality”, which has been plaguing Dalit literature for a long time, may arise with regard to OBC literature too and that would do literature no good. Of course, criticism has its own yardsticks and OBCs can be one of them.

The book quotes the dialogue of Dhenchu, a character in Shamoel Ahmed’s novel Mahamari: “If you join the system, you will be safe. Otherwise you will be killed.” This sums up the current situation very well. Today, all sections are sailing with the system. The book refers to authors like Rajendra Yadav, Jagdish Kashyap, Ravindra Nath, Renu, etc and recalls their contributions. Mani has tried to sincerely follow the advice of Shrilal Shukla that “an author is duty-bound to expose hypocrisy”.