It may sound like an exaggeration but it is true that many letters have changed the world. In fact, they have dislodged kings and rulers. Some letters have carved out a permanent niche for themselves in the history of the world. On 16 April 1963, Martin Luther King Jr had written a letter from prison to the clergymen. The letter said, “Injustice anywhere is a threat to justice everywhere.” This letter changed the course of the civil rights movement of the US. The rest, as they say, is history.

All over the world, those who gave a new direction to society had to take on capitalist and obscurantist forces. This was as true of Martin Luther King Jr as of Dr Ambedkar. They used letters as a tool in their struggle against racism and retrograde forces.

Babasaheb has left behind copious literature that can help us understand him. Bahujan scholars have extensively dwelt on the collected works of Ambedkar. In this article, we propose to study the personal letters of Ambedkar and, through them, try to understand his worldview and his relations with the people around him. These letters can and do bust many a myth.

The letters show that when, after launching the Bahiskrit Hitkarini Sabha, Ambedkar founded the Samaj Samta Sangh, he received the support of not only the Dalits but also the Brahmin community. It is interesting that while Lokmanya Tilak was an ardent opponent of Babasaheb, his son Shripant Balwant Tilak was as ardent an admirer of Ambedkar. In his last letter to Ambedkar, before he committed suicide by throwing himself before the Poona Mail near Bhambdi Railway Station on 25 May 1928, Shripant Tilak said, “You are making strenuous efforts to take the work of Samaj Samta Sangh forward. This gives me immense satisfaction. I am supremely confident that the Almighty will bless your endeavours.” (Dr Ambedkar Ke Patra, trans Dr Vamanrao Dhoke, ed Ajay Kumar, Gautam Book Centre, 2007, p9).

Dr Ambedkar’s correspondence brings to the fore the emotional side of his personality. They throw light on the personal relationships of the man who immensely contributed to making India a modern nation. In a longish letter written on 4 August 1913 from Columbia University, New York, to Shivnak Gaokar Jamadar, Ambedkar addresses him as “My dear Jamadar” and goes on to express his gratitude towards the latter. Jamadar, a close friend of Ambedkar, was a pensioner of the Bombay Infantry. The letter quotes from a work of Shakespeare: “There is tide in the affairs of men, which if taken at the flood leads on to fortune. Omitted the voyage of their life is, bound in shallows miseries.” The letter also mentions Jamadar’s daughter Gangu Jamadar, who became the first girl of the Mahar community to study up to the fourth grade.

Besides thanking Jamadar, Ambedkar also expresses happiness over the fact that he is getting his daughter educated, which, he says, is a great thing. The letter describes the atmosphere on the campus of the Columbia University. Ambedkar says he is facing problems in getting food of his choice and is hopeful that his regular studies will begin soon and once that happens, he will forget about the problems.

Ambedkar also corresponded with many contemporary politicians. A letter he wrote to Phiroz Shah Mehta, editor of The Chronicle, a prominent leader of the Indian National Congress and the mayor of Bombay, is of political significance. While condoling the death of Gokhale and M.P. Mehta, he says that a good library should be established to commemorate Mehta. “As a student of one of America’s biggest universities, I believe that library is a place which gives a fillip to the intellectual and social development of the people and enhances their acumen. It is said that the city of Bombay is woefully short of libraries. Hence, talking advantage of this opportunity, I pray to the people of Bombay to perform the sacred task of building a permanent memorial of this hero of modern India.” The fact that Ambedkar insisted on building a library in memory of one of his contemporary leaders shows how much importance Ambedkar gave to knowledge and believed that only knowledge can show the right path to society and propel it in the right direction. It opens the doors of opportunities. This belief of Ambedkar later reflected in the incorporation of the right to universal education in the Constitution of India. It also shows that Ambedkar was inclusive by nature. He lavishes tributes on non-Dalit leaders like Gokhale and Mehta.

Then, there are letters about Babasaheb. One of them was written to Mr Web, the founder of the Fabian Society and a leading socialist thinker known as a “human encyclopaedia”. The correspondent was Prof Elvin R. Seligman, a professor in Columbia University who had written the introduction to Dr Ambedkar’s thesis on “Evolution of Financial Finance in British India”. The letter went like this:

With your permission, I would like to introduce you to my research student Mr Bhimrao Ambedkar. Ambedkar is here for three years on Baroda State Scholarship and is spending his first year in England to complete his research thesis on the financial history of India. He is an excellent and sober student of liberal beliefs and generous outlook. I am confident that you will be happy to help him in his research work.

Another letter from a foreign land seeking support for Ambedkar:

Mr Ambedkar is taking admission in the London School of Economics as an undergraduate student. He wants to read in the India Office Library. I will be obliged if you extend all permissible facilities to him

Can we expect such goodwill for a Dalit student in India? The British were ruling over India and were exploiting her in every possible manner but their exploitation was not caste-based. We have not been able to end caste-based exploitation in independent India. It is another matter that the history of caste-based exploitation has yet to be recorded in India. One or two indifferent attempts were made but they can hardly be described as enough. Babasaheb must have been deeply influenced by Britain’s casteless society. His strong belief in equality and humanism must have had its roots in the thoughts of Western thinkers, besides, of course, in Buddhist philosophy and this is clearly visible in many portions of the Constitution. Ambedkar was an inclusive thinker. He had not only read but also deeply reflected on the writings of thinkers from all over the world. Many foreign scholars and thinkers appreciated his scholarship.

The letter quoted above was written in 1916. Way back then, foreign professors were trying to help Ambedkar. In our country, even today, brilliant students like Rohit Vemula are forced to commit suicide. They prefer death to exploitation and persecution.

Babasaheb’s struggle was the struggle of a poor Dalit student who had to face humiliation and indifference all the way. But that did not turn him bitter. The institutions that he established and the Constitution that he drafted are a testament to this fact. Lack of finances came in the way of his education on more than one occasion. This letter is an example:

Office of the Education Commissioner

I respectfully wish to draw your attention to my letter No 4675 dated 24 November 1919 and the subsequent reminder letter No 6121 dated 18 March, 1920. I request you give a serious consideration to the issue and refund the loan of the State soon.

Baroda State had given Rs 21,000 as loan to Babasaheb for his education abroad. The loan was to be repaid by joining the State service after completing education. Babasaheb did join the Baroda State service but had to quit soon due to the atmosphere of caste discrimination. He applied for a job in The Sydenham College of Commerce and Economics,
Bombay, to repay the loan. The principal of the college Percy Anstey assured the State that the college would repay the loan by making deductions from the salary of Dr Ambedkar.

“Dr Ambedkar is unwilling to serve in Baroda because the conditions regarding caste there make things difficult for him. At the same time, he recognizes the beneficence of His Highness (ruler of Baroda) and has assured me that he would return the money given as advance to him as soon as he gets a permanent appointment.”

Babasaheb had great respect for Shahuji Maharaj. On 31 March 1920 Ambedkar launched the fortnightly Mooknayak. Pandurang Nandram Bhatkar was given the responsibility of editing the journal. A special number of the journal was dedicated to the work that Shahuji Maharaj had done for the welfare of the Bahujans. He had proposed to release the issue on 26 June, the birthday of Shahuji. Writing to Shahuji Maharaj in this respect, Ambedkar said:

As per resolutions passed in the meetings at Mangaon and Nagpur, your birthday is to be celebrated on 26 June. On the same day, a special issue of Mooknayak, being published with your support, is proposed to be released. Besides your photograph, the issue will also carry an outline of the bright works done in your rule. That was why, I had requested information regarding you. But that information has yet to reach me, which I regret. Since only a few days are left, I have decided to come there myself. I am leaving for Kolhapur today evening and will arrive by Tuesday evening. I am looking forward to the honour of meeting you.

Shahuji Maharaj and Ambedkar had respect for and faith in each other. Maharaj used to seek Babasaheb’s counsel and help from time to time. His correspondence with Ambedkar shows that he took great interest in Bahujan society and politics. The letters also reveal how Tilak and other savarna leaders misused the funds of the State and what they thought about the Bahujan castes. This letter is an instance:

Please contact M/s Little and Company on two issues. The first issue is that Tilak has described Mahtars as criminals. Can a civil suit be filed against him? The second issue is whether his party is using properly the financial assistance being given for the people. We have seen the lengthy accounts in this respect. Can civil or criminal or both cases be filed against them on the basis of these accounts?

Babasaheb was a legendary figure of his times. He had wide connections in India and in other parts of the country. His letters help us understand his association with different people and reflect his struggles. The letters afford us a peep into his times. They tell us how hard he had to struggle on cultural, political and financial fronts. There are many such letters that are of historic importance for the concept of indigeneity. By grasping their import, the concept can be internationalized. This is just a humble attempt to throw light on some of the letters. I can only hope that Ambedkar’s correspondence will be brought within the ambit of academic research and discourse so that some of the closed doors to knowledge will be thrown open. 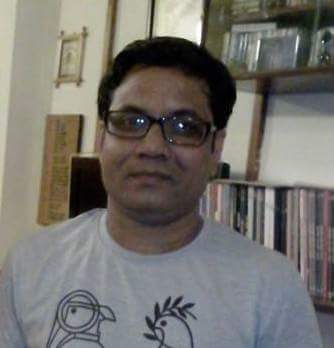 Janardan Gond writes and works on Adivasi-Dalit-Bahujan issues and is also a translator. His articles, stories and poems have been published in publications such as 'Adivasi Satta', 'Adivasi Sahitya', 'Dalit Asmita', 'Purvagrah', 'Hans', 'Parikatha' and 'Yuddharat Aam Aadmi'. He was the editor of the special Cinema number of 'Niruprah' and has edited a book on Adivasi literature, culture and languages. At present, he is an assistant professor in the Department of Hindi and Modern Indian Languages, University of Allahabad.