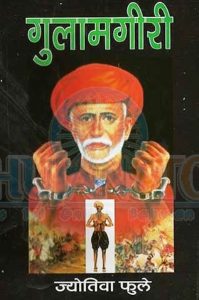 Social justice movement in India predated the national freedom struggle and continued after Independence. The movement had recognized the caste system as the source of all forms of inequality. Although anti-caste consciousness existed even during the medieval period, it became stronger during the British rule. Back home, the British already had a notion of individual rights, freedom and legal justice. Their grabbing the reins of power strengthened the critical voice against Brahmanism and its caste system. With the setting up of a modern education system and with low-skill jobs becoming available to the Dalits, access to knowledge and its liberating power opened up. Jyotirao Govindrao Phule and Savitribai Phule, belonging to the one of backward castes, used this knowledge to voice their anguish against caste atrocities. Phule’s Gulamgiri not only emboldened the voice from the margins but also gave direction to the future generations. E.V.R. Periyar, another OBC intellectual of Tamil Nadu, attacked the core of the Hindu religion – the gods/goddess, rituals and mythological texts. The caste of these towering figures of India’s social movement is important, for it had serious political implications on the post-Independent struggle.

Dr B.R. Ambedkar, a Dalit from Maharashtra, carried forward the work of Phule and excelled in it. In his 2014 book, Kanshiram: Leader of Dalits, Badri Narayan has written that Phule was one of the three mentors of Ambedkar, besides Buddha and Kabir. Although crusaders against the caste system belonged to different castes and legal categories, they all had a common understanding of the source, means and mission. They identified the laws of Manu as the source of their problems. It was from the Manusmriti that the four varnas and untouchablility originated, so did a society that not only divided the labour but also the labourers into graded inequality. Their rights, duty and dignity all depended on their position in the social hierarchy. The Untouchables had no rights, whereas OBCs lived near upper-caste settlements to provide services. Dalit were the worst affected. The protagonists decided that the annihilation of caste system would be their mission with anti-Brahmanism being central to their political and social action. But Phule and Ambedkar differed on the strategy and the choice of caste alliance for this mission. Phule argued that Stri, Shudra and Ati-Shudra should come together to fight this battle. Later, Ambedkar was not sure about this alliance.

Ambedkar fought a long social and political battle against the caste system and against those who were in its favour, especially Brahmins. Ultimately, Ambedkar forced liberal Hindu nationalist leaders to accept his demands. “One Man, One Vote” was considered a revolutionary measure, along with reservation for Scheduled Castes (SCs) in government jobs and in educational institutions. However, Ambedkar also warned about entering into a world of contradiction, with social and economic justice yet to be achieved. It would be a while before OBC got reservations though. While different states introduced measures that brought them some relief, the Union government implemented Mandal Commission recommendations on reservations for OBCs only in August 1990.

By delaying reservations for OBCs, the State reduced Ambedkar to a Dalit leader. Ambedkar’s battle was against the entire caste system, not merely against untouchability. However, this meant that there was scope for a separate leadership among OBCs. In the pre-Independence period, in 1933 to be precise, Triveni Sangh, was born as an alliance of Kushwahas, Yadavs and Koeris against Bihar’s Rajputs and Bhumihars. In the post-Independence period, R.M. Lohia highlighted the need of reservation for OBCs with the slogan “Sansapa ne bandhi gaanth, pichda pave sau me saath”. After breaking away from the Praja Socialist Party and then from the Socialist party, many OBCs leaders emerged. Karpoori Thakur, Ramswaroop Verma, Jagdev Prasad, Lalai Singh Yadav, and others were some of the prominent leaders in Bihar and Uttar Pradesh. Like their predecessors, they had “annihilation of caste” as the mission and “anti-Brahmanism” as the means.

Ramswaroop Verma established Arjak Sangh, in which Jagdev Prasad and Lalai Singh Yadav later joined him. In the 1970s, they mobilized OBCs and Dalits against Brahmanism and the caste system. However, the political impact of Arjak movement was limited to certain districts in Uttar Pradesh – Allahabad, Kanpur and some parts of Faizabad­ –as the social condition was not conducive. The graded inequality of society had put Shudra and Ati-Shudra at loggerheads. Ambedkar’s fear of the alliance of Stri, Shudra and Ati-Shudra failing was coming true. Meanwhile, with the arrival of Dalit Shoshit Samaj Sangarsh Samiti (DS4) ­– the precursor of the Bahujan Samaj Party (BSP) –the question of leadership of Bahujans (85 per cent of the population) gained prominence. The fight over the leadership, between OBCs and Dalits, has had a long-term impact on the social justice movement. Because the influence of Arjak Sangh was confined to certain pockets, the large population of Dalits in Uttar Pradesh made DS4 an immediate success.

BSP got overwhelming support from Dalits and the most backward castes in Uttar Pradesh. On the other hand, the dominant backward castes like Yadav, Kurmi and Koeri were reluctant to accept its Dalit leadership. Once political power became the main objective, the mission of Phule, Ambedkar and Periyar became lost in practicability. Both put Brahmanism in the backburner. Having started with the rhetoric of anti-Brahmanism and anti-casteism, BSP became about somehow grabbing power. This has benefited the Jatavs and Chamars of Uttar Pradesh. BSP started compromising with castiest and reactionary forces in society. Who will forget “Haanthi Nahi Ganesh hai, Brahma, Vishnu, Mahesh Hai”? On the other hand, post Mandal, OBCs returned to the political scene in a different, ambitious avatar. The first role they played was as defenders of reservation in government jobs and educational institutions.

The OBCs today, individually and collectively, neither have a social goal, nor the means to get there. Structural change is not one of its motives. It has a problem with Brahmans who are at the top but not with Brahmanism. Their sole aim is to climb to the top, to be the new Brahmans or Rajputs. They can take up any issue that puts them at the top. In Bihar, for example, it could be secularism or a right-wing agenda or politics. This ambitiousness and the feeling of being left out of development explain the OBCs’ support to the Bharatiya Janata Party (BJP) in the 2014 General Election.

Meanwhile, BJP has adopted the policy of accommodating their ambitions by giving them enough representation. In fact, BJP has been continuously working on mobilizing the support of other castes like Maurya, Koeri, Kushwaha, Kewat, Jat and Rajbhar. Similarly, BJP is targeting, ambitious non-Chamar and non-Jatav Dalits and most backward castes by offering them representation. In fact, today BJP is becoming an umbrella political outfit like the Congress was once.

The State’s focus on Dalits may have created the rift between the two potential social allies against Brahmanism. Some see it as a ploy of the “brahmanical” State. This is what led to the emergence of a separate set of OBC leaders. But political parties espousing social justice have failed in addressing the question of development among all the backward and Dalit castes. This has left most of these castes desperately looking for growth opportunities, and the right wing has smelt opportunity to draw these castes to itself. Hence, Phule, Ambedkar and Periyar have been reduced to electoral tools. Their vision for a transformed society has been forgotten. This needs to change. 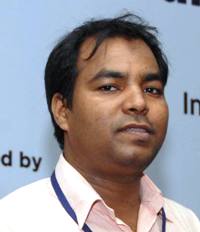