For decades, Mahishasur has been portrayed as a villain. In North India, Dussehra and Diwali are celebrated sometime during the months of October and November. During these festivals, the killing of Mahishasur by Durga is hailed as victory of good over evil and of gods over demons. On the other hand, Mahishasur is commemorated in many states. Asurs, Gonds and many other tribal communities consider themselves to be descendants of Mahishasur. They see Mahishasur as their hero who helps them tide over difficult times. 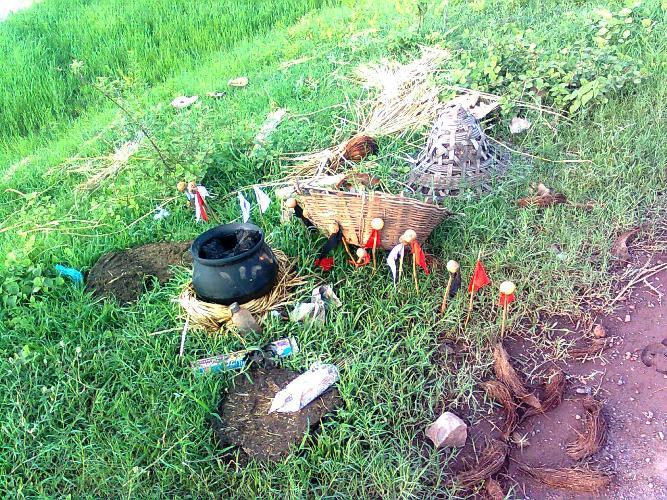 I belong to Chhattisgarh and from my childhood I have seen tribal communities here commemorating Mahishasur sometime between January and March. The commemoration generally coincides with harvest festivities. 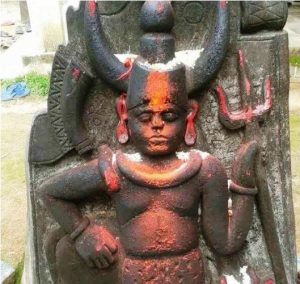 There is a village called Damru in Baloda Bazar district, Chhattisgarh. The village boasts a large number of ancient Shiva temples and idols of the deity, all maintained by the Archaeological Survey of India (ASI). The residents of the village consider Mahishasur the village deity in Damru. They sacrifice a pig and thank Mahishasur for the good harvest after the crops are ready for harvest or have been harvested.

Many folktales woven around Mahishasur are current in the Bhaisma village of Korba district. One of them talks of a wild boar that used to come to the village pond and roll about in the slush. Today, the locals commemorate Bhainsasur at that spot. They treat a stone as the symbol of Bhainsasur and, once every three years, sacrifice a pig amid a ceremony that is held after the harvest, sometime in January and February.

At Pulali Kala village of Korba district, members of the Panika community commemorate Mahishasur. There is an ancient Shiva temple about 8km to the east from the village, which is a protected monument under the ASI Act. The Panikas are the dominant community here. Here, too, every three years, in the month of February, the residents commemorate Mahishasur once the crops are ripe for harvest. During the festival, they perform “Chauka Arti” and sing Kabir’s couplets and devotional songs. The Panika Samaj has its own scripture, which is a collection of Kabir and other saints’ poems and devotional songs. They perform Chauka Aarti on the basis of this scripture. 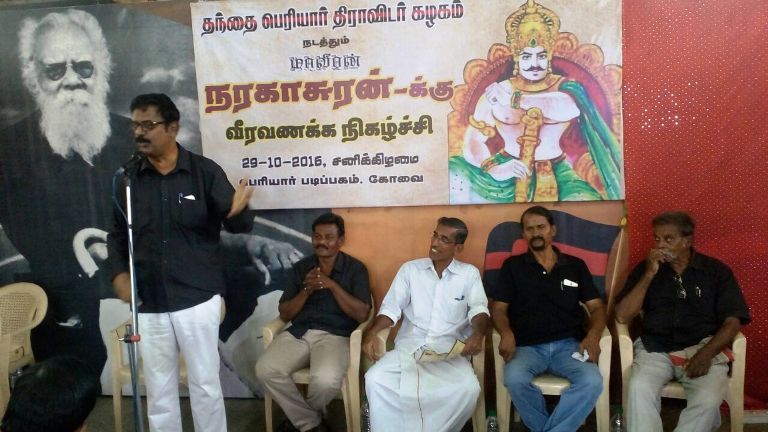 Surguja is a predominantly Tribal district of Chhattisgarh, adjoining the Sonbhadra district of Uttar Pradesh and Gumla district of Jharkhand – both of which are also tribal-dominated and are home to the Asur, Kol and Uraon tribes. There is an emblem of Mahishasur in the Odgi village of the district, where these tribes commemorate their hero on the Ekadashi of the Shuklapaksha of the month of Phalguna. The Patel (village chief) leads the puja, offering “karra” and “chadha” (farm equipment), white cock and liquor to the deity. The people here commemorate Mahishasur once every three years.

Bhainsajhar is a village in Bilaspur district, located on the Ratanpur-Kota road. Once upon a time, this area was thickly forested and in the middle of the forest stood a lake called Bhainsamoodha. The village has been named after the lake. Bhainsasur is the presiding deity of this village. The residents of Bhainsajhar commemorate Mahishasur once every three years by sacrificing a pig. They invoke Bhainsasur for the protection of the crops.

Mahendra Pratap Singh teaches at Raj Higher Middle School, Kondatarai, Raigarh (Chhattisgarh). He belongs to the Raj Gond tribe and is an expert on Adivasi traditions.