Dev Jatra, the procession held in memory of Pari Kumar Lingo, will begin on 29 March 2018. This three-day event will be held in Semargaon, Amabeda, in Kanker district (northern Bastar), Chhattisgarh. To be held in this village around 30 kilometres from the district headquarters, this event has already become the talk of the town. A large number of Tribals (Adivasis) from various states will take part in this event. The preparations are at the final stage. 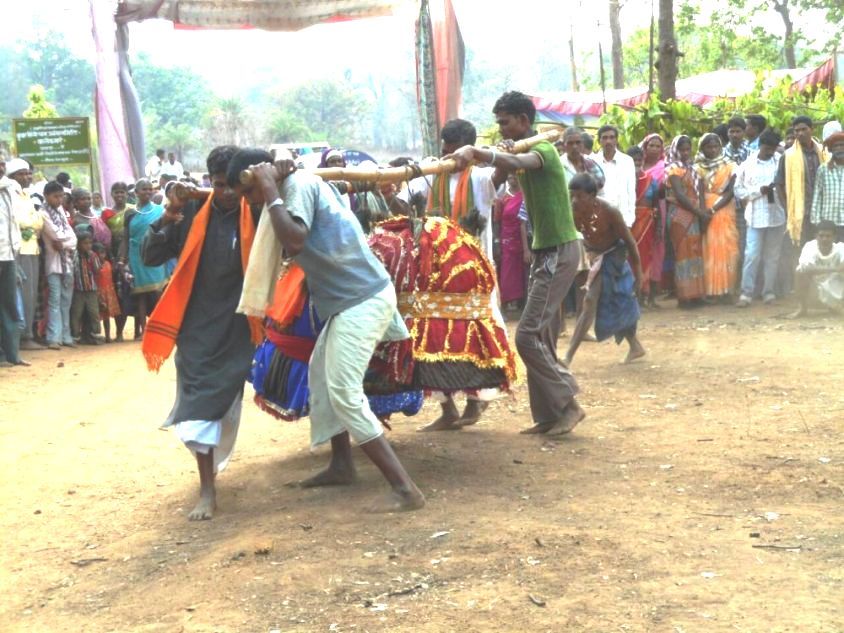 What is the tradition linked to Pari Kupar Lingo?

In the tribal tradition of Gonds, Pari Kupar Lingo is considered the first natural scientist. He is also remembered as the father of music. In this procession of Pari Kupar Lingo, 33 tribal communities representing various village deities (Aanga Pen) are invited (Nevta). Adivasis from states like Maharashtra, Andhra Pradesh, Odisha, Bihar, Jharkhand, Karnataka and Madhya Pradesh turn up in large numbers. A majority of them are women. The centre of attraction of this Dev Jatra, dedicated to nature, is the Endana Daka (a dance that involves moving the feet to the beat of 18 musical instruments) and Guru Lingo Pen’s incredible Pen Karsad (a group dance performed after funerals). 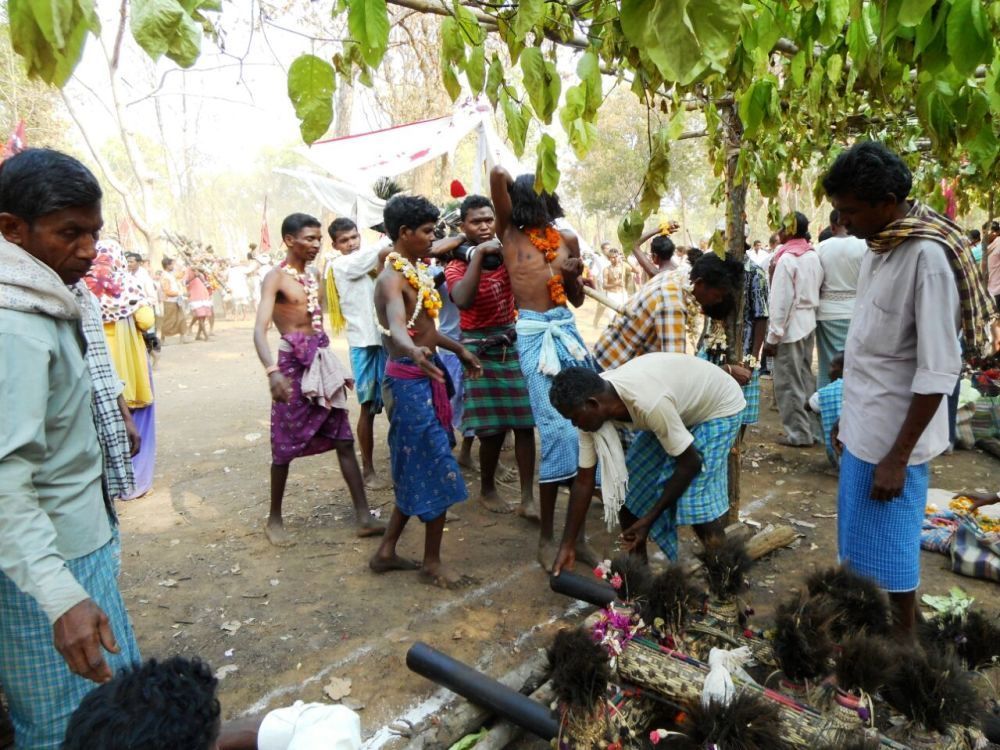 Adivasis in attendance at the 2013 Jatra

When Lingo is moved from his seat for the procession, bunches of green bamboos are struck against each other, producing a distinctive sound. This is called Jhati. It is believed that the deity himself selects five people to carry him by entering their bodies. These people move in a column, the first armed with a bow and arrows, the second with a sword, the third carrying a figure made of peacock feathers and the fourth, a chhatar (a decorated umbrella used for protecting the deity during religious processions). This scene is absolutely fascinating. The melody of the musical instruments enlivens the jungle.

People participating in this jatra come with their food and drink. The police, an armed person or anyone in uniform is prohibited from entering the jatra area. Those in uniform can change into their plain clothes and participate in the programme. Furthermore, the organizing committee has completely banned the sale and use of commodities packed in plastic, of foreign liquor and of other materials that pollute nature to keep the pristineness of the the forest area and traditional customs intact. 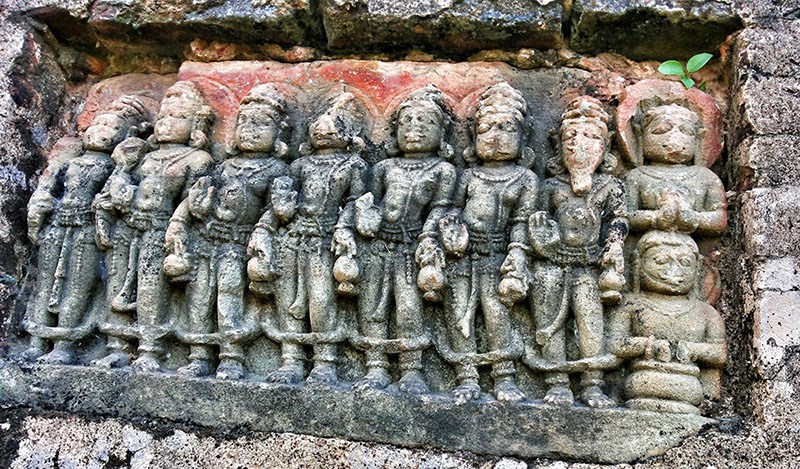 Seven Devas and their mother Jango (far right, front) and father Lingo (far right, back) among the statues adorning the walls of the fort of Gondi Netam dynasty

Pahandi Pari Kupar Lingo Karsad and Dev Jatra are held every three years, although the tribal elders say that 50 years ago the procession used to be held every 12 years. This followed the belief that the bamboo blossomed after 12 years, which symbolized a lack of rainfall. People used to take out this procession for a return of the rain. The elders also believe that the date of the Jatra was decided according to the position of the moon and with the permission of Aanga Pen (local deities). Accordingly, the preparations would start a year in advance.

According to the organizers, the Penak Padghaav (the ritual of establishing the deity on his seat), Pen Neg (ritual) and Vinti (prayer) will be done on the first day, that is 29 March. On the 30 March, the second day, the Aanga Penak ritual, a prayer to the Gods for the prosperity and peace of the entire bio-system on Earth, the unique Pen Karsad dance. On the last day, that is 31 March, Hajor Bumkaal (another ancestor) and the brothers of his gotra examine the new representations of Pen Banas and Pen Sirhas. Settlement of the Pen-related cases, spreading awareness about the natural and environmental protection, identification of Tonda-Manda-Kunda (birth, marriage and death), Gad-Manda-Jaaga (clan, etc), imparting knowledge about the Pen system and its review are the other activities. Rituals, including bathing of the Pen in the pond, Raud Pravesh of Lingo Pen and farewell rites of the visitor Pen, will be performed.

It is noteworthy that this centuries-old event, comprising primitive customs and rituals, has also been a means of sociopolitical interactions among the Adivasis of the region.

(Chandralekha Kangali has translated the Gondi words used in this article into Hindi.)

Translated from Hindi into English by Devina Auchoybur

Mahishasur: Mithak Va Paramparayen, the keenly awaited title from Forward Press Books, has been released. The first of its kind, the book traces the origins of myths related to Mahishasur and enunciates the ideology of the Mahishasur Movement. It also boasts anthropological studies of the Asur tribe and articles that detail the present condition of the community 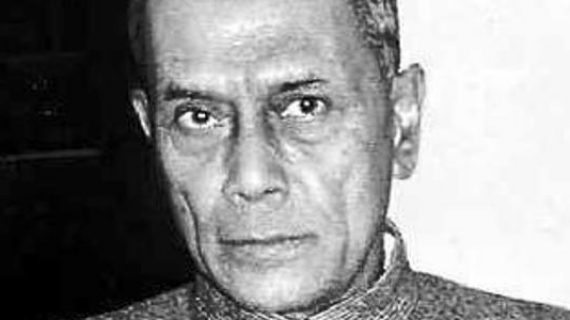 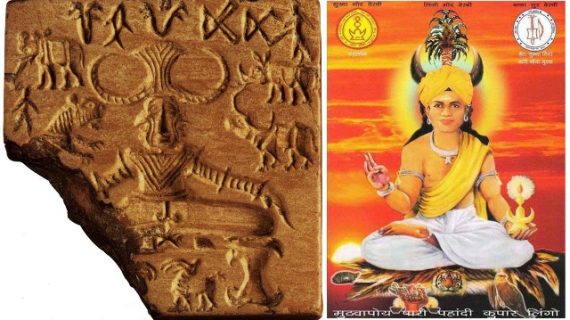 A deeper research into the myth of Mahishasur and Sambhushek, the Gond religion, and Asur, Sraman, matriarchal, Tantrik and Lokayat philosophies, is needed. Such a research would unearth the original structure of Bahujan society, its evolution and its downfall and would enable us to understand the brahmanical or Aryan conspiracy in its totality. It would also expose the Sanatan conspiracy that is being hatched in our times