Bharatiya Janata Party is trying to exploit Atal Bihar Vajpayee’s death like the Devas exploited Dadhichi’s. Vajpayee’s ashes have been collected in 4,000 pots and elaborate programmes are being held across the country for emptying them into rivers. The party is trying to paint the former prime minister as a great man. However, the truth is that he has done nothing for which he should be remembered. On the contrary, he may be remembered for many of his decisions that affected lives adversely. 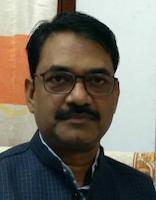