People of every caste, sect, religion and ethnic group have evolved from some or the other tribal community. In other words, people of all castes and religion have passed through the tribal way of life. History is witness to the earliest evidence of evolution from from a tribal way of life to civilized citizens – it is the Indus Valley Civilization (Harappa and Mohenjo-daro) and it has been proved that the valley had a developed city culture that had evolved from the aboriginal people and tribes of India.

The so-called civilized society of the day perceives Adivasis as a separate race, which is not a correct viewpoint. Despite these tribes being the first to experience the dawn of development – a number of advanced civilizations evolved from them, they ruled central India for thousands of years, they were far advanced in terms of language and culture – they are called “Adivasi” even today. The manner in which they are condescendingly addressed as Adivasi is extremely disturbing (Katulkar 2018).

The Constitution of India eschews the term “Adivasi” and instead uses the term Scheduled Tribes or “Anusuchit Janjati”. Whatever might be the term used to denote the tribes during the British rule, it was a fact that their condition had become pathetic and their pride and honour were completely destroyed (Katulkar 2018).

The rich culture of the Scheduled Tribes: Youth in traditional attire

The Government of India has recognized the tribal communities as Scheduled Tribes in the Schedule 5 of the Indian Constitution, and like Scheduled Castes they have been put under a single category so as to make them eligible for certain affirmative action (Meena Ram Lakhan 2010).

The tribes were the first people on Earth to become civilized. Yet, those who became civilized later are denigrating the tribes as Adivasi while priding themselves as leaders of the civilized world. One could have been thankful had it been limited to this alone. However, Tribals themselves believe that they are Adivasis and take pride in having themselves acknowledged as Adivasis, which is extremely unfortunate.

The community, which once proudly claimed that they were the descendants of Koya or Koyatod or Koitur (born from the womb of the earth), has today been overawed by other cultures, thus losing its identity and bearing the ignominious form of address imposed by others (Kangali, 2011).

When a slave accepts himself as a slave and enjoys the feeling of being a slave, it is impossible to free him from the bondage of slavery. Something close to this situation prevails among the Tribals in India today.

As such, a variety of words are used to describe the Tribals, such as Mulnivasi, Deshaj, Vanvasi, Girivasi, Girijan, Jungli, Adim and Adivasi. However, Adivasi is the most negative and obnoxious among all of them.

Generally, the term Adivasi is used for tribes that has existed since ancient times. The word “Adivasi” is made up of the two words “adi” and “vasi” and means a person or community inhabiting a geographical area (Kharte 2018).

Indian mythology and religious texts refer to them as Atvika and Vanvasi. Mahatma Gandhi has referred to them as girijan (those inhabiting the forests) (Meena and Meena 2018).

The word Adivasi is not found in any tribal language. It was never used in ancient times. It is not found in any texts such as Vedas, Puranas, Samhitas, Upanishadas, Ramayanas, Mahabharatas, the Quran and the Bible. This word gained currency in the beginning of the 20th century and is found in Hindi and Sanskrit languages with the same meaning.

By the absence of the word “phylon” (genetically related group, tribe or race) in dictionaries up to 1879 it may be assumed that the word “Adivasi” had not become common until then. By 1936, the word may have established itself in the consciousness of Hindi-speaking populace, because Rasal had included the word in his dictionary. It appears that this word has been translated from the English word “aboriginal”. The word has been the topic of discussion for the last few decades and has been widely used since the arrival of the social media.

The term Adivasi is neither Constitutional nor official and it isn’t respectable either. According to the Indian Constitution, this term should not be used in any official document, but some state governments and organizations are deliberately promoting this word and misleading a large section of the population.

If we go by the literal meaning of the word Adivasi, then you may not find anything amiss. But, as soon as you understand the essence and its related explanations, you will find that this word bears perverted mentality and a feeling of hatred. When someone calls someone else Adivasi, then the image of a barbaric, uncouth, naked, savage, illiterate, black person is formed in his mind. It is not the word but the image that it paints that is painful. One wonders whether the people belonging to these tribes are abnormal creatures from a different planet and if they can’t get respect and status like a normal human being.

Also read: Jaipal Singh Munda: Hockey champion and the voice of the voiceless

Today, an Adivasi is perceived to be a thief and an uncouth, unlettered, semi-naked human because TV media channels, literature and films deliberately portray us in that manner (Kharte 2018). In north and central India, the “Adivasi” has become a swear word.

The way litterateurs, historians and even the general public have projected the word Adivasi is extremely damaging and shameful. It is a blot on the glorious civilization of the virtuous tribes. It is unfortunate that the Tribals themselves want to persist with this tag even though they are aware of the insult or negative connotation that it carries.

Now the question is: Why do people use the term if it is so disgusting, humiliating and negative? Why are they unable to discard the term even though they know that it is wrong to use it? What I found during a survey was astonishing to say the least.

Sohrai Art: Women painting the walls of their houses

A total of 156 organizations carrying the term Adivasi in their name with an online presence – those on Facebook, WhatsApp and having a website – and registered under the Societies Act were asked whether they were familiar with the negative connotation of the word “Adivasi”. More than 80 per cent replied in the affirmative. They said that the word was wrongly used to insult us. When they were asked to omit the term if it was insulting, the reasons they gave were extremely naive and laughable:

Political parties and organizations face different kind of issues. All they need is a crowd. They have nothing to do with the self-respect and self-esteem of the Tribals. They look at the entire tribal community as a vote bank. They have united the Tribals under the word Adivasi and are making tall promises to them. Political parties and organizations believe that the word Adivasi unites different tribes. If it is so, then do the terms Janjati or tribes segregate them? When I suggested that even “Tribal” or “Janjati” could unite them, they had no answer and give baseless excuses. Is a particular section of this country biased or does it have an issue with the Tribals? Why does the so-called civilized society not want to accord respect to the Tribals? Why is it hell-bent on treating them as barbaric, illiterate, idiot, ugly, savage? What do they possibly gain by this kind of treatment? Society will be confronted with these questions repeatedly until it does not treat the tribes with respect and equality.

Let us try to understand this with another example. You mine iron ore, refine it to make iron, refine it further to make steel and out of steel manufacture pipes or some other items. Do we refer to these items as made of iron ore or iron? No, we refer to them as steel items. But, howsoever educated, cultured, good-looking and well dressed a Tribal may be, today people will regard him as Adivasi only. Why? Let us understand the difference between Adivasi and Janjati (tribes):

Table: Difference between Adivasi and Tribes

Now that you know the difference between what the two terms suggest, you may decide for yourself what you are? To shape the resplendent future, Tribals will have to take in their glorious past and be proud of their culture, language and history. Rags given by others need to be discarded and replaced by own unique attire.

Now the time has come for Tribals to unite under the constitutional term and organize themselves to launch a struggle. If the entire community decides to shun the word and file a defamation case against those uttering the word “Adivasi” or using it, then its use will disappear.

Surya Bali ‘Suraj’ is a medical doctor at AIIMS Bhopal and also an authority on the Scheduled Tribes. He has published articles, poems and songs based on tribal culture and society in newspapers and magazines. Besides being honoured by WHO, UNICEF, CARE and IMA, he is a recipient of the Kalu Ram Memorial award (2007) and a Ford Foundation fellowship 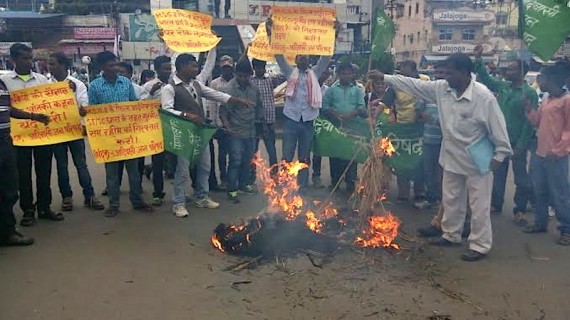 The film brands Advasis as “shaitans” and portrays Gurmeet Ram Rahim Singh as an “insaan” who has been making “insaans” of these “shaitans”. There is nothing new in this assault on the identity and existence of Tribals. It has been happening for thousands of years