You put in your papers just before the beginning of the Parliamentary session. What led to your disenchantment with the NDA?

In my resignation letter sent to Prime Minister Narendra Modi, I have written that we had joined the NDA led by him with great hopes. We had extended support to the NDA due to the promises it had made to the people of Bihar during the run-up to the 2014 Lok Sabha elections. Modi had promised a special package for Bihar but that did not come about. The truth is that the Modi government did nothing for the development of Bihar. The state is still where it was in 2014. The education and health sectors in the state are in a shambles. 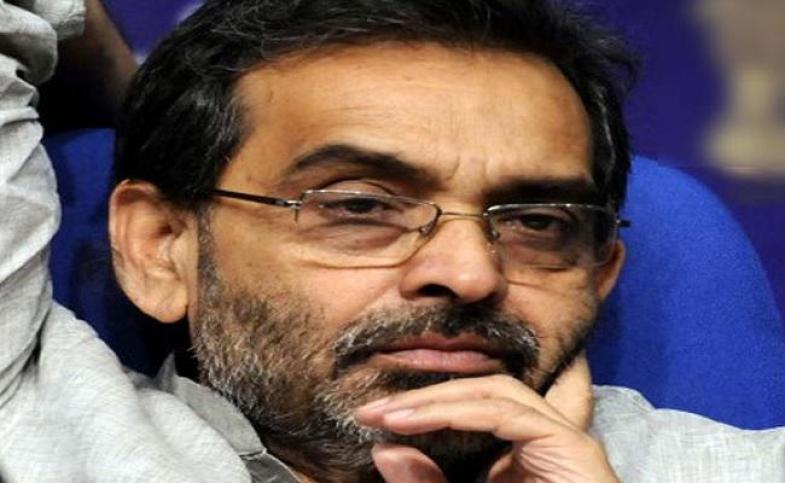 It seems your complete disillusionment with Modi was why you quit.

You are absolutely right. We had great hopes from Modi, as he was an OBC. That was what had drawn us towards him. We were hopeful that after becoming prime minister, he would give top priority to his assurances with regard to social justice and would work in the right direction. But he did not stand up for social justice. He has disappointed the OBCs, who are feeling cheated.

Any other reason for OBCs becoming disillusioned with Modi?

There is not one but many reasons. To begin with, we and some other parties had demanded that the report of the caste census be made public. An assurance was given that it would be done but it wasn’t. Thousands of crores of rupees spent on the exercise have gone down the drain. OBCs are disappointed because they were hopeful that the caste census data would help draw up programmes and agenda for the development of the OBCs. It would have made the government’s task easier. The prime minister had also promised subcategorization of the OBCs but that too was not done. A commission was formed under the leadership of former judge, Justice G. Rohini, for the purpose but the necessary data was not made available to it in time and the result was that the report was delayed. Now, its tenure has been extended up to May 2019. But by then, the tenure of this government will also end.

Any other move of the Modi government that angered the OBCs?

After the Modi government came to power, vacancies were advertised department-wise and not university-wise and that hit the interests of the OBCs. Taking department as a unit led to reduction in the number of reserved posts. People associated with the RSS were inducted into universities at the cost of the OBCs.

You were a minister of state in the Ministry of Human Resource Development. Then, how did this happen?

I opposed it and had the process stopped but by that time a large number of appointments had already been made in the Central Universities. Earlier, the process of recruitment took 6-10 months to be completed but this time, it seemed, as if the university administrations were just waiting for the new UGC (University Grants Commission) directives. As soon as they came, posts were hurriedly filled up. This cost the OBCs dear.

Anything else that hurt you?

The list is a long one. The long and short of it is that the government did not work for social justice but instead implemented the RSS agenda and that continues. The government is working on the RSS agenda. In these circumstances, I thought it was no use continuing in the ministry for even a minute longer and I resigned.

You talked of RSS agenda. What is your take on the Ram Temple in Ayodhya?

The temple issue is being raised just to divert the attention of the people. It is not the job of the government or the political parties to decide where a temple or a mosque should be built. If a temple has to be built, it should be done in a proper manner. This country is run in accordance with the Constitution and our Constitution is based on the principles of secularism.

What have you to say about your party’s differences with the NDA on the issue of seat sharing?

They were trying to weaken us by giving us fewer seats. Clearly, Nitish Kumar and BJP were trying to destroy our party. The BJP, in the last assembly elections in Bihar, even after making an announcement, reduced our seats at the last moment while another ally, the Lok Janshakti Party, was allotted more seats. If this was not an attempt to ruin us then what was it?

Now that you have resigned, what are the options before you?

All options are open, except NDA. We can also go it alone. Then, there is Mahagathbandhan and the Third Front. I will take a final decision on this matter after consultations with the leaders of my party.

Your party has launched a campaign in Bihar against the collegium system? Tell us something about it.

I believe that the collegium system should be abolished and a judicial commission should be constituted. Just as the youth of any community or class can become IAS and IPS officers through the UPSC examination, similarly, the judges should be chosen through a competitive examination by the judicial commission. This would afford opportunities to all and besides the exploited and deprived classes, the poor savarnas would also be able to compete. This would end the monopoly of select families. Since Independence, just around 150-200 families are running the top judiciary. After the 1993 judgment of the Supreme Court and consequently the collegium system that came into being, there is no place for others in the judiciary.

This system has been there for the past several years. What problems do you have with it?

This is a valid question. I ask you: Haven’t the deprived and exploited classes started seeing the judiciary in a negative light over the past couple of years? Today, they have faith in the judiciary as an institution but not in the individual judges. The members of these communities feel that the judges do not represent India; they represent their own castes and communities and their families. There can be no two opinions that the current system of appointment of judges is not democratic and transparent. This issue needs to be looked into.

What efforts are you making in this direction?

Our party has been consistently demanding the abolition of the collegium system. In April last, we had launched an awareness campaign on this issue from Delhi. It was named ‘Halla Bol, Darwaza Khol’. It has now spread to Ahmedabad, Kolkata, Lucknow, Ranchi and Patna and up to the block level in Bihar. In November, we conducted awareness campaign in Muzaffarnagar, Gaya and Munger districts and in January, we propose to take it to Buxar, Arrah, Purnea and other districts. Due to this campaign, people – even the rural people – now understand what the collegium system is. The day the voice of the people grows strong, change will come about. We, our party, are focusing on it.

You have been talking of educational reforms. You had also launched a signature campaign in Bihar on this issue. What are the shortcomings that you can see?

Yes, we had launched a signature campaign on educational reforms in Bihar to draw the attention of the government and the administration to the dismal state of the education sector. The theme of the campaign was ‘Jan-Jan Ka Adhikaar, Shiksha Mein Sudhaar, Shikshak Mein Sudhaar’ and we have put forth a 25-point charter of demands. We demanded that the teachers teach and not play the role of cooks and also that madrasas be modernized. The teachers who are not competent should be given an opportunity to improve and if they fail to do so, they should be transferred to some other department.

UK: Need I say that? Now I am free. I will meet people and openly talk about the collegium system and other Bahujan issues. 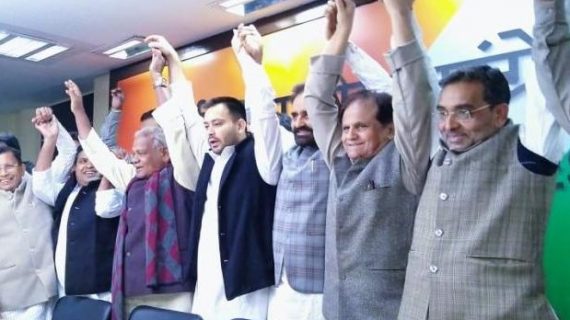 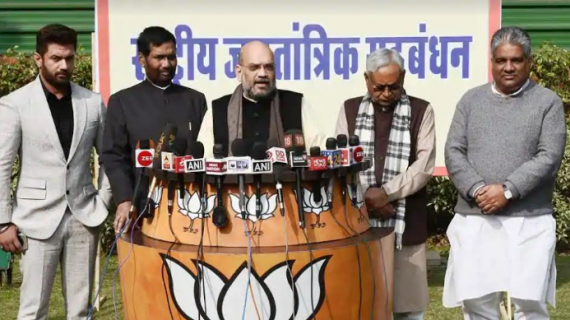