Lokesh Sori is back home after three months in hospital. He was admitted to the Dr Ambedkar Memorial Hospital in Raipur after doctors in Kanker diagnosed that he had cancer. The news was of course saddening. But worse was to come when Manuvadis declared that his disease was the fallout of him registering a case against the worshippers of Durga. They said he would not be cured until he bowed before the idol of Durga and sought forgiveness.

Lokesh Sori thus was not only battling the disease, which was getting worse by the day, but also the rumours spread by the Manuvadis. He was worried that if he died, the canard spread by the Manuvadis would be validated and the movement against the Brahmanvadis in Kanker, which he had so labouriously built over the years, would die. But he did not concede defeat.

He was told by the doctors at the Raipur hospital that he was suffering from maxillary cancer, which was entirely treatable. He was also told that he did need to undergo a surgery. “The assurance given by the doctors was a great confidence booster,” Lokesh says. “Earlier, I was worried that the operation would cost a lot of money and there was no guarantee that I would be cured. I underwent chemotherapy for the first time at the Raipur hospital on 23 October 2018. Around 33 fomentation sessions followed. In the beginning, the pain was unbearable and pus kept oozing from my nose for more than a week. I was on a liquid diet.” 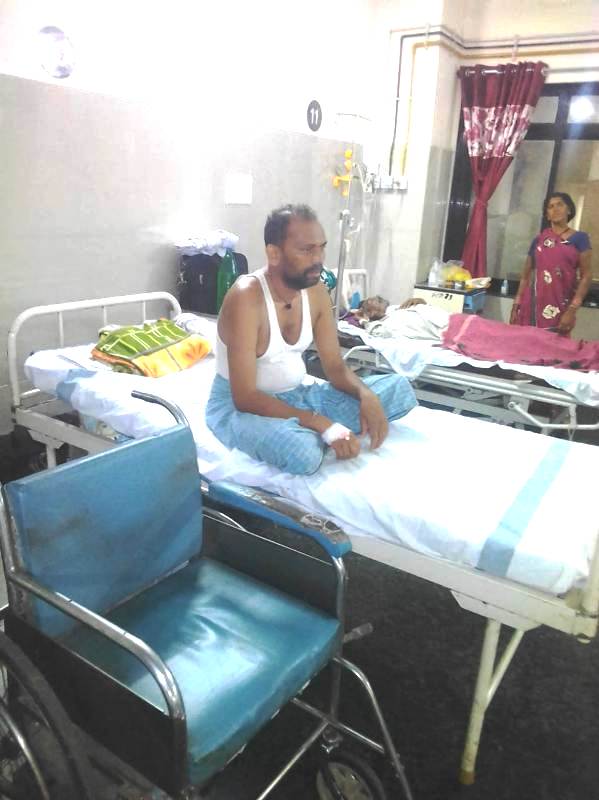 Lokesh says, “Initially, I had given up. I became hard of hearing and whenever I opened my eyes, I encountered only darkness. I thought that it was due to weakness but it was not so. The disease had started taking its toll. But with fomentation sessions, my condition started improving. When the doctors permitted me to go home for 20 days, I felt as if I had vanquished death. In fact, earlier, the day I left Kanker for Raipur with my brother Khamesh Sori, I had felt that it was my last journey and that I would not return alive.”

Who is Lokesh Sori?

Lokesh Sori lives in Pankhajur block of Chhattisgarh’s Kanker district. He was born into Ganda – a Scheduled Caste – community and was elected as councillor from ward number 9 of Pankhajur. He was also the president of the BJP Scheduled Caste-Scheduled Tribe cell, Kanker. Lokesh became the talk of the town, when on 27 September 2017, he had a case registered against the worshippers of Durga. This was a historic case. It was for the first time in India that someone had a case registered against the portrayal of the slaying of Mahishasur by Durga saying that they revered Mahishasur. He had also quoted the provisions in the Fifth Schedule of the Constitution to buttress his complaint.

The filing of the case came as a shock for the police administration all the way from Kanker to Raipur. This was a challenge to the Manuvadi beliefs, too. The result was that within the next two days, he was booked and arrested. He was accused of circulating a message defaming Durga on WhatsApp, which, it was alleged, had hurt the sentiments of the Manuvadis.

But the police could not gather enough evidence to keep him in jail for long and he was out on bail within 17 days. His release was an occasion for celebration for the Dalits and Adivasis of Kanker. Lokesh soon became a hero of the battle against Brahmanvadis in Kanker. He was at the forefront of all movements against Brahmanvadis in the area.

It began with sinusitis

Things were going according to what Lokesh wanted when he developed some problems in the nose. Initially, the doctors diagnosed it as sinusitis and started his treatment. But when his condition started worsening instead of improving, he visited a bigger hospital at Kanker, where the doctors told him that he had cancer.

Also read: The cancer is not only in Lokesh Sori’s body but also in the Dwij mind

“When the doctors first said that it was cancer, I was shocked beyond words,” Lokesh said. “And when I was told that it was an unusual form of cancer, that its treatment would cost a large sum of money and that there was no guarantee of cure, it was like my end was near.”

Lokesh adds: “The Manuvadis soon opened a front against me. They said my ailment was the outcome of Durga’s wrath. My family members were almost convinced that it was so. I went into depression. Even I wasn’t sure enough to rule out this possibility. Then, FORWARD Press published a story titled ‘The cancer is not only in Lokesh Sori’s body but also in the Dwij mind’. The story said that cancer had nothing to do with the filing of the case and that Guru Golwalkar, whom the RSS men consider their inspiration, had died of cancer. Goa chief minister Manohar Parikkar was also suffering from cancer. The FORWARD Press story gave me strength. Now, whenever anyone tells me that my suffering is due to Durga’s ire, I tell them that this is a misconception being spread by the Manuvadis to halt the battle against Brahmanism.” 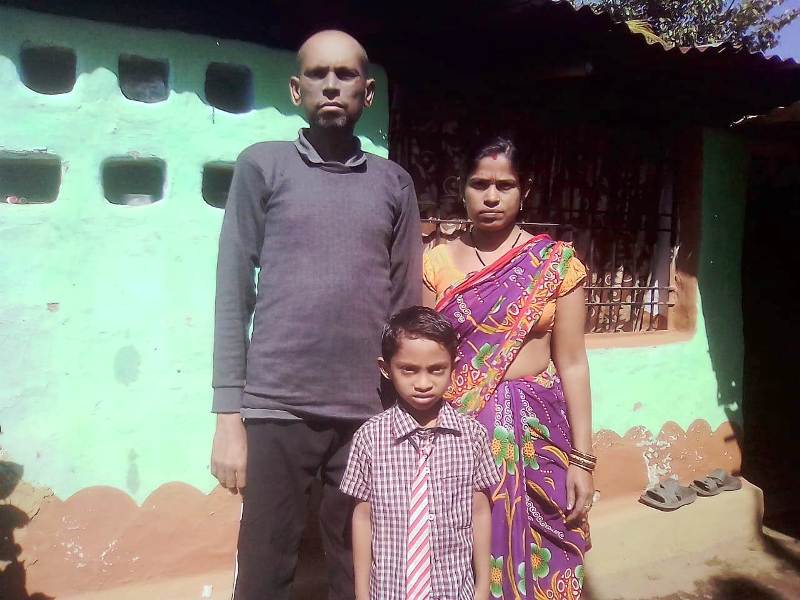 His struggle against Brahmanism to continue

According to Lokesh, the doctors have permitted him to visit his home for 20 days. He has been told that if he faces any problem in this period, he should immediately return to the hospital. He has been at his place for more than a week now and has faced no problems whatsoever. Due to physical weakness, he cannot venture out of his home. After 20 days, he will visit the hospital again for a check-up but he is confident that the doctors will permit him to stay at home for a longer period. As soon as he regains strength, he will continue his struggle against brahmanical elements. 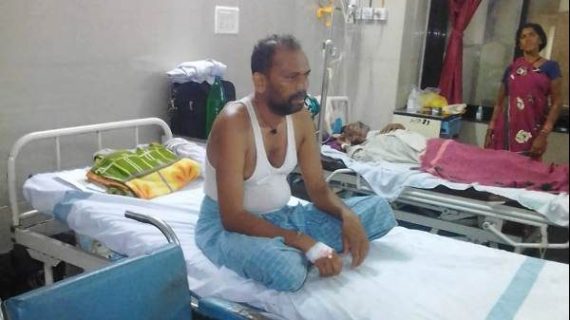 Social and cultural worker Lokesh Sori, who had an FIR registered against the depiction of Mahishasur’s slaughter, is battling cancer. The RSS men are claiming that the cancer is a result of Durga’s ire. But then, Golwalkar, the second sarsanghchalak of the RSS, also had cancer and eventually succumbed. Was he cursed by Mahishasur? FORWARD Press reports