Bharat Kishore Mehar, a research scholar in Pondicherry University, had sent queries under the Right to Information (RTI) to all the campuses of Indian Institute of Science Education and Research (IISER)  about how reservations were being implemented. The replies were shocking. It seems IISERs, established through an Act of Parliament in 2010, have been turned into Gurukuls referred to in Manu’s scriptures, where only the upper castes could get entry.

For instance, there is no provision for reservation in IISER, Mohali. Three posts each reserved for Scheduled Castes (SCs) and Other Backward Classes (OBCs) are lying vacant in IISER-Kolkata. In IISER-Bhopal, 33 reserved posts are lying unfilled while in the IISER-Pune, five posts reserved for SCs, two for Scheduled Tribes (STs) and seven for OBCs have not been filled. Just one vacant post each is reserved for SCs and STs in IISER-Behrampur, Odisha, while IISER-Tirupati has no vacancies (see Table 1).

*Numbers include both professors and assistant professors
#Numbers not provided

Meher also asked for the category-wise distribution of PhD researchers in the institute. He was informed that of the 95 PhD scholars, three are SCs. Thus, IISER-Tirupati has no ST teacher or PhD scholar.

*Numbers include both professors and assistant professors

IISER-Pune has also been flouting the reservation norms with impunity, though the situation there is somewhat better than in IISER-Tirupati and IISER-Kolkata. Here, at the assistant professor level, five posts reserved for SCs, two for STs and six for OBCs are vacant. There are a total of 36 assistant professors, of which 33 are from the general category and three are OBCs. All professors and associate professors are from the general category. The explanation given is: “As per the guidelines issued by the Ministry of Human Resource Development vide letter No. 50-26/2016-TS.VII dated September 18, 2017, reservation is applied [only] at the level of Assistant Professor.” Among PhD scholars, the share of SCs and STs is 6.25 per cent and 1.04 per cent, respectively. 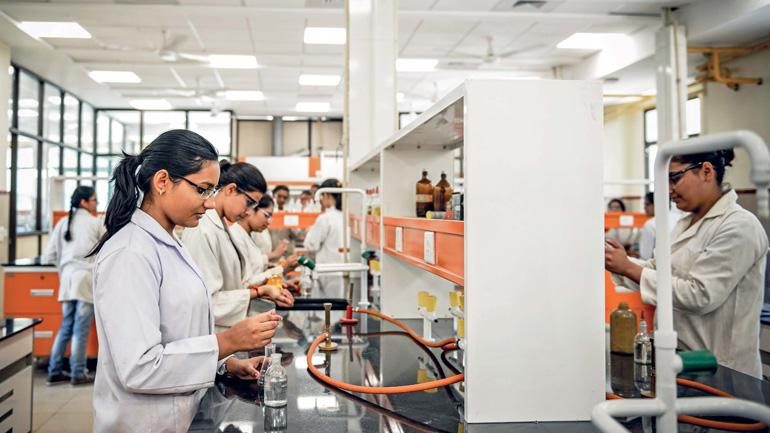 It is clear that the negligible presence of Dalitbahujans in premier science-teaching institutions is due to violation of reservation norms. The dwijs (upper castes) believe that non-dwijs (lower castes) are not supposed to study the sciences. Sonajharia Minz, the newly appointed vice-chancellor of Sido Kanhu Murmu University, Dumka, Jharkhand, narrated to FORWARD Press how her teachers believed that Adivasi girls were not meant to study mathematics. She took it as a challenge to prove her teachers wrong and she did.