Of late, the Adivasi community has grown intolerant of its women who marry men from another caste, community or religion. Why is this happening? Was the community always cruel towards its women? The kind of incidents that are being reported by newspapers and social media – do they mirror our ancient culture and beliefs?

Women and men are equal partners in the building of a society or community. Then why are the women absorbed into the communities of their husbands? Why do women have to face trolling, abuse, character assassination and physical and mental torture and violence if they marry outside their community? Is this a new trend? Is this the invisible assault of Sanskritization that the Adivasis are undergoing inside out?

The outlook, this vice of other communities that women and only women are the custodians of a community’s honour is slowly creeping into the Adivasi community. An example would suffice. On 20 August 2020, an Adivasi woman married a Muslim in Chennai. The invitation card for the wedding began doing the rounds on social media four-five days prior to the marriage. Many commented against the union. Some Adivasis described the wedding as “love jihad”. Others had unsavoury things to say about the woman’s personal life, which were not only hurtful but also undermined her dignity and were defamatory.

Those commenting on social media alleged that boys of other communities eye Adivasi women who have permanent government jobs. They marry these girls to grab their lands and to ensure that their children benefit from reservations. The truth or otherwise of these allegations needs to be determined on the basis of facts.

But this is not happening. Instead, social media was used to put the woman in the dock. She was made to face a panchayat. She was stripped of her dignity. Some even demanded that her Scheduled Tribe certificate be cancelled. Others said that after marriage, she would be served cow meat but not pork. Still others commented that Adivasi women go to non-Adivasi men only to get kicked and punched.

Why such hatred, such ill-will towards your own women? Where is the Adivasi community headed?

As far as attitude to women’s sexuality is concerned, one can hardly see any difference between the Adivasi community and the fanatic Hindu organizations. Is this the impact of the Rashtriya Swayamsevak Sangh, Vanvasi Kalyan Ashram, Sewa Bharati, Bajrang Dal, Vishwa Hindu Parishad and Saraswati Shishu Mandirs that have been active in the tribal-dominated areas? Or is there something more to it? Earlier, the likes of Praveen Togadia who peddled hate in the name of religion were few. Now, there is a crowd of hysterical fanatics all around us and they are out to strangle the brotherhood and fraternity that marks our society. A similar kind of hatred has come to inform the behaviour and utterances of Adivasi men, too.

Adivasi men worry that if outsiders continue to marry their women, they will not be left with women to marry. But is it not a fact that many accomplished Adivasi men have married women from other communities and their wives were given due respect by the Adivasis? Among them were Jaipal Singh Munda, Padmashri Ramdayal Munda, Abhay Xaxa (who passed away recently) and well-known Adivasi scholar and leader Virginius Xaxa. But the Adivasi men never abused them and rightly so.

When hatred is the flavour of the season, the Adivasi community should ensure that it does not lose its sanity. If the Adivasis have lost their lands or if outsiders have encroached on their areas which were their sole preserve, it is because of the Chota Nagpur Tenancy (CNT) Act and Santhal Parganas Tenancy (SPT) Act. It would be ridiculous to believe that outsiders have settled down in Jharkhand – a Fifth Schedule area where non-Adivasis cannot purchase land – only because of Adivasi women. A survey would reveal that these allegations, being made by the Tribal Advisory Council and some elements from within the community, are false.

Be that as it may, it is their ancient culture that distinguishes Adivasis from the others. Love and equality are the foundations of this culture. If there are any problems or conflicts they can and should be resolved through dialogue. 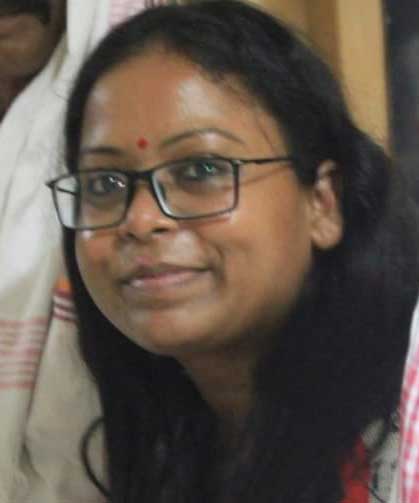 Nitisha Xalxo is assistant professor at Daulat Ram College, Delhi University. She writes regularly on Adivasi and women's discourses and other subjects